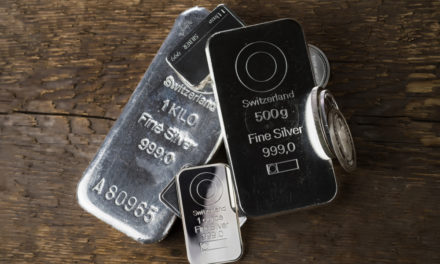 My publisher shot me an email last Wednesday morning. The subject read:

I laughed … at first.

But we do have anecdotal data going back to 3,100 BCE (according to the article).

It’s a ratio that I look at and write about a lot. I last told you about it in the February 24 Winning Investor Daily, that you must buy silver right now.

Since then, the ratio took a crazy turn. Just look at this chart: 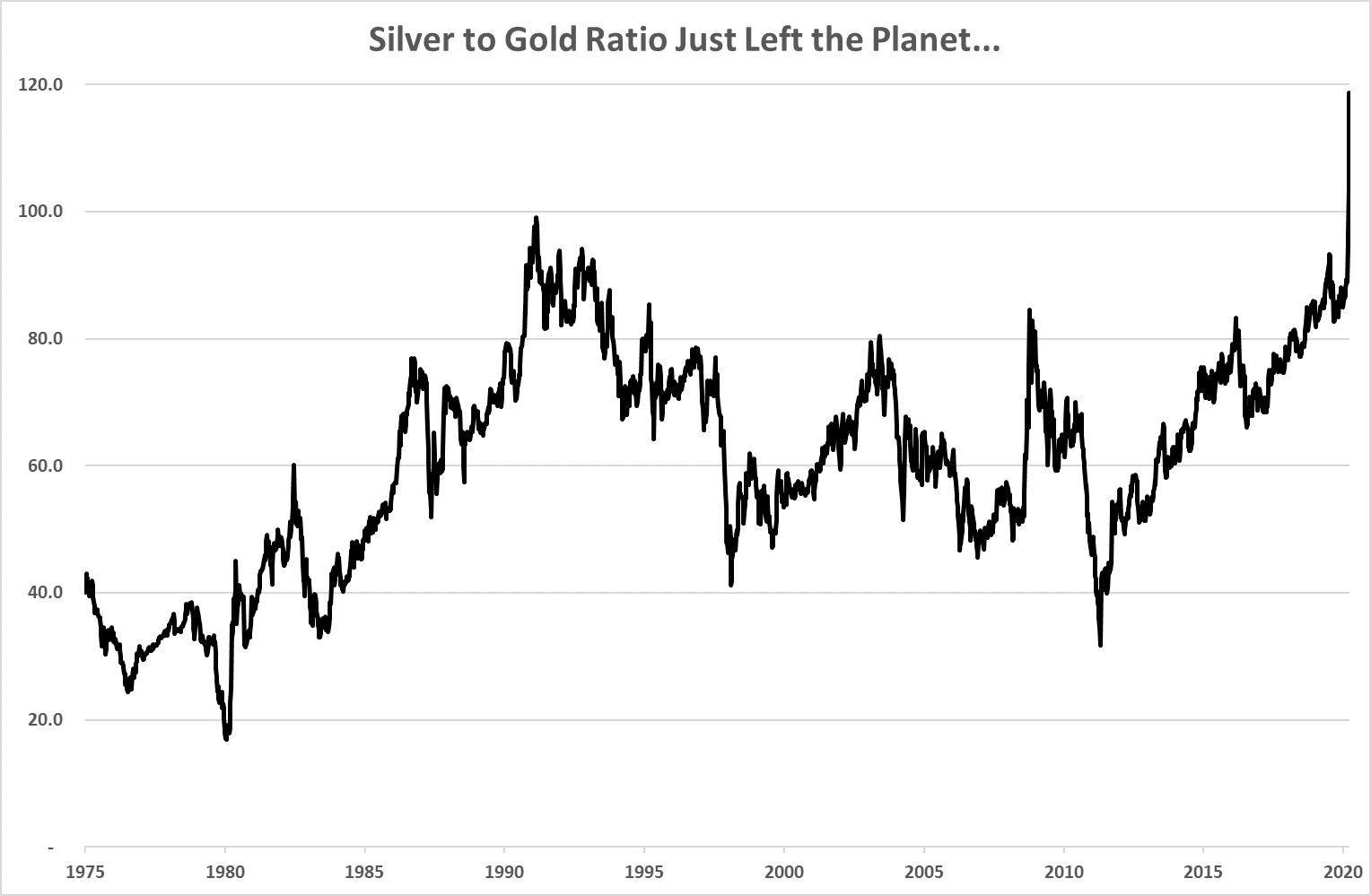 The gold price made similar moves, but not as dramatic. It’s only down 3% from its March 9 high price. That’s why the silver-to-gold ratio went ballistic.

Here’s the thing: The ratio could get worse.

Gold is in crisis. It’s difficult to impossible to get gold bullion right now, according to Ludwig Karl in an interview with Bloomberg. He’s a board member of Swiss Gold Safe Ltd. The company stores gold in secure vaults in the Swiss Alps.

And with the trillions of dollars from global stimulus set to flood markets, we are in for inflation. There’s little chance we’ll see the gold price come back down if that’s the case.

That means the silver price will soon follow gold higher. And potentially much higher.

Every time we see the silver-to-gold ratio break out like this, it results in silver prices going up double or triple digits.

I recommended we jump on this train now, before silver prices soar along with gold. We can buy either the iShares Silver Trust exchange-traded fund (NYSE: SLV) or the leveraged VelocityShares 3x Long Silver exchange-traded note (Nasdaq: USLV). 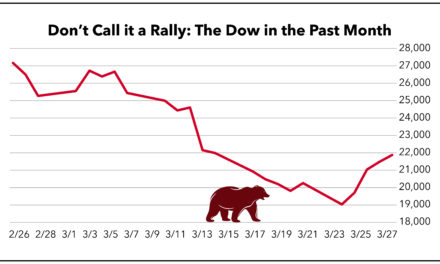 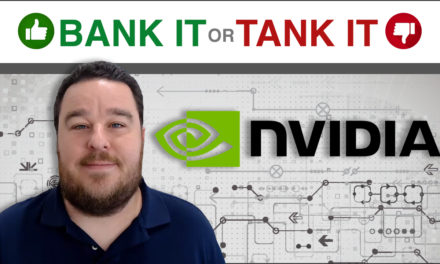