A Lightbulb Moment for the IoT Industry 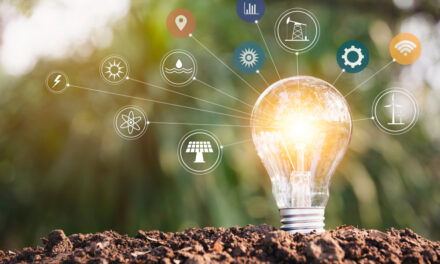 As any economics textbook will tell you, capitalism is all about competition.

Every company wants to make a better product at a lower price compared to its rivals. They compete for the best talent. When inputs are scarce, they bid furiously against each other for them.

But one of the most remarkable facts about capitalism is that some of the biggest and most profitable breakthroughs came from cooperation.

For example, steam-powered railways were critical to the manufacturing economy of the 19th century. But in 1840s Britain, competing railway companies fought bitter “gauge wars,” demanding that their track width be the national standard. That would force their competitors out of business.

The manufacturers dependent on these railways suffered as transshipping goods from one rail gauge to another added cost and time.

So, in 1846, representatives of the railways, manufacturing companies and government formed a Royal Commission to standardize British railway gauges.

That helped Britain become the premier manufacturer of the second half of the century.

Now, we’re on the verge of another round of capitalist cooperation … one that could unlock one of the most revolutionary markets in the modern economy.

I’m a bit of a technophile. I’m always curious to try out new gadgets that promise to make life easier.

To that end, I’ve got a bunch of “Internet of Things” (IoT) gadgets for the house, and a wireless “mesh” network to link them together.

But there’s a problem. Different manufacturers’ products don’t talk to each other.

If I want to manage wireless-controlled wall outlets using the same software as my doorbell cam, my options are limited. And once I’ve bought technology from one company, I’m stuck with it. The same goes for my wireless extenders.

That’s by design. Deliberate incompatibility forces customers to choose one brand over others … and stick with it. Changing means throwing all your old stuff away and replacing the entire system.

It’s a variation on the old “razors and razor blades” business model. It makes consumers reluctant to adopt IoT technology for their homes.

But all that’s about to change.

Next year, more than 200 companies — including Amazon, Google and Apple — will start selling products using the “Matter” interoperability standard.

The goal is to allow you to run and coordinate everything from Siri and Alexa to your TV controls, doorbell, thermostat, alarm system — you name it — through a single interface.

And all those devices will be able to talk to each other, no matter who made them.

That’s a very big deal for the $310 billion global IoT industry … and for investors like you.

To understand why — consider the humble lightbulb.

The incandescent lightbulb works by running electricity through small filaments that generate light. It became the global standard after Thomas Edison commercialized it in the 1880s. Bulb manufacturers designed their factories and supply chains around it.

To combat climate change, the Obama administration issued regulations ending the manufacture of incandescent bulbs after a certain date. That would force the market to switch to CFLs and LEDs.

The Trump administration tried to reverse this, claiming interference with the free market. Much to Trump’s surprise, U.S. lightbulb manufacturers begged him to stick with the Obama rules.

You see, every lightbulb company knew it needed to make the switch. European and Chinese manufacturers were far ahead. If U.S. companies didn’t catch up, imports would destroy the U.S. industry.

But if an individual company tried to make the shift, it would have to raise its prices since CFLs and LEDs are costlier to make. That would make it less competitive than other companies, causing it to lose market share, profits and eventually, viability.

The U.S. lightbulb industry had what economists call a “collective action” problem. Something that was in the interest of all of them together was against their individual interests.

By forcing them to standardize around fluorescent and LED lighting, government intervention helped the entire U.S. industry remain globally competitive … just as the Royal Commission did in 1846 Britain.

IoT … a Lot More Than Lightbulbs!

The market for lightbulbs is relatively static. Once everybody has transitioned to CFLs and LEDs, it will grow at the rate of the overall economy.

The IoT industry, by contrast, is set to grow like wildfire.

But those estimates were based on consumption patterns before the Matter standard was announced.

Once consumers begin to experience the simplicity and improved performance of household-wide IoT, they will start buying more of those products. The market will go from slow adoption to explosive growth.

For an excellent way to play this, consider the Global X Internet of Things ETF (Nasdaq: SNSR).

Whether you buy the exchange-traded fund itself or peek under the hood and buy some of its constituent holdings, you’ll be able to reap the benefits of capitalist cooperation! 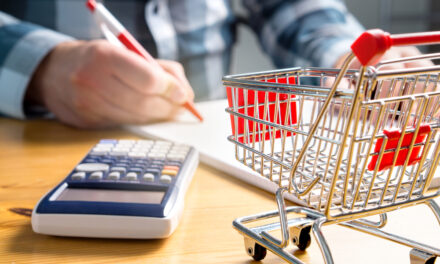 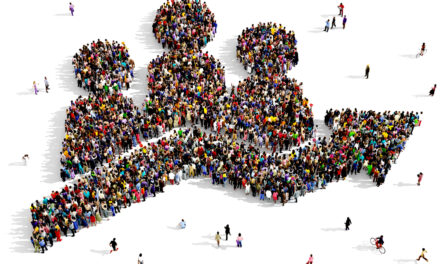