Jobs Jabs, Space Specials & The Wind In The Zillows 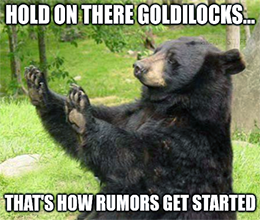 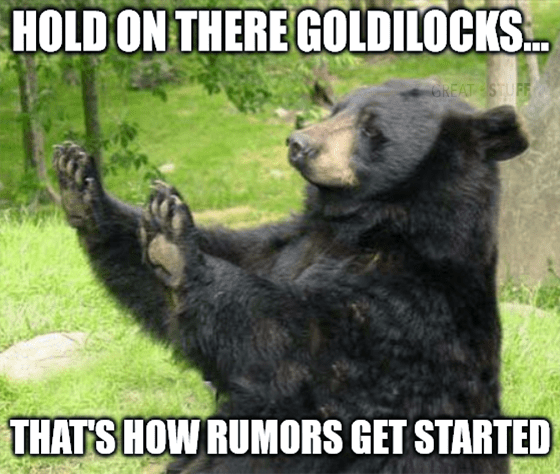 Great Ones, the U.S. economy’s caught up in a whirlwind, can’t catch its breath. It’s knee-deep in jobs data, broke out in cold sweat.

But that doesn’t mean you can’t catch a turtle in this rat race. You just have to keep walkin’ the tightrope … both day and night.

This morning, the Labor Department walked its own tightrope, releasing jobs data that many economists said was neither too hot nor too cold. A “Goldilocks” report, if you will.

For those of you in the “OMG, inflation!” camp, rising wages kinda puts a damper on that fearmongering. I mean, inflation is running hotter than the 2% rate the Federal Reserve wants, but wages appear to be growing at an even faster rate. So … tightrope walking achieved.

“The data for recent months suggest that the rising demand for labor associated with the recovery from the pandemic may have put upward pressure on wages,” said the Labor Department in one of the biggest “Well … duh?” moments of the year.

But Beth Ann Bovino, chief U.S. economist at S&P Global Ratings, said it best: “It feels like a Goldilocks report. You have not too hot in terms of wages, but not too low in terms of job gains.”

You see? I told you Goldilocks would make an appearance. Everyone always focuses on the “not too hot, not too cold” aspect of that fable … but never the fact that Goldilocks broke into the bears’ house, stole their food, broke their furniture and slept in their beds.

And, if you read the original version of this fable, Goldilocks gets eaten for her transgressions.

Sure, things are not too hot and not too cold right now, but can the Federal Reserve maintain that balance while COVID-19 is pulling an LL Cool J “don’t call it a comeback?”

The one question we should all be asking about the U.S. economy right now is: Who will get eaten this time?

I originally thought that COVID-19 would go the Goldilocks route, get eaten, and the U.S. economy would continue chugging along — albeit without those Base Effect comparisons to lean on. Now, with the delta variant pumping new life into the pandemic? I’m not so sure…

In fact, I wouldn’t be surprised if this was the last positive jobs report we have for a while. Hold on to your butts, Great Ones, we’re going to find out just how strong this recovery is before the end of 2021.

In the last year alone, 480 new U.S. companies went public — more than at any time in the last 20 years.

Right now, we’re entering a historic period for some of the most legendary IPOs to ever come to market… Offerings which could inject $2 trillion into the markets. And it’s happening right now — under the noses of most investors.

All you have to do is click this link here to get the details. 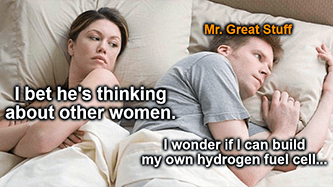 Wait … Annie Lennox now? Did you forget to take your meds this morning, Mr. Great Stuff?

I’m not crazy. My mother had me tested. I’m on shuffle today. Enjoy the ride.

But y’all probably think I’m crazy for how much I love the hydrogen fuel cell market. And Plug Power (Nasdaq: PLUG) just renewed my faith in this Great Stuff Picks selection.

Plug announced that revenue skyrocketed 83% to $124.6 million, while gross billings jumped 75% to $126.3 million. Both figures left Wall Street’s expectations walking in the open wind. Plug even lifted its 2021 gross-billings forecast to $500 million from $475 million … again, above Wall Street’s targets.

The only ding in Plug’s report was a second-quarter net loss of $0.18 per share, which was wider than the $0.07 loss analysts expected. However, even analysts forgave the fast-growing hydrogen fuel cell baron.

For all the hydrogen fuel cell naysayers, keep in mind that hydrogen power is still in the early acceptance stages. It’s gaining massive traction in Europe and Asia, even as U.S. corporations dabble in the technology. It’s only a matter of time before this tech blows up stateside…

PLUG gained more than 4% on the report but gains moderated by the close.

No. 2: Team Rocket’s Blasting Off Again 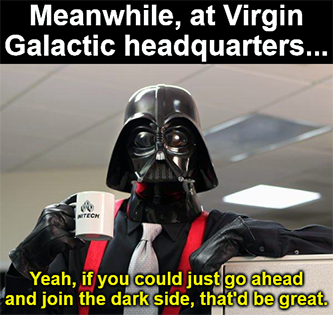 We all know that, in space, no one can hear you scream. But can anyone see you earn?

That remains to be seen, as there were no earnings in Virgin Galactic’s (NYSE: SPCE) quarterly report. The company posted a larger-than-expected $0.38 per-share loss. Wall Street was thinking smaller … like about a $0.33 loss. Revenue was in line with estimates, however, at $600,000.

By the way, I love how most financial outlets report that revenue as $0.6 million. It looks so small.

Anyway, who cares about earnings and revenue, right? All we want to know is if Sir Richard Branson will kiss our babies and how much will it cost me to snag a flight into space?

Well, no word on Branson baby-kissing, but a trip to space with Virgin will now officially set you back $450,000 per seat. At that rate, it shouldn’t take too long for Virgin to start seeing some real revenue and earnings growth.

What’s more, sales are now open. “Leveraging the surge in consumer interest following the Unity 22 flight, we are excited to announce the reopening of sales effective today, beginning with our Spacefarer community,” said CEO Michael Colglazier.

Wait … Colglazier? Am I the only one imagining a cross between Arnold Schwarzenegger and a tube of Colgate toothpaste? Yeah? I thought so.

While that $450,000 price tag won’t have your company holding team-building-in-space activities anytime soon, it does set the bar high for Virgin’s currently limited capacity. And we already know global millionaires and billionaires are lining up to add “Space Cowboy” to their lengthy resumés.

SPCE rallied roughly 6% on the news.

Thanks to a little-known executive order signed in 2016, a crusade to space is underway. Paul has identified three cutting-edge companies that are mission-critical to America’s success.

No. 3: The Wind In The Zillows 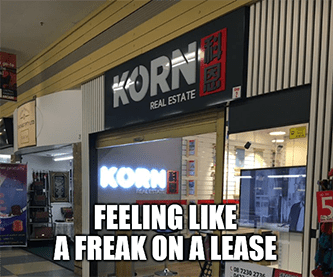 I poked fun at Zillow (Nasdaq: ZG) trying to coin the “Great Reshuffling” term in its past few quarterly updates — half in jest, half in appreciation that it’s not just us adding “great” to everything and hoping it takes off.

Anyway, the homebuying home-listing hotshot dropped a bomb on the Street today. True to form, Zillow’s earnings were solid — solid as a rock. That’s what this report is … that’s what we’ve got.

Zillow buys homes as part of its “Zillow Offers” program, where, in essence, you can deal with even fewer people when selling your home than ever before. Turns out, minimal contact home-shopping has been popular amid the pandemic — I’m shook, really — and Offers revenue is up 71% year over year.

The company’s streamlined process is now the de facto way to search for houses, bid on ‘em and even list your own abode — and Zillow knows this e-commerce domination is here to last. You can thank millennials, low interest rates and the “increasing adoption of location-flexible work policies” for that.

In Zillow’s own words … a great number of people are reshuffling. And younger homebuying demographics aren’t just comfortable house-hunting online — they expect much of the process to be doable online.

Back in May, we had a poll asking if you use Zillow, and only 8.3% of Great Ones are still living in the analog world and trawling through classified ads. The rest of you are already in the digital ether, playing right into Zillow’s hands and bottom line.

That’s why the company is gung ho about next quarter’s earnings, predicting that revenue will top $2 billion for the first time. By comparison, analysts only expected guidance of $1.45 billion. While I don’t doubt Zillow’s aggressive optimism, Wall Street sure was antsy about the costs that would accompany said growth and sent the stock down 5% today.

The double-beat-and-raise 2021 two-step is alive and well, y’all. 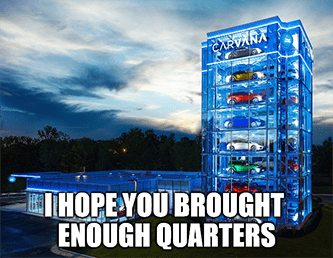 Come doused and mud, soaked in bleach … no, wait a minute, someone forgot to detail my car. What gives?

We’ll get the obvious comparison out of the way: Carvana (NYSE: CVNA) is to the auto market what Zillow is for homebuying. Simple, user-friendly ways to get more buying options than classified ads — plus touchless delivery to your door. I’d like to see a house do that…

The company just reported its first profitable quarter, while negative Nancies on Wall Street didn’t expect Carvana to be profitable until the end of 2022. I’m quite surprised myself: While I knew Carvana’s growth has been insane throughout the pandemic, that e-commerce-driven growth usually comes with steep costs (see Zillow, above).

But the Street was relieved to see that Carvana’s ad spending is down a few percentage points year over year. And while the rest of the world curses that dang ol’ chip shortage for the dearth of new cars, Carvana just throws its head laughing and says: “Try me!”

Just like with homebuying, going online is the only way to get a decent array of options for new/used these days — especially in a low-supply, high-demand environment. And thus, Carvana’s moonshot was born.

The company’s total revenue nearly tripled year over year, reaching $3.3 billion and topping estimates by 38%. Carvana’s used car prices are 29% higher than this time last year, and the company almost doubled the number of cars it delivered — over 100,000 vehicles last quarter.

Considering the auto market’s supply chain woes show no signs of easing, Carvana has no shortage of potential car buyers over the next few months. CVNA shares shot up 9% today before coming back down to Earth.

Join In The Great Stuff!

Well, Great Ones, thanks for tuning in to another week in the murky market waters! Our meme-laden romp doesn’t have to end here, though. Au contraire!

Why not keep the conversation flowing in our inbox? Write to us sometime with your own market thoughts and trading questions — especially if you’re new around these parts. Drop by and say howdy!

GreatStuffToday@BanyanHill.com is where you can reach us best. We’ll kick this dialogue off right here, right now:

Write to us with your thoughts, questions, concerns, unspeakable secrets and deepest fears! Or … don’t. How much you share is up to you, but we can’t wait to see what’s on your mind. So drop us a line! 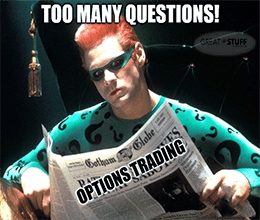