Impeachment Melt-Up; Maxing out With Micron 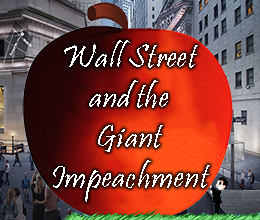 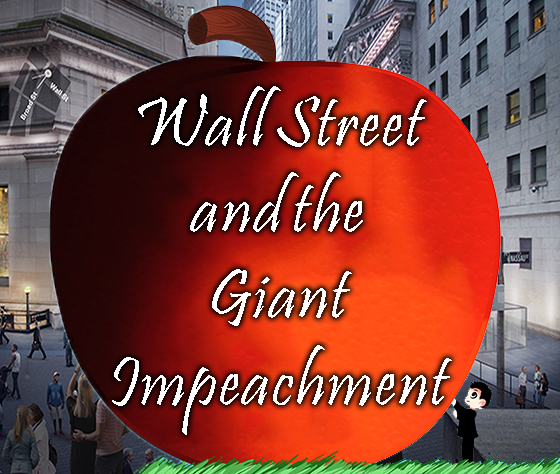 Ain’t That a Peach

I’ve been hesitant to wade into the impeachment waters … for obvious reasons.

I don’t like politics. I mean, I do … but I don’t like mixing them with investing advice unless it’s absolutely necessary.

I’m putting a toe in the impeachment pond today because the U.S. House of Representatives voted last night to approve articles of impeachment against President Trump. As such, Trump becomes only the third U.S. president in history to be charged in an impeachment trial.

For the record, Trump is being impeached on two counts of abuse of power and obstruction of Congress. If you want to know more about the finer points — the details of the impeachment process and all that jazz — I’m not covering them here.

Practically every major news outlet around the world is covering that information. For example, The New York Times has the full articles of impeachment in PDF format here.

Do I have opinions on the topic? Sure.

Am I going to share them here? Not on your life … or your portfolio.

So why bring it up at all, Mr. Great Stuff?

Because political events this big can have an impact on your financial well-being. Political views are so polarizing and emotional that they often get in the way of sound portfolio management and cloud research. And that hurts your gains.

And investing is all about the gains.

You may have noticed that the markets aren’t reacting to this major event as sharply as you would expect. There’s a reason for that.

Wall Street believes that we will see a repeat of the President Clinton impeachment trial. In other words, the Senate will acquit Trump, and that will be that.

Investors, especially large institutional investors, thrive off expectations and what is known. The unknown scares the utter bejeezus out of them. Since “it is known” that the Senate will acquit, Wall Street is business as usual … although it will enjoy the show.

Here is what I believe will happen. Naturally, there are investors out there that remain reluctant to put money into the market during the impeachment. These investors will remain on the sidelines until the show in the Senate is over. Once the acquittal comes through, that money will flow readily back into the market.

Yes, dear readers, we are looking at a post-impeachment market melt-up.

With tariff woes off the table for now, U.S.-China trade relations normalizing, the U.S. economy chugging along and the Federal Reserve lending a helping hand … we are looking at solid gains for the first half of 2020.

Now, the question is: Are you prepared to take advantage of the potentially significant market melt-up that’s coming?

If not, then you need Banyan Hill expert Paul in your corner. That man has strong hands, conviction and an excellent track record of identifying mega trends.

So, if you’re tired of wishy-washy investing research from the “pros,” check out Paul ’s Profits Unlimited newsletter. You don’t want to miss out on this potentially lucrative market melt-up. 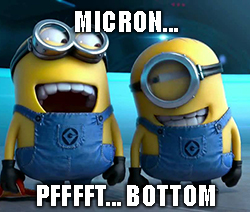 The swoon is over. The glut is gone. Micron Technology Inc. (Nasdaq: MU) stock can now move on.

The hype is slowly starting to return for flash memory maker Micron. The company’s quarterly earnings report last night revealed Street-beating results and improved guidance for next year. For the record, earnings topped expectations by a penny per share, and revenue was $150 million higher than expected.

Not too shabby. But the real driver for Micron stock today was a comment from Sanjay Mehrotra, the company’s CEO and president: “With our strong execution and improving industry conditions, we are optimistic that Micron’s fiscal second quarter will be the cyclical bottom for our financial performance.”

You heard him, folks. The bottom is in.

There’s one big reason to believe in Sanjay’s prediction…

Micron’s biggest problem has been a sluggish smartphone market. The company’s flash memory is a big part of smartphone storage. But 5G is expected to power a rebound in smartphone sales, thus driving up demand and revenue for Micron.

And with a fresh supply license for Huawei — a blacklisted Chinese tech giant and the second-largest smartphone-maker in the world — Micron’s future is looking brighter every day. 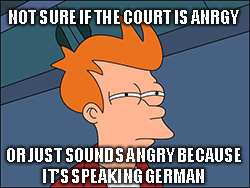 Like Rammstein finding a “Swifty” at one of its concerts, a German high court banned Uber Technologies Inc. (NYSE: UBER) from operating in the country this morning.

According to the court, Uber is not licensed to provide transportation services with rental cars. Rental cars?

Due to German law, Uber must work with existing taxi-style services in the country. In 2015, Germany banned Uber from matching up private drivers with passengers, citing German transportation laws. This time, the court said that Uber’s workaround of using car rental services violated competition rules.

Clearly, Germany is a complicated place to operate a taxi-style service. But it is the largest economy in Europe, so Uber is considering appealing the ruling or suing the court outright.

This is the second such setback for Uber in Europe. Last month, London revoked Uber’s operating license in the city, claiming a risk to passengers.

Those self-driving cars can’t come fast enough for Uber. It is still working on them, right?

The Ugly: The Peloton Plunge 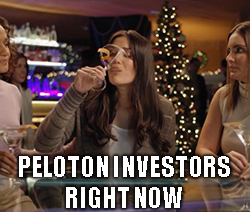 I hope the view from those large bay windows is a nice one, because Peloton Interactive Inc. (Nasdaq: PTON) investors are going to need something pleasant to look at.

A second hedge fund has come out of the woodwork to pan the exercise bike company. Last week, Citron Research’s Andrew Left set a price target of $5 per share on Peloton. Ouch.

This week, Hedgeye Risk Management issued its own bearish warning. Co-founder Brian McGough tweeted that the company “should never have gone public, or picked the wrong strategy.”

According to McGough, Peloton’s true valuation is in the $2 billion to $4 billion range, not the roughly $9.5 billion valuation it currently sports. At that valuation, PTON would be trading closer to $7 to $14 per share — 55% below the stock’s current trading range.

Left and McGough aren’t alone in their bearish stance on the company. According to Bloomberg, about 70% of PTON shares available for public trading are sold short.

If this bearish duo is right, PTON investors are in for a world of hurt when PTON’s post-IPO lockup period ends in March.

You know the drill.

You Marco, we Polo.

Great Stuff readers never cease to amaze me with their random pop culture knowledge. I honestly didn’t know that there were this many Savage Garden fans out there. David K. wrote:

You forgot “do,” but that’s OK. Do really want to bathe in the sea? You just have to shower afterwards. Anyway, I look forward to your garden of savage comments about investing and the economy.

“Garden of savage comments” … I like that. I might have to steal it. And why not bathe in the sea? There are already plenty of sponges there. Just imagine how deep the ocean would be without sponges!

Y’all also have lots of predictions for next year. Some are good, like this one from Richard W.:

I believe 2020 will be better than the negative Nancies say or think. Roku is a winner. Their box in TVs, EU penetration, DIS, Apple, will go thru ROKU. It is easy, cheap and it works. CRWD will be the second winner of 2020. They have a moat that is unrealized yet. They have many platforms for whatever you want. It is so simple to incorporate. Many rave reviews. Long ROKU CRWD.

And some are not so good, like this one from Gordon F.:

I saw a chart recently that showed how the stock market has risen in lock-step with expansion of the Fed balance sheet, so as long as the balance sheet keeps expanding, so goes the theory, the market should continue rising.

But I also imagined an image of a chart that shows the circumference of a balloon plotted against the amount of air blown into it. They also increase in lock-step until a certain point, at which the balloon pops and the circumference disappears or becomes meaningless.

At the moment, nothing appears likely to pop this balloon, but if and when it happens, it’s likely to be sudden, and everyone will be yammering about a black swan (unforeseeable, catastrophic, how could we have known, blah, blah, blah). I’m still in the market, but I also maintain positions that will (hopefully) protect me if the balloon does pop.

It’s no secret we’re fans of Roku Inc. (Nasdaq: ROKU) here. Richard is right on the money about it being the real winner in the streaming wars. We’re also fans of CrowdStrike Holdings Inc. (Nasdaq: CRWD). However, the end of the post-IPO lockup period could be a bit volatile for early investors. Remember to be careful on this one.

As for popping balloons, well … that always happens at the end of the party, doesn’t it? But Gordon brings up an excellent point that we’ve harped on repeatedly here at Great Stuff. That point is: You need to be prepared.

You can invest in all the Rokus, CrowdStrikes and Pelotons you want, but don’t let them make up the majority of your portfolio … especially if you’re in retirement.

Always remember: Gains are good, but protection and caution are golden.