How the Volkswagen Scandal Created an Unusual Bull Market

So they cheated. They built sophisticated software designed to put the cars “to sleep” when testing. That lowered the emissions to acceptable limits … but only during the tests.

The result was a massive backlash against diesel vehicles. In 2016, diesel vehicles sales fell to their lowest volume in seven years. That led to an unexpected bull market … in palladium.

You see, palladium’s largest use is in vehicle exhaust systems. Specifically, it’s used in catalytic converters of gasoline engines. These devices clean exhaust of noxious stuff like nitrogen oxides and carbon monoxide. Platinum serves the same purpose, but mostly in diesel vehicles. 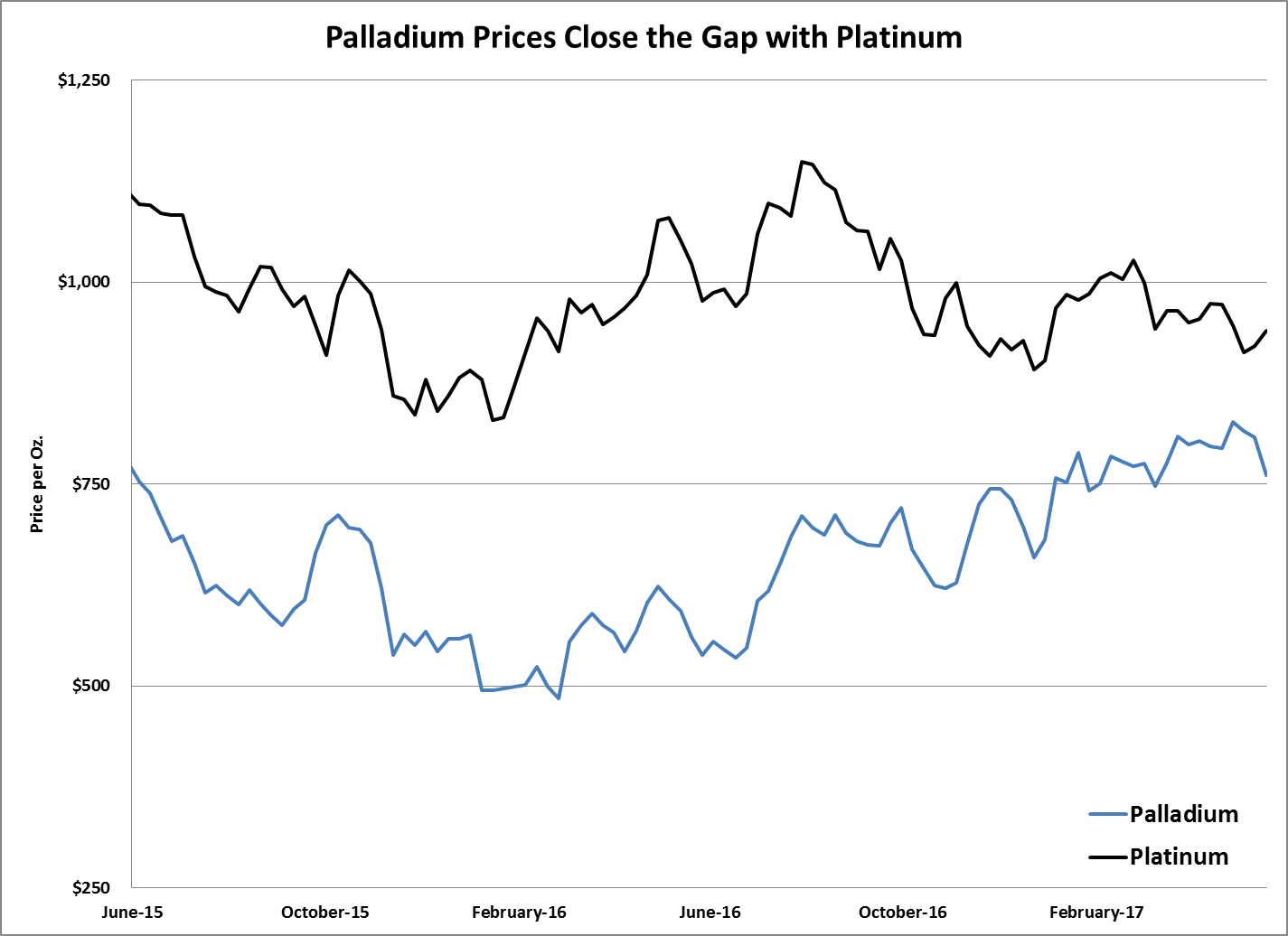 In 2016, the world consumed a record 9.4 million ounces of palladium. That happened due to the shift in car sales from diesel toward gasoline engines.

That’s what makes this bull market in palladium so unusual … and risky. I expect the relationship between platinum and palladium to revert to its average at some point. It could do that in one of two ways: platinum prices rising or palladium prices falling.

The World’s Most Fickle Metal