Home » 2020 Financial Crisis » How Our Stock Picks Crushed the Market, in 1 Chart

How Our Stock Picks Crushed the Market, in 1 Chart 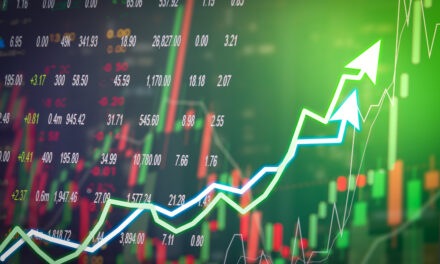 In a Bauman Daily article earlier this year, I compared myself to Cassandra from “The Illiad,” Homer’s history of the Trojan War.

The gods afflicted Cassandra, a Trojan, with an unusual curse. She would have the gift of foresight into events to come … but no one would believe her.

Recently I’ve been wondering whether that’s because Cassandra didn’t explain herself properly.

You see, over on my YouTube channel — where I now have more than 20,000 subscribers — a small but dedicated group of commentators insist I’ve been telling them not to buy stocks for the last three months.

They say all my predictions have been wrong, to boot.

Nasty comments and overly negative feedback are par for the course when it comes to social media. It’s an easy route when you’re hiding behind a computer.

But really, it comes down to the fact that my message about the stock market — and about the money you’ve invested in it — can’t be reduced to a simple yes or no, right or wrong argument. It’s not based on the latest headlines or jobs reports. It’s based on long-term analysis of the big picture.

So today, for those who might have missed the point, I’ve put together a summary that gets right to it. This is my take on where we are so far this year … and where we’re likely to go from here.

The Story So Far, Part 1

Some people apparently see me as a merchant of doom and gloom.

To those folks, you’re either 100% behind the idea that we are in an unstoppable V-shaped recovery, or you’re a permabear. Not much room for subtlety there.

1.       The U.S. economy is fundamentally unhealthy. It’s riddled with uncompetitive industries and wracked by debt. It’s characterized by extreme income and wealth inequality. Both of those problems limit consumer demand, hamper economic growth and increase social and political instability.

2.      Equity and corporate debt markets are increasingly divorced from the reality of the underlying economy. The Federal Reserve has pumped trillions of dollars of liquidity into financial markets to prevent stocks and bonds from repricing based on actual supply and demand. The program should have winded down after we recovered from the 2008 financial crisis. That never happened. Instead, it ramped up massively after COVID-19 hit.

3.      This is unsustainable. It’s like a stack of Jenga blocks. It looks fine, but it’s dangerously unstable. Any number of factors could cause the whole thing to come crashing down.

4.     Nevertheless, in the meantime, investors can make great gains. To do that, they need to ignore the headline buzz and focus on companies’ true economic value and financial strength (be smart) and control their emotions to avoid dangerous euphoria and take sensible profits (be tough).

So, yes, I’m not blindly enthusiastic about the U.S. economy. I believe it’s an accident waiting to happen. The warning signs are papered over by financial engineering on a stupendous scale.

But, to paraphrase Monty Python’s chocolate box inspector, “It doesn’t say anything here about not buying stocks!”

The Story So Far, Part 2

So, let’s see how (allegedly) recommending that everyone flee to cash and avoid the stock market has worked out for Bauman Daily readers and YouTube viewers so far.

The table below lists 14 picks, identified by sector, Clint Lee and I have recommended since the market turned downward in late March. The “Alpha” column shows the extent to which those picks have outperformed the S&P 500 Index:

Note how many double-digit positions in this list focus on residential construction. There is also a handful of exchange-traded funds (ETFs).

That’s because almost immediately after the COVID-19 crisis started, I realized the market was dramatically underpricing this sector, which is both essential and backed by strong long-term tailwinds.

Paradoxically, when I recommended buying into the sector in some of my videos, commenters told me I was nuts — the sector was a dead write-off thanks to the pandemic, they said.

As they say, no good deed goes unpunished.

I know I’m being a bit facetious today. But given the way the first half of this year has gone, market analysts like me deserve a chance to blow off a little steam.

The bottom line message of Bauman Daily and The Bauman Letter is neither bullish nor bearish.

It’s pragmatic. And that pragmatism is rooted in much more than a scan of the last 24-hour news cycle. It’s based on years of study of history, economics and even politics.

That’s because my goal with everything I do is to give you the unvarnished truth — or at least my understanding of it — so you can have the best possible information to make decisions.

And I promise you, I will never recommend that the decision be “I’m going to sit on the sidelines.”

Doing that is neither smart nor tough. 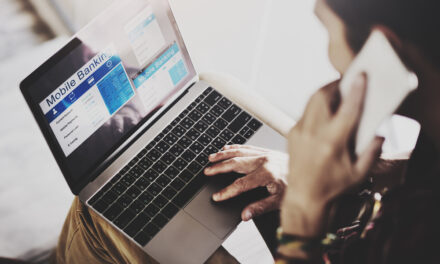 The Crisis Is About to Boost Banks’ Profits