Suddenly every company needs a “chief compliance officer” and a whole department of his (or her) lieutenants to make sure everyone inside the business, well … complies — with the latest diktat.

We can debate whether additional rules make things better or worse.

One thing that can’t be debated is that more rules mean more costs for a business … and a drag on its stock price.

Unless, that is, it embraces “regtech” — regulatory technology.

What the heck is that, you ask?

Quite simply, regtech is the employment of tools like artificial intelligence, blockchain technology and other forms of advanced software in the pursuit of cutting regulatory costs.

Last year, Bain & Co. identified 80 young companies it called “emerging regtechs” whose products and services are finding their way into compliance-heavy industries like insurance and banking that are in need of a tech-supplied boost to profits. 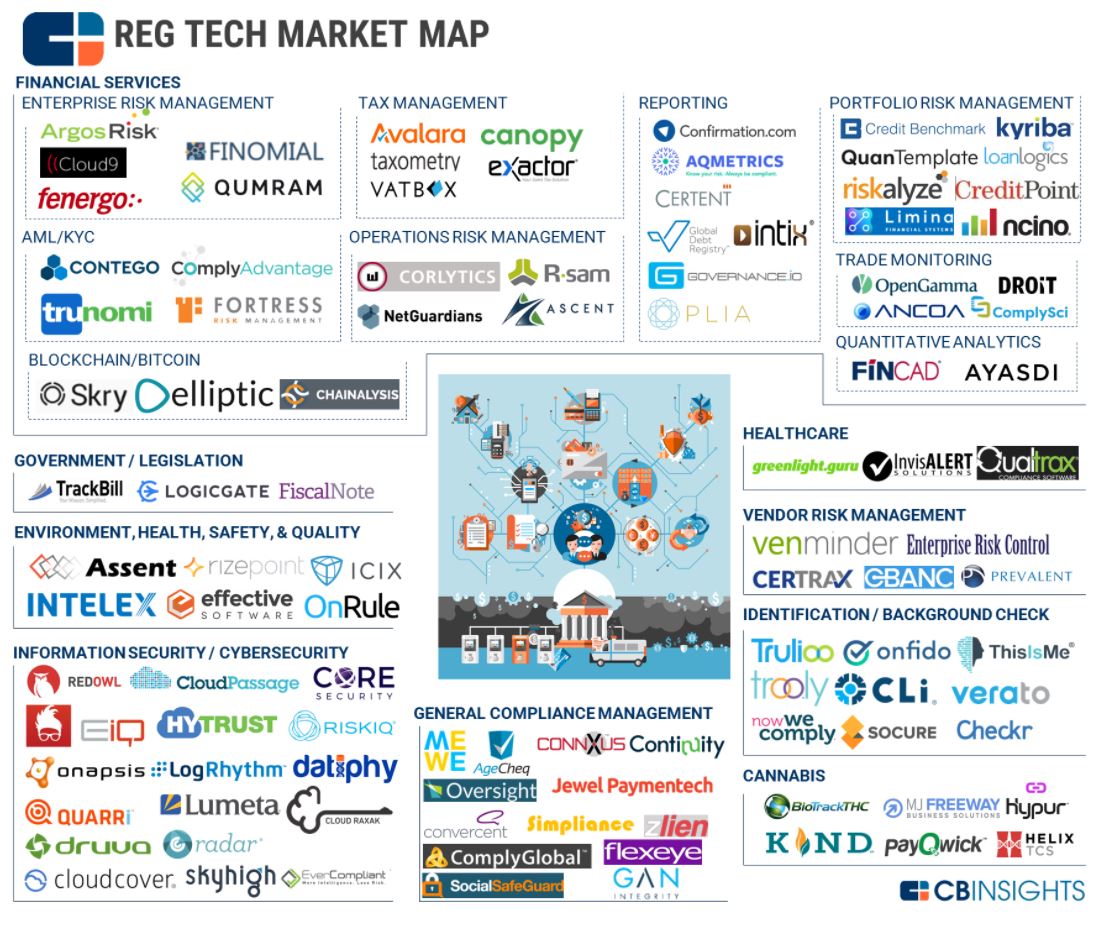 Most are still private and not far from the startup stage — with unfamiliar names like Taxometry, ComplyAdvantage, OnRule, Flexeye and others.

But companies like these, and the few publicly traded regtech “pure plays” out there (two of which are in the Total Wealth Insider portfolio), are destined to grow quite a bit in the next few years.

According to the financial technology website Let’s Talk Payments, global banks are spending around $70 billion to ensure compliance with all the rules in the business jurisdictions, which will likely rise to nearly $120 billion over the next three years as these institutions (as well as insurers, brokers and others) ramp up their spending on regtech services and products.

American Banker noted a recent example with all those forms many banks make you checkmark and sign to verify your identity when opening or amending an account. Much of the paperwork relates to federal anti-money laundering and anti-corruption rules.

Trying to fulfill those regulations and keep your compliance up to date “through legacy [computer] systems can take two years at a cost of more than $10 million at some major banks, versus three months at $300,000 if handled through a regtech specialist.”

It’s even worse in Europe, where banks like HSBC and Deutsche Bank estimate that it costs them well over $1 billion a year to make sure they comply with the EU’s plethora of financial regulations.

Regtech offers the solution to cut those costs.

A Seat at the Table

If there’s anything that points to the investment potential of this sector, it’s the fact that the regulators themselves are taking notice — and bringing these young companies into their “ecosystem,” if you will.

Singapore’s monetary authority, the Bank of England, and the U.S. Office of the Comptroller of the Currency (OCC) have all proposed making regtech companies part of their bureaucratic orbit — much in the way that Standard & Poor’s and Moody’s are sanctioned by federal regulators as keepers of bond market credit ratings.

Last year, in fact, the OCC proposed that some regtech companies have access to a special national bank charter “which would provide federal pre-emption and the increased clout that comes with being a bank.”

Whether these policy efforts ever bear fruit remains to be seen. But when such companies are being offered a “seat at the table,” it shows they’re worth paying attention to for investment considerations.

Editor’s Note: Imagine taking only 2 ½ hours each year to review and manage your investments … and seeing your balance go up year after year after year, effortlessly. That’s what the research from Ted Bauman’s new Infinite Nest Egg system can help you do. With this powerful and easy-to-use tool, you can finally have the dependable, carefree lifestyle you deserve. To find out how Ted’s system makes investing simple and stress-free, click here.