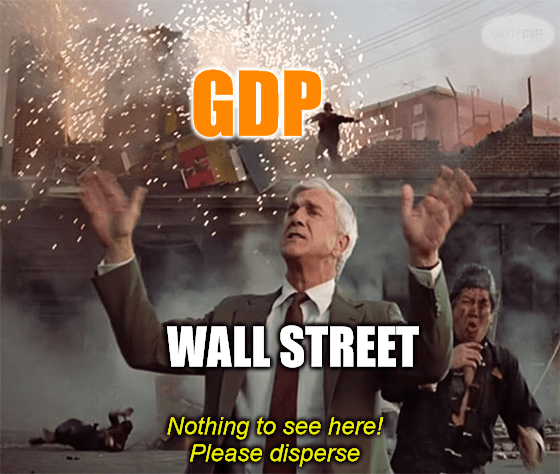 Welcome To The Recession?

Great Ones, it’s official. The U.S. economy is in a recession.

Or at least, that’s how it’s been historically. Today, we’re seeing all kinds of yes men, toadies, talking heads and well-meaning “defenders of the realm” come out in denial. Remember, denial isn’t just a river in Egypt.

We’re not in recession, but it’s clear the economy’s growth is slowing. The economy is close to stall speed, moving forward but barely.

There is a veritable army of defenders out here saying the U.S. isn’t officially in a recession yet.

I have to admit, though, that they’re kinda right. Only the National Bureau of Economic Research (NBER) can officially declare a U.S. recession — and it typically takes months to make up its mind.

So why wouldn’t we officially be in a recession?

Well, economists don’t like the general definition of a recession. They argue that you need more than two quarters of decline in GDP because one indicator is just too narrow a look at economic activity. In fact, NBER itself says that you need to look at production, employment, real income and other indicators.

For the sake of argument, let’s look at those other indicators.

First, there’s the U.S. Industrial Production & Capacity Utilization Index, which measures U.S. production activity. The June reading dropped 0.2% from May, with the Final Products and Manufacturing portions of that index falling 0.5% for two straight months.

Furthermore, while the U.S. economy has added jobs at a blistering pace since the pandemic shutdowns ended, we are still well shy of pre-pandemic employment levels. 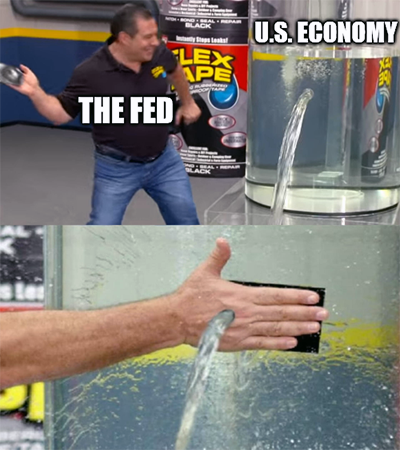 That looks bad, Mr. Great Stuff. But what about the “and other indicators”?

Honestly? The only possible “other indicator” that shines a positive light on the U.S. economy is consumer spending.

You know, the indicator that Treasury Secretary Janet Yellen was touting as a reason we aren’t in a recession … before today’s GDP report?

Let me reiterate my opinion on that line of thinking:

I find that reasoning particularly funny given that … of freaking course consumer spending is up. I mean, when inflation is rising at the fastest pace in 40 years, consumers are obviously spending more — but it doesn’t mean they are buying more.

But don’t worry. In about six to 12 months, the NBER will come out with a statement like this:

NBER: Hey, everyone. Remember that period where y’all couldn’t find work and struggled to buy things, heat your home and pay rent with your shrinking paychecks? Yeah … that was a recession.

Thanks, NBER! Good to know.

But you’ll be able to tell them that you already knew … because you heard it here first: The U.S. economy is in a recession.

Great Ones … I’m not telling you this to scare you or make you panic and run for the hills. I’m telling you this because you need to acknowledge the problem and face it head on. Remember, the first step toward fixing a problem is recognizing you have one in the first place.

Now that we’ve recognized the problem, how do we deal with it and not destroy our investments?

Well, my good friend Ian King is the man with the plan. Ian correctly called the 2008 crash … a move that sent his former hedge fund soaring 1,700% in just two years and lifted King’s name into the “world’s best investor” category.

But recently, Ian made an even bolder prediction: The End of the Dow.

That might sound a bit overboard, but you have to see it to believe it… And Ian King reveals everything in this new, must-see controversial video presentation (click here). 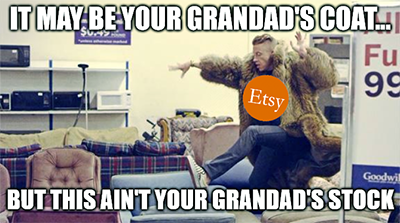 Great Ones, I was indeed right about Etsy (Nasdaq: ETSY) and I hope you bought the stock when I recommended it back on June 11. If you did, you’re sitting on a potential gain of about 42% right now!

Etsy also said that it actually added 6 million new buyers during the quarter, shocking analysts who expected the company’s customer base to decline post-pandemic.

Seems y’all just can’t get enough of all those artsy-fartsy, handmade goods Etsy be peddlin’. Or as I said back in June, maybe it’s Gen Z’s obsession with thrift shopping via Etsy’s Depop store.

Either way, Etsy is simply killing it right now, and I don’t expect that to end anytime soon. 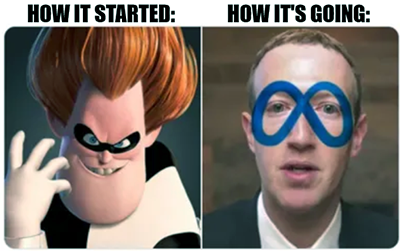 Meta Platforms (Nasdaq: META) — the company formerly known as Facebook — is in big trouble after its latest trip to the earnings confessional.

The company missed the mark on practically every conceivable measure Wall Street has:

That is a world of hurt, Great Ones. Even guidance came up short, with Meta projecting Q3 revenue of between $26 billion and $28.5 billion, compared to Wall Street’s target of $30.5 billion.

What Meta just reported was the exact opposite of a beat-and-raise quarter, literally.

CEO Mark Zuckerberg said that Meta would implement cost-cutting measures, including reducing its headcount. “This is a period that demands more intensity and I expect us to get more done with fewer resources,” Zuckerberg said.

Oof. I am so glad I don’t work at Meta. Needless to say, I do not recommend META stock at all right now. 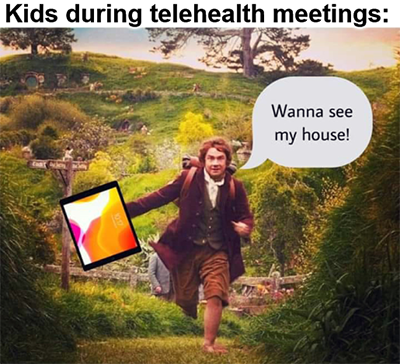 There were a lot of e-trends that emerged from the pandemic: online shopping, streaming, video calling, video games … and telehealth.

But while y’all like to do lots of things online, visiting your doctor via Zoom isn’t one of them. Like, at all…

Some $3 billion of Teladoc’s loss came from a one-time impairment charge. But “one time” holds little weight with TDOC investors, who saw the company take a $6.6 billion noncash goodwill impairment charge in Q1. That’s more than $9 billion in write-downs in two quarters.

The company’s guidance even came up well short of expectations.

I think Citi analysts said it best with this commentary on Teladoc’s report:

TDOC’s Q2 results and conference call did not inspire confidence.

No. No, they did not. Thank you, Captain Obvious.

TDOC stock plummeted more than 19% today, placing it among the biggest losers of the session.

And that’s a wrap for today’s market shenanigans. After you’ve digested this mess, feel free to share your thoughts with us!

Write to us whenever the market muse calls to you: GreatStuffToday@BanyanHill.com is where you can reach us best. 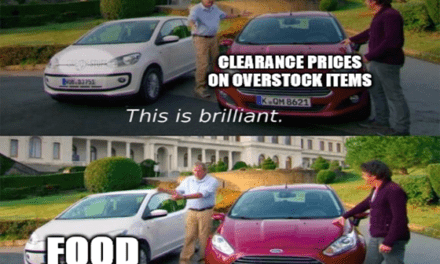 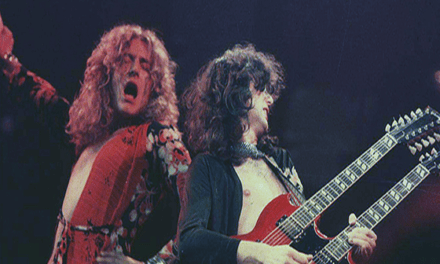