Home » Great Stuff » Great Grinch Stuff; Nikola’s Trash; Is This a GameStop to You? 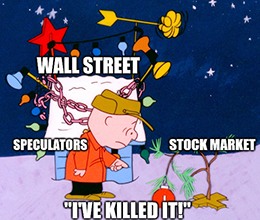 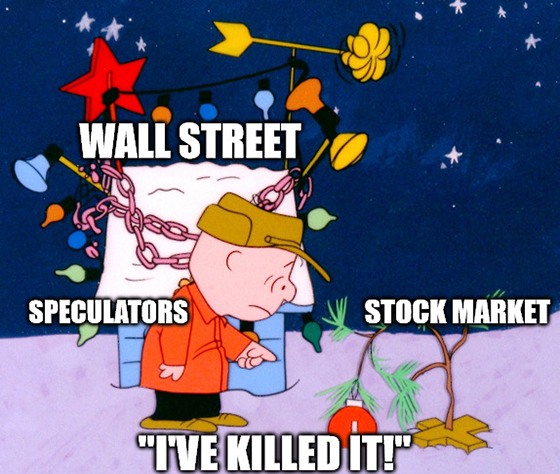 Great Ones, I have a confession to make: I really wanted to be your Santa Claus this year.

I wanted to ring the bells and tell you that the bull market is in full swing. To channel my inner Bob Marley and tell you that every little thing … is gonna be all right. Or, to get in the Christmas spirit and sing a round of “Mele Kalikimaka” — I hear it’s the thing to say.

But, that’s not why you come to me. You read Great Stuff (hopefully) for honesty and a real take on the market so that you can plan accordingly. So, instead of a Hallmark send-off into the Christmas break, you get Dickens.

I’m no Tiny Tim, but I think there must be something wrong with me, Great Ones. The Santa Claus rally is coming, but I’m not happy. I don’t feel the way I’m supposed to feel.

I don’t want to touch this market — not even with a 39-and-a-half-foot pole. I know I keep saying “valuation is dead.” But, for the market’s sake, I have to believe that it isn’t. And if valuation isn’t dead … truly isn’t … we’re facing some trouble.

You see, the stock market is currently haunted by the ghost of Christmas present. It’s valued at 184% of annual U.S. gross domestic product. If that indicator looks familiar, it’s because valuation versus GDP is one of Warren Buffett’s favorite indicators.

Now, class: Anyone know when the last time stocks were this overvalued? Bueller? Bueller? In 2000, that’s right … just before the top blew off the dot-com bubble. Stocks back then were valued at about 140% of GDP.

Enter the ghost of Christmas past … and fear of yet another bubble bursting on Wall Street. Or, at least, there should be fear.

Even some of the most die-hard bears capitulated to the current uptrend, according to the latest Bank of America survey. Polling of some 200 big money managers indicates that profit expectations are at an “all-time high.”

We’ve heard these scare tactics before. It’s different this time! We have J-Pow and the Fed…

Yeah, about Federal Reserve Chairman Jerome Powell and the Fed … Congress is working hard in its role as the ghost of Christmas future. I mean, it just tried to neuter the central bank’s emergency lending powers in the latest COVID-19 relief bill. And if you think Congress won’t try again, I’ve got some oceanfront property in Arizona — from the front porch, I hear you can see the sea.

My point is … the market can’t rely on the Fed alone to prop it up indefinitely. Sooner or later, the market has to move out of the Fed’s house, pull itself up by its bootstraps and live on its own. Get a job — or a few million jobs — ya lazy market.

Rats … isn’t there anyone who knows what investing is all about?

Sure, Great Ones, I know what investing is all about. Lights, please:

And there were in the same market value stocks abiding in the field, keeping watch over their gains by night. And lo, the angel of Great Stuff came upon them, and the glory of portfolio gains shone round about them, and they were sore afraid. But Mr. Great Stuff said unto them: ‘Fear not, for I bring tidings of great returns…’

OK, maybe that’s a bit too far … but, even back during the dot-com era or the Great Recession, there were opportunities. There were gains to be made, fortunes to be won.

During both periods, value stocks — especially small-cap value stocks — outperformed the rest of the market, offering candy canes and rainbows to all who found them.

Well … not exactly candy canes and rainbows, but you get the idea. With the right strategy, even a repeat of the dot-com bust can be a winning scenario. That’s what investing is all about, Charlie Brown.

Speaking of the “right strategy,” Great Stuff will detail our four biggest picks for 2021 next week. I like to wait until after the Santa Claus rally is through to put my hat in the ring, so look forward to it.

But, if you’re feeling a bit impatient, I’ve got a great stocking stuffer right here…

As you see the speculation abound and high valuations astound … remember the long-forgotten history that some small-cap value stocks did just fine after the dot-com bubble.

Over the past 21 years, 309 small-cap stocks (with average hold times of seven years) have produced gains of 1,000% or more — 15 per year on average. And you can’t miss out on the small-cap shuffle any longer!

Click here to learn more. (Now! Before the food coma sets in!) 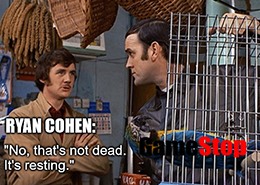 But other than a single guy buying more shares of a dead retailer, there’s nothing here. Nada. Zip. Zilch.

Please. I double-dog dare you. Go ahead and build out a better shopping platform that doesn’t crap out on anyone still desperately hailing down a PlayStation 5.

Here’s the deal. GME’s model for selling games is dead. It joined the choir invisible. It’s an ex-game company that just doesn’t know it yet. GME is only perched where it is because someone nailed it there. 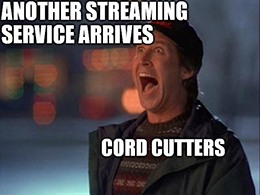 Speaking of trying to gain an audience … do any of y’all watch Fubo? No?

Live-sport streamer FuboTV (NYSE: FUBO) IPO’ed back in October to great acclaim. The stock nearly quintupled through yesterday, when it surged again after Needham analysts doubled their price target on the stock from $30 to $60.

Whoopee! FUBO hit that price target and … oh, wait, now it’s hurtling back down to Earth on a valuation downgrade. BMO analysts said recent gains were overblown like Mudhoney, downgrading Fubo from outperform to market perform.

Though, Analyst Daniel Salmon also raised the price target for FUBO from $33 to $50 just to muddy those valuation waters a little more.

Still, as the only real live-sports streaming service on the market, I’m keeping a close eye on this potential stocking stuffer.

Not even garbage wants to be around Nikola (Nasdaq: NKLA) right now. Today, the company’s partnership with Republic Services (NYSE: RSG) fell through — no more dreams of electric dump truck fleets.

Nikola says this team-up was no longer tenable since it’d involve “longer than expected development time and unexpected costs.” Current CEO Mark Russell tried to smile through the pain, claiming this was the right decision for both companies.

Republic, much like a honey badger, doesn’t care all that much and continues to tap other suppliers and startups to go electric regardless of Nikola’s snags.

From EVs to AVs

Then, last week, Foresight partnered with the University of Michigan’s TechLab program to further develop its self-driving systems. It’s legit good news for FRSX — which now has access to UM’s testing facility and the Detroit auto hub.

But add in a little spillover speculation from Apple’s (Nasdaq: AAPL) electric vehicle news — just like we saw with QuantumScape (NYSE: QS) — and the stock is up almost 300% since December 1. And I really wanted to like this one too … shame. 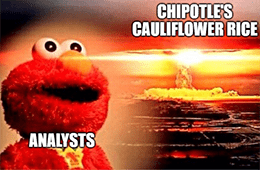 What’s your favorite holiday-time food? Honey hams and yams? Chipotle Mexican Grill (NYSE: CMG) has other ideas. Today, the bistro of basicness was named by analysts at Cowen & Co. as their “best idea for 2021.”

The firm rates CMG as an outperformer, with a $1,550 price target “ahead of a likely nationwide launch of cauliflower rice on January 4, following five months of testing.”

Cauliflower and rice? Two not-so-great tastes that make me want to hurl… Sorry, not sorry.

I get that this will probably tick off the health-conscious boxes enough for some … but banking on CMG’s Great Rice Rally? That’s a bit too heady, even for me. Also, five months to make rice? I’ve got it down to three minutes! (Rice cookers, people! Buy one. Thank me later.)

Great Stuff: Go Out and Gather

Thank you for tuning in, Great Ones! As you venture out (or stay in) on your holiday journeys, be sure to jot down anything interesting you’d like to share with your fellow ‘Stuff readers. When it comes to Reader Feedback — ahem, our inbox is right here — you know we always come back for seconds. 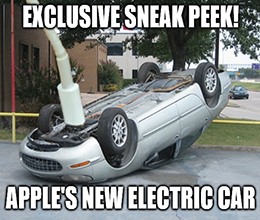 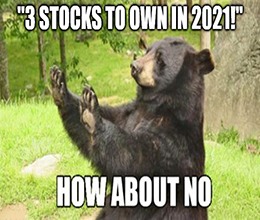