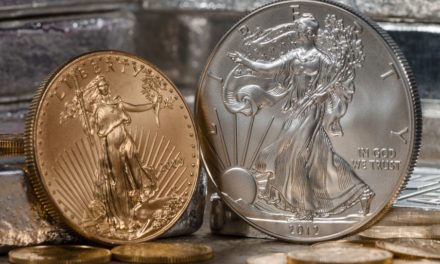 The last time we saw this ratio where it is now was back in 1993. What happened next made smart investors a lot of money.

If you divide the gold price by the silver price, you get the gold-to-silver ratio. It basically shows how many ounces of silver it takes to buy an ounce of gold. It’s used in mining to convert mixed gold/silver deposits to gold-equivalent ounces.

Historically, the ratio is about 45 ounces of silver to one gold ounce. The average since January 1990 is about 65.

Today, the ratio sits at 92.6 — the highest value since March 1993. If you bought silver back then, you made a ton of money in a few short months.

30-Year Extreme Tells Us the Price of Silver Will Soar 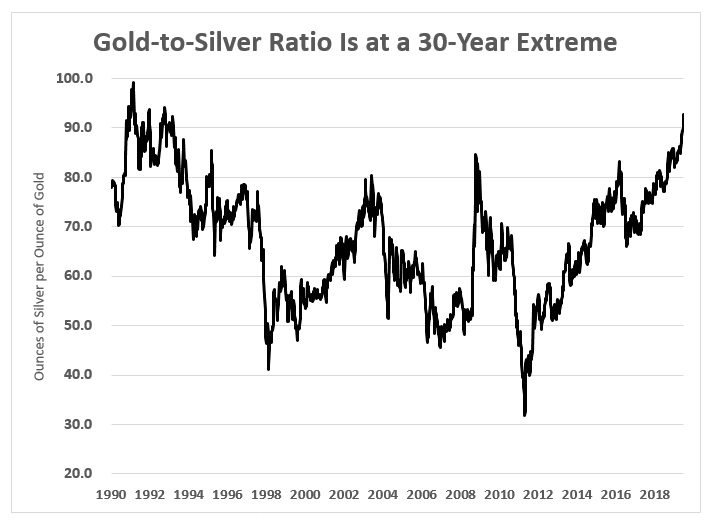 As you can see, the gold-to-silver ratio didn’t stay high for long. These extremes last a short time. What’s interesting to us is how the change in the ratio happened. 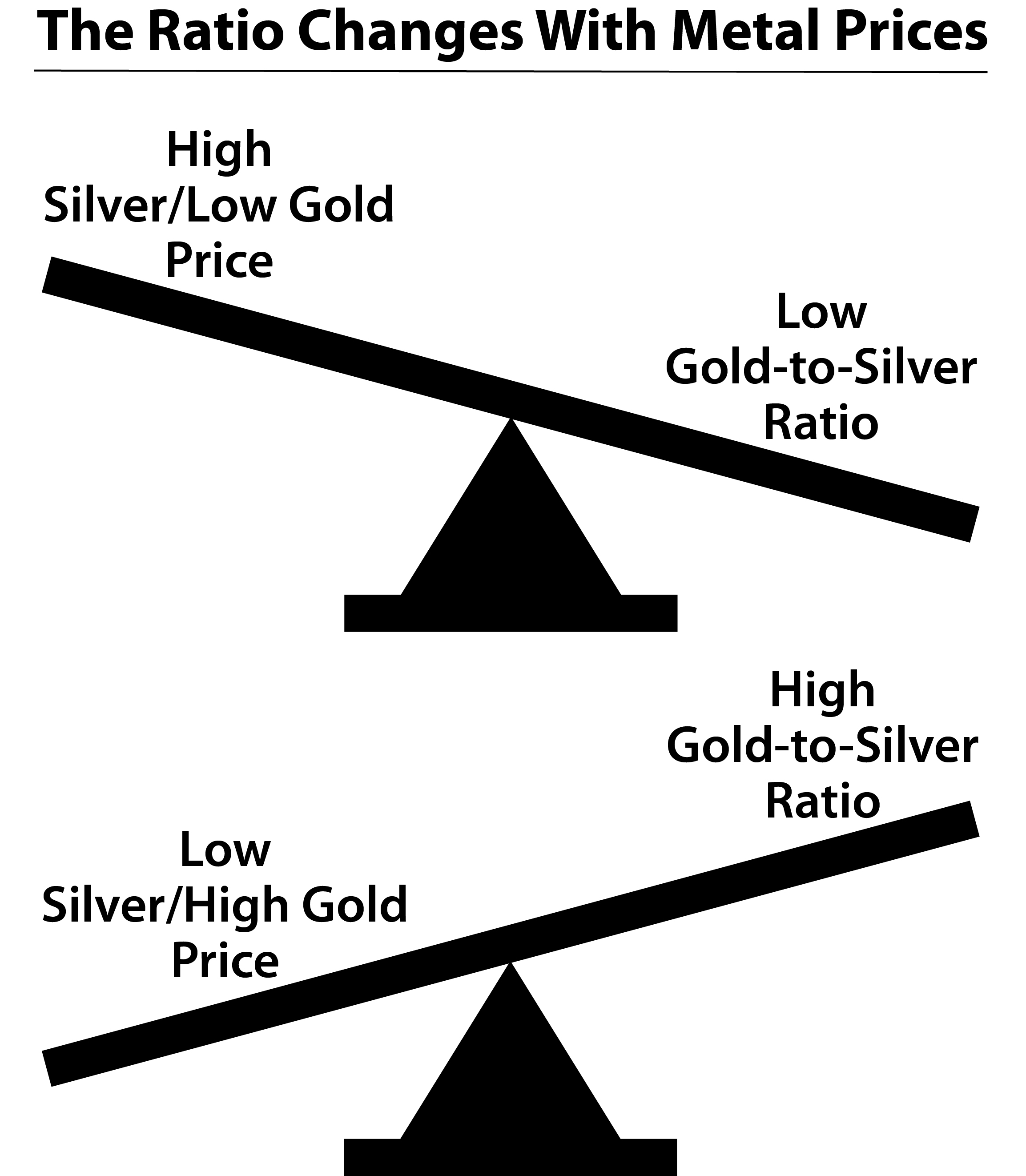 It’s only attractive to us if we know the direction one of the prices will move.

To put that in perspective, the current price of silver is $15.25 per ounce. It would need to break $23 per ounce to match that move.

The setup we see today should result in a similar move in the silver price. That’s due to what’s going on with gold today. The price of gold shot up from $1,275 per ounce to $1,420 per ounce in just six weeks. That’s an 11% move in a very short time.

Investors are fleeing to gold as a “safe haven.” It’s a place to stash their cash to avoid losses. The economic forces are pushing smart money in that direction.

European banks have negative interest rates. In other words, banks are charging people to keep their cash.

And in the U.S., the Federal Reserve told the world it would cut interest rates. That means investors can’t count on U.S. bonds to pay them much, either.

That’s why investors around the world are piling into gold. And it’s why the gold-to-silver ratio hit a new extreme.

It’s also why I don’t expect the gold price to fall.

Silver is a store of value in its own right. And soon, bargain hunting will send the silver price up to match the gold price.

The silver price needs to rise at least 38% to get the gold-to-silver ratio back to average. But, as we saw the last time this happened, the silver price could go up much more.

There’s an easy way to play this: the iShares Silver Trust exchange-traded fund (NYSE: SLV). It tracks the price of silver bullion.

However, if you want to speculate, you can use a leveraged fund like the VelocityShares 3x Long Silver exchange-traded note (Nasdaq: USLV). It will move at three times the price of silver.

Just be careful using a leveraged fund, because they move quickly. However, this is the kind of setup that makes those funds profitable. 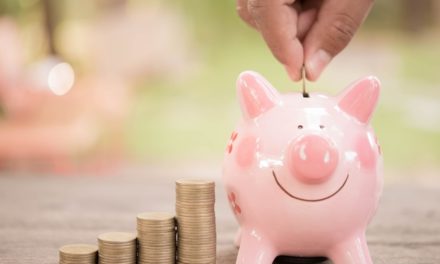