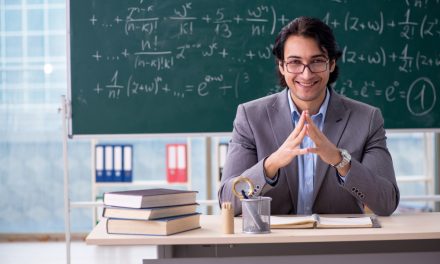 Never think you know everything.

The people who run Harvard University’s $40 billion endowment are humble enough to recognize this.

The world’s largest academic investment pool recently changed its strategy. Instead of attempting to recreate hedge fund strategies with its own personnel, it is putting more money into the best third-party hedge funds.

From June 2016 to June 2018, Harvard doubled its exposure to hedge funds. It now has the most money invested in these firms of any Ivy League institution.

For example, it is partnering with one of the best health care-focused hedge funds.

Here’s how you could profit from that…

This Partnership Is a Win-Win

In March, Harvard established a strategic research alliance with a Manhattan-based hedge fund.

The intent of the program is to speed the development of health innovations into transformative treatments.

Harvard is a research university. It has a history of developing potential therapeutics.

But it wants to do so faster.

It hopes the alliance will speed its innovations from lab to societal impact.

Harvard’s partner in this effort is Deerfield Management. The school has the pick of who it could partner with, so its choice is compelling.

Deerfield will set up a private company to support Harvard research and development projects through various stages of discovery.

The project pairs two of the best at what they do.

It seeks to advance health care through its investments.

Deerfield knows the health care ecosystem well. It began 25 years ago as a $17 million fund.

Today, it manages more than $8 billion in the health care space. Its partners benefit from its knowledge.

Deerfield’s arrangement with Harvard will allow the firm to see new products and ideas as they are being developed. In the lab … and even straight from the minds of the researchers.

Being “in the room” as this occurs should allow Deerfield to grow its returns by investing at an early stage.

One way we can benefit is by watching where Deerfield is putting its money today. I think of this as a “smart money” indicator.

How to Monitor the “Smart Money”

Harvard believes in Deerfield’s ability. And I do too.

As individual investors, most of us can’t invest in Deerfield itself. The minimums for most hedge funds are too high.

But we can see what it is buying.

As an investment fund, Deerfield must report its publicly held investments once a quarter to the Securities and Exchange Commission. We watch these announcements.

But that’s not all. We also watch what it is doing in the interim.

Like its recent purchase of pharma firm KalVista Pharmaceuticals. KalVista focuses on treating diseases that don’t have a readily available treatment.

In the third quarter of last year, Deerfield bought a 650,000-share stake in KalVista.

Shares of the stock closed as low as $8 during the period. They’re more than $22 today.

This is an example of the kinds of returns being “in the know” can provide.

Deerfield has 28 stocks in its public portfolio that have increased 50% or more since the start of the year.

These returns show Deerfield knows what it’s doing. We expect its partnership with Harvard will result in the start of other firms like KalVista in the next few years.

One name Deerfield owns that I like today is Select Medical Holdings Corp. (NYSE: SEM).

The $2 billion firm went public in 2009 … and Bloomberg shows it has grown its sales every year for the past 12.

Select runs specialty hospitals and outpatient rehab clinics. It is the No. 1 or No. 2 largest operator of several categories of these facilities in the U.S.

Select sees 1 million patients per year. It has operations in 47 states and Washington, D.C. As one example, last year Select treated 21% of workplace injuries.

Plus, as people get older, having to rehabilitate from illness or injury becomes more and more likely. Select is there to serve those who need this type of care.

One of my colleagues just went through physical therapy at a similar place following a knee replacement. I’m sure many of you have friends who visit these places too. 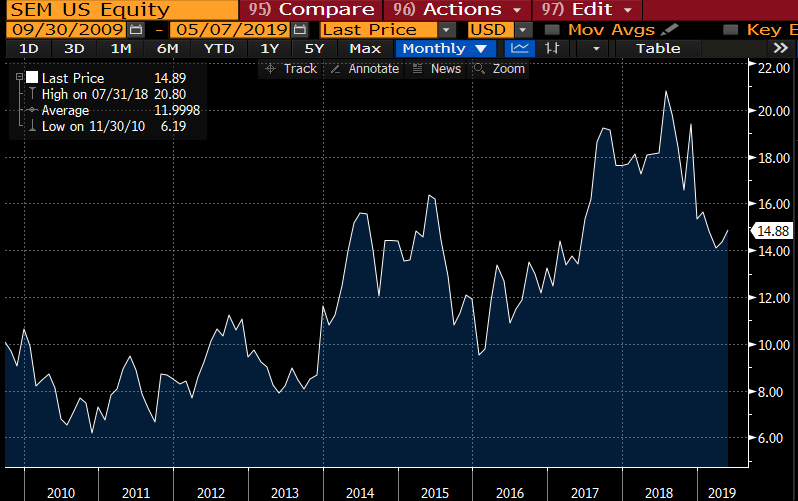 One of Select’s founders — Rocco Ortenzio — sees this as a great chance to buy.

For the first time since 2009, Ortenzio bought shares on the open market. He picked up more than $4 million worth for just under $14.20 each. Shares are up 5% since.

The $2 billion firm generates more than $300 million of free cash flow (cash from operations minus capital expenditures) each year. That means its value is just over six times its free cash flow. The company’s average annual multiple hasn’t been this low since 2015.

This looks like a solid time to buy shares. The stock could easily return to $20 — a more than 33% increase — over the next few months.

Plus, if you buy Select, you’ll be investing alongside Harvard. That’s smart. 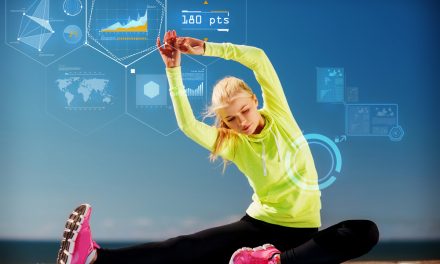 Insurers Will Pay You for Your Fitness Data