My, how things change…

The German economy is better now. No one talks about negative rates anymore.

I’ve been bullish on European banks for a while. (One of the recommendations in the Total Wealth Insider portfolio is up more than 20% in recent months.) But there’s still time to buy them and ride this sector even higher.

While no one expects the European Central Bank (ECB) to follow its U.S. counterpart and start raising rates just yet, that’s not the case everywhere on the continent.

A few weeks ago, the Czech Republic’s central bank raised the nation’s benchmark rate to 0.25% — the country’s first increase since 2008.

Why should we care?

If it’s happening in the Czech Republic, it’s going to happen in the rest of Europe sooner or later. Analysts think the ECB might start raising rates next year. German banks, stuffed with cash, are screaming for it already.

And if it happens in the rest of Europe, then banks are going to be one of the prime beneficiaries of the new policy. A great way to profit from the trend is with the iShares MSCI Europe Financials ETF (Nasdaq: EUFN). 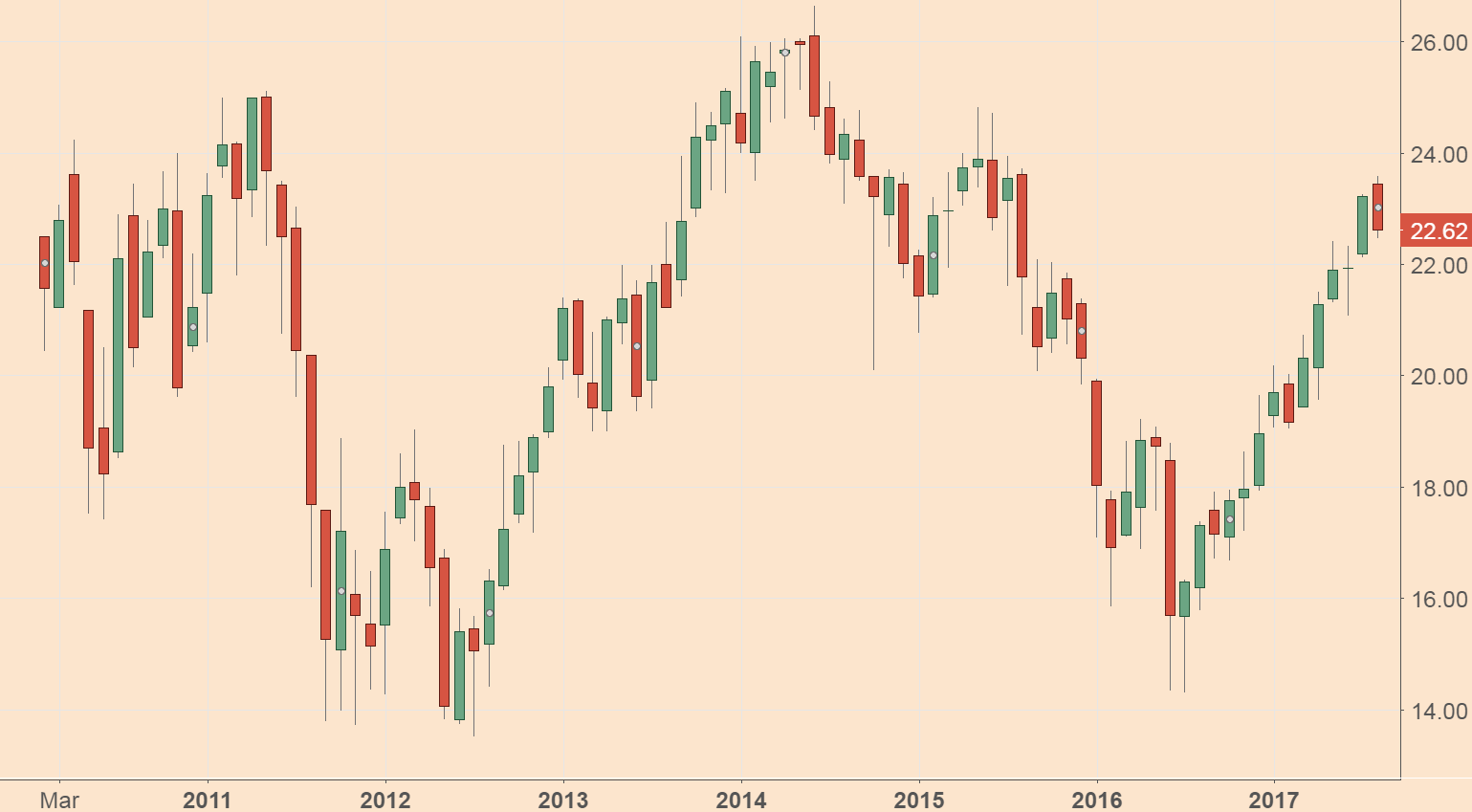 The shares of this exchange-traded fund went up more than 40% in the last 12 months, but have sold off a bit in recent weeks. This makes it a great time to buy into the shares and start participating in the rebound of Europe’s banking sector.