Dump Intel Now — and Buy This Chipmaker Instead 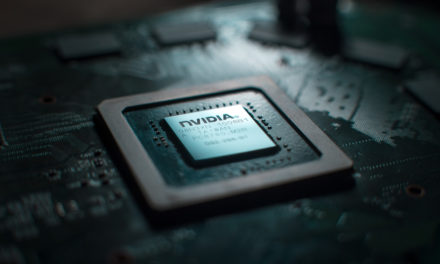 Chipmakers offer exposure to many of the biggest tech trends, including automation, drones and artificial intelligence.

And with the phase 1 U.S.-China trade deal easing tariffs on the global semiconductor market, now is a great time to add one of these companies to your portfolio.

The big question is: Which one do you buy?

One major chipmaker, Intel Corp. (Nasdaq: INTC), has grabbed the attention of many investors. 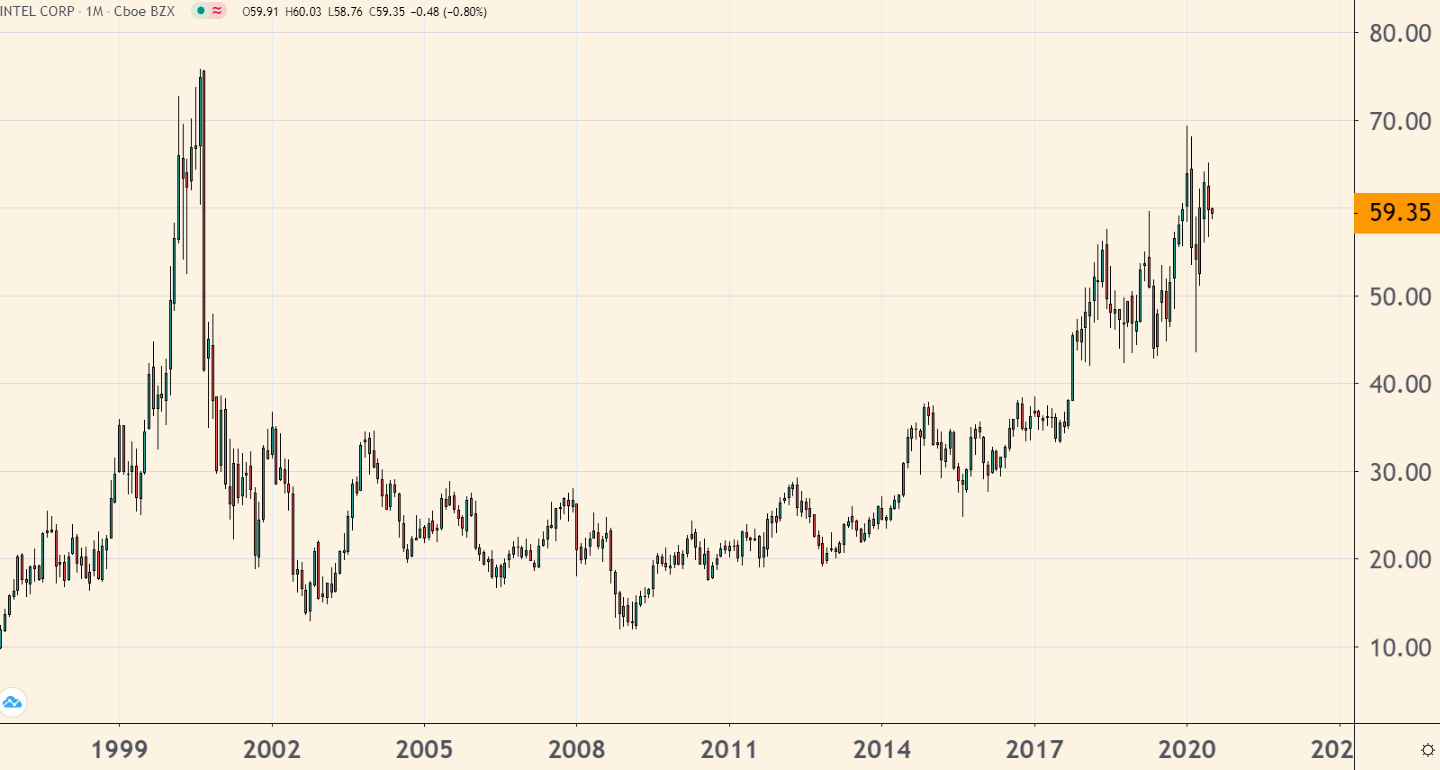 So, it begs the question: Considering the years and the massive investment in technology in the U.S. economy since then — Intel, where’s the growth?

Intel’s next earnings release is on Thursday, July 23.

Analysts expect the company to post second-quarter profits of $1.10 a share for the period — up an anemic 5% from the same period last year.

For all of 2020, Wall Street’s forecast is for Intel to post earnings of $4.74. But even looking beyond the virus-constricted results for this year, analysts only expect profits of $4.86 for 2021.

A price-to-earnings (P/E) ratio is a great way to quickly gauge investors’ expectations of growth and the price they’ll pay for a stock.

If we take Intel’s current stock price and divide it by its 2021 earnings estimate, we get a P/E ratio of roughly 12.

A P/E ratio of 12 means investors are happy to buy Intel’s shares on the expectation that the chipmaker’s profits will grow at roughly 12% over the next few years.

By looking at analysts’ profit forecasts for the company, though, we can see that’s not the case.

Wall Street expects the chipmaker to generate only about 2.5% growth in profits over the next 12 to 18 months.

In fact, over the last five years, Intel’s revenue has only grown at a 6% compounded annual rate.

Its earnings have grown at a 10% rate over that time. But it’s been helped along by a near-doubling in long-term debt to $36 billion.

That debt helped fuel a share-buyback machine that has whittled Intel’s available common shares from 4.7 billion to just 4.2 billion.

Basically, the Intel “pizza” stays the same size — but the company’s just cutting the profits into large slices.

Intel — and Other Tech Stocks — Have a Rough Time Ahead

The message here is that investors are paying too much to own Intel’s stock. No wonder the shares are having a hard time getting above $60 for any length of time.

And I happen to think that a lot of tech stocks may be in for a rougher time in the coming months.

The Nasdaq Composite Index’s rally of late is being driven as much by the liquidity induced by the Federal Reserve, moreso than growth in profits as the economy recovers.

But if you want to own a chipmaker that still has a real growth story to tell, there’s a different name you should follow.

1 Chipmaker to Rule Them All

Nvidia Corp. (Nasdaq: NVDA), in my view, offers us much more growth and value than Intel does.

And based on NVDA’s recent gains this year, many investors seem to agree with me:

NVDA Is up 60% Since January 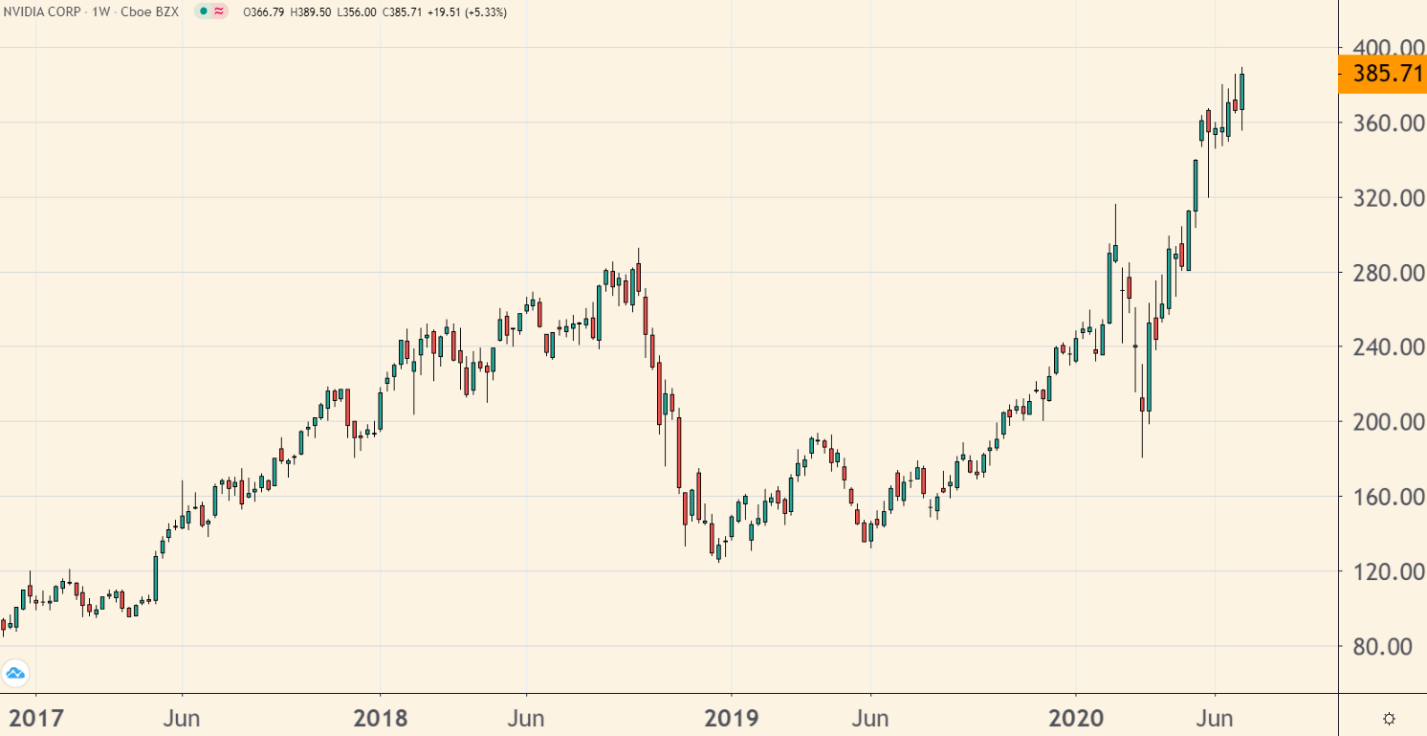 When I first wrote about Nvidia versus Intel earlier this year, Nvidia’s stock was truly undervalued.

At the time, the shares still traded about 13% below their all-time high of $280 set back in 2018. And earnings growth was about to accelerate higher rather than stagnate like Intel.

If we divide the 2021 figure using Nvidia’s share price of $385, we get a P/E ratio of 47. In other words, investors are saying they expect the chipmaker’s profits to grow at 47% a year.

So with Nvidia, we can argue that the stock is slightly overvalued. On the other hand, there’s no questioning that the chipmaker has the right products in the right categories to fit those expectations of growth.

Over the last five years, Nvidia has increased its revenue at a compounded annual growth rate of 20%.

If we look at its net income over the same time frame — diluted, normalized, however we want to slice and dice those profits — it’s growing its bottom line at an average annual rate in excess of 35% a year.

If investors’ appetite for tech stocks turns sour soon, they may not want to pay 47 times Nvidia’s 2021 profits to own the stock.

But keep an eye on the shares. You’re getting a bargain on anything below $340. 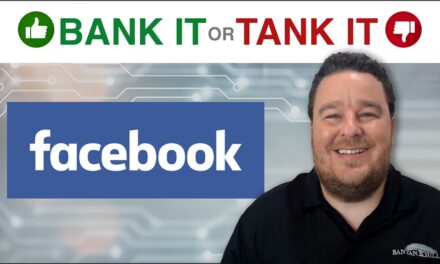 Facebook’s Ad Blackout: Bank It or Tank It 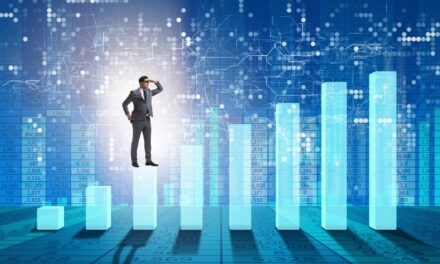 These 3 Sectors Will Lead the Recovery