Home » American Investor Today » Did You Stream the Super Bowl? Next Year, You Probably Will

Did You Stream the Super Bowl? Next Year, You Probably Will 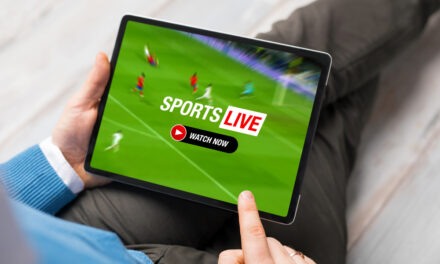 Super Bowl LV was one for the books.

Although Kansas City’s reigning champions, the Chiefs, were favored going into the game, quarterback Tom Brady led Tampa Bay — whose last Super Bowl appearance was back in 2003 — to a decisive victory.

And I’ve got to say, watching Tampa Bay not only dominate the score board, but shut down the acclaimed KC offense was nothing short of spectacular.

So, although I’m a die-hard Giants fan myself, I suppose congratulations are in order for the Buccaneers on their performance.

I watched the game at home. And amid the ongoing pandemic, many others were looking for safer, socially distanced game-watching options, too — not the crowded sports bars they went to before.

My husband and I have been streaming most games this season online in our living room. And we’re not alone…

NFL football is the most popular sport in America. It has been historically accessed via cable networks — CBS, Fox, NBC, ESPN and NFL Network. In more recent years, it’s also been available to stream.

This year, fans could watch it on the CBS streaming services, as well as Hulu and YouTube.

And by using apps like NFL Mobile (which was introduced in 2013), fans can watch on their phones, tablets or other devices from wherever they want.

Additionally, by paying for an annual subscription on the NFL app, fans have access to every game of the season, regardless of whether the big-name networks are showing it or not.

I know my family is much more likely to finally cut the cable if we can get access to our favorite teams, hassle-free.

For those who use cable, streaming sports could change everything.

Last week, I talked to you about the streaming mega-trend that’s already taking shape.

Following in the footsteps of popular streaming services like Netflix, Disney+ and Amazon Prime, newer ones, such as NBCUniversal’s Peacock, seem to be cropping up left and right.

In fact, those who watched the Super Bowl (and, of course, the commercials) saw several ads for the rebranded CBS All Access streaming service, Paramount+.

You can’t blame them — some forecasts say that Disney+ could become a $30 billion business in its own right. And in a pandemic year, while the rest of Disney’s empire suffered, the streaming service proved to be a bright spot.

And while we don’t have numbers for Amazon’s Prime Video service, we do know that the company’s subscription services — which includes Prime Video, plus other streaming apps like Prime Music and Audible — brought in some $25 billion in sales in 2020.

And in this post-pandemic world, streaming will continue to prosper.

Because not only is streaming a movie safer than going to the theater to see one … but it’s easier, too.

With an entire world of entertainment at our fingertips, overpaying for popcorn at the theater and going to jam-packed sports bars to catch a game may soon become things of the past.

Claiming Your Own Stake

If you’d gotten into streaming giant Netflix when it went public almost 20 years ago, you’d be sitting on a return of over 3,600%. And the moneymaking potential of this trend isn’t over…

If you’re looking to profit off of streaming, you’ll want to follow a guide with experience — someone who knows exactly how to play mega-trends.

And that someone is Wall Street veteran Charles Mizrahi.

Over the course of his nearly 40-year career, Charles has learned how to profit off of trends … and he’s made a habit of it.

For readers of his Alpha Investor research service, this skill has proven very useful for making profits in the stock market.

In fact, we’ve heard from one high-profile subscriber on how Charles has helped her reclaim her financial freedom…

And now she’s sharing her story so that you might have the chance to follow her lead.

So, if you want the opportunity to profit with Charles’ guidance — and to hear from our very special guest — click here and get started today!

You don’t want to miss out on this! 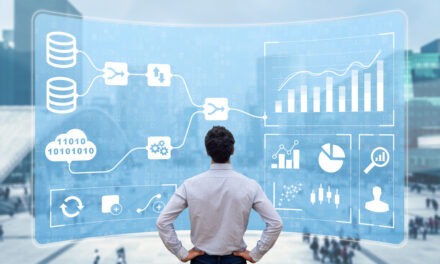 The Secret to Consistent Gains — It’s Not Buying GameStop