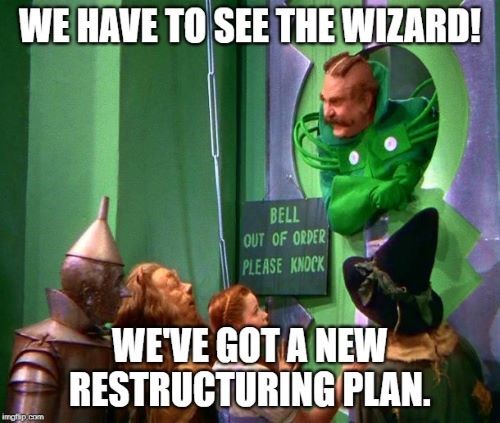 Watch Out for the Scarecrow’s New Look

And a couple of brand-new straws

That’s how we keep you young and fair

In the merry old land of Oz

I must admit that I had this song from the movie version of The Wizard of Oz running through my head when I heard the news that Deutsche Bank was tidying itself up before presenting itself to the Wizard … err … investors once again.

Over the weekend, Deutsche Bank announced that it plans to get out of global equities trading, slashing 18,000 jobs and transferring €75 billion (roughly $84 billion) risk-weight assets.

The company plans to considerably reduce its large sales and trading business.

Christian Sewing, CEO of Deutsche Bank, called it “tackling what is necessary to unleash our true potential.”

Deutsche Bank’s goal is to reduce its investment banking division, which has been in decline for five years.

Of course, these changes come at a price. Deutsche Bank expects the changes to cost around €7.4 billion by 2022, with €3 billion logged in the second quarter of 2019.

The company forecasts a loss of €2.8 billion for its second-quarter results, which come out on July 24.

But the plus side is that the bank aims to trim costs by €17 billion over the next three years.

My first thought is that even after packing the scarecrow full of new straw, the guy still doesn’t have what he needs on the inside. And I’m not convinced that Deutsche Bank has in place what I need to invest my money.

Let’s keep in mind that this isn’t the first time Deutsche Bank has attempted to reinvent itself.

In 2012 and 2015, the company spent  a combined €7.5 billion on reshaping Deutsche Bank. And here we are just short of four years later, playing the same game again. But this time, the company isn’t raising fresh capital to fund the overhaul. Instead, the bank plans to pay for the revamp using existing resources.

Right now, Deutsche Bank’s goal is to restore faith in the bank, but that’s not going to be an easy task with its stock suffering a horrible 80% collapse in share price over the past 10 years.

I’m passing on the company. I’d rather see proof of the scarecrow delivering on his promises before he earns any faith or money from me.

The Good: Time to Go Krogering? 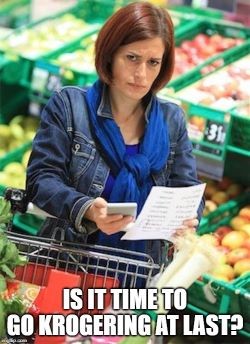 It might be time to take a second look a grocery guru Kroger Co. (NYSE: KR).

Yes, the company had a rough year. Some disappointing earnings at the start of 2019 led the company to a 21% haircut in 2019 compared to the broad market’s 19% run higher.

But it looks like one director thinks the company has been overly punished for its earnings misstep. This director is loading up on shares — a first in two years.

That’s a pretty solid vote of confidence from an insider.

And let’s not forget that Kroger recently reported improved earnings and increased its dividend. With a dividend yield of 2.9%, Kroger is starting to look far more appealing than it was.

The Bad: Earnings Season, Brought to You by Smoke and Mirrors

We’re about to kick off another earnings season. The point has always been to give investors some critical insight into the companies that they’re partial owners of. (That’s right. Don’t forget that those shares represent partial ownership of an actual business.)

But executives are more concerned with stock prices rather than informing investors of what’s really happening. That’s why they go to such creative accounting lengths to keep earnings looking positive when they’re actually far from it. 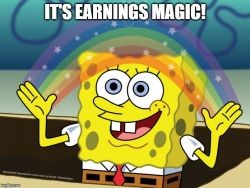 One favorite tactic is stock buybacks. As the number of shares in the market decreases, the headline earnings-per-share number that everyone likes to look at rises, making comparisons to previous quarters look far more attractive than they should.

Corporate stock buybacks in the past 12 months through March 2019 reached an astounding $823.2 billion on approximately $1.13 trillion in earnings.

For the same period the year before, buybacks totaled $575.3 billion on earnings of $986.5 billion.

Don’t get fooled by earnings magic. Dig deeper into the numbers this season!

The Ugly: Sorry to Burst Your Bubble 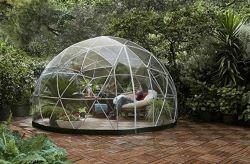 There’s a hot new trend that’s popping up in backyards around the country. Forget about the fancy barbeques, elaborate gazebos or even man-made babbling brooks to help take away those workday worries.

Nope, we’ve got giant plastic igloos. Escape to the great outdoors by jumping into a plastic bubble, where your neighbors can clearly watch you like an animal in a zoo cage.

While they might offer an interesting way to spend a snowy evening — once you include the electric heaters and maybe some pretty twinkle lights — I keep wondering how quickly the user might cook in the sweltering summer as the sun beats down, heating the trapped air inside.

The reviews coming in are also showing that the product isn’t exactly as pictured. Buyer beware.

But honestly, if you want to be outside, just go outside and don’t encase yourself in a plastic bubble. 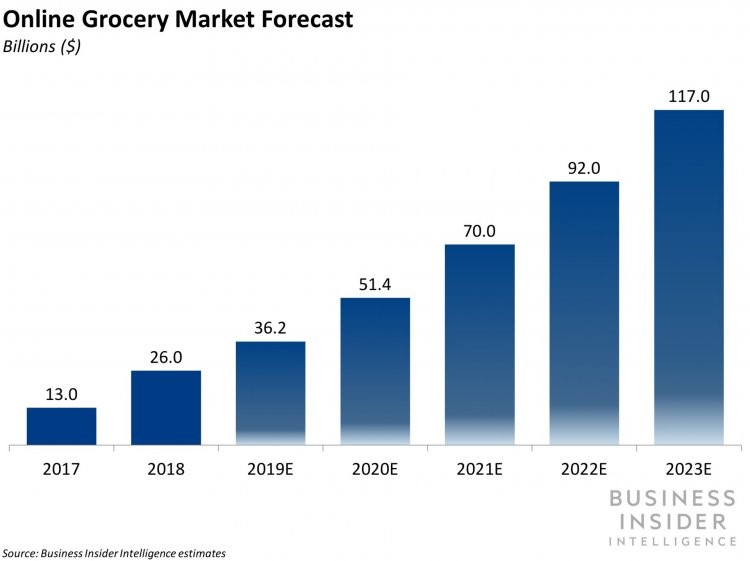 We’ve watched technology development and growth change the way we shop, communicate, travel and do just about everything. One of the last holdouts continues to be grocery shopping, but even that is starting to change.

As you can see from the table above, this is an area that’s poised to see significant growth over the next several months. Right now, NPD Group reports that only 10% of U.S. consumers state they’re regularly shopping online for groceries. But that leaves lots of room for growth.

Grocery shopping is a chore that I could do without. If any of the big contenders, such as Amazon, Walmart or Kroger, could work the bugs out of the system and make it a simple process, I’d be happy to cut out wandering countless aisles searching for something good to make for dinner out of my weekly schedule.

That wraps up your Monday dose of Great Stuff. As Joe mentioned last Friday, I’m filling in for him this week while he and his wife celebrate their 20th wedding anniversary. I can only imagine what trouble they’re getting into…

In the meantime, don’t forget to check out all of Great Stuff’s greatest hits. Thanks to the magic of the internet, you can find each past issue of your favorite e-zine right here. 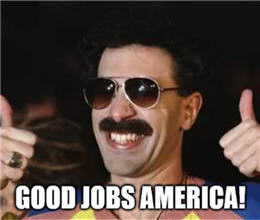