Bring on the Earnings!

It’s really kind of unseemly how excited I get about earnings season. This precious time each quarter presents investors with an amazing gift — near-predictable volatility.

You see, I cut my investing teeth on the trading environments of the late ’90s and early 2000s. You remember that wonderful time of dot-com insanity, golden toothbrushes and bacchanalian parties. (If you’re too young to remember, let me assure you that it was a wild time.) Tech companies with no profits — and possibly not even a solid business plan — soared to ridiculous heights. It felt like the party would never end.

And then we had volatility in the other direction: straight down.

About the same time, I also fell into options trading. Volatility turned big moves (in the right direction) into huge profits. HUGE.

Fast forward a decade or so, to hedge funds, algorithmic trading and … ugh … index funds. We’ve largely sucked all the volatility out of the market.

Trading has grown a bit more predictable, and, well … the headlines are definitely less exciting.

But this is when we can usually count on some volatility — on the chance to grab a good deal — is earnings season.

Now is a great time to take another look at a company that might have flashed on your radar as an interesting purchase, but was too expensive at the time.

As Joseph Hargett and Michael Carr pointed out last week in Great Stuff, many companies have set the stage for some disappointing earnings.

“But for individual companies, expect big moves … like ‘earnings-geddon’ for individual stocks. Misses will be punished more than average. Many companies failing to impress should see their stocks fall 5% or more,” Carr commented.

Too often, we see a stock punished for missing a headline number while the core of the report or steps the company is taking are solid. Let investors overreact. Celebrate the shares suffering a 5% or 10% haircut. You can just scoop them up at an even better price! Everyone loves a bargain.

But be careful of the companies that look too good to be true. As I pointed out in Monday’s Great Stuff, companies love to make their earnings look better than they are with tactics such as share buybacks. Dig deeper into the numbers! Get to the truth.

Since I’ve hijacked Great Stuff while Joe is on vacation, I thought I’d tweak the format just a little bit. Today, I thought I’d look at a trio of companies that have earnings reports coming up soon.

The Good: Can’t Keep a Good Retailer Down … for Too Long 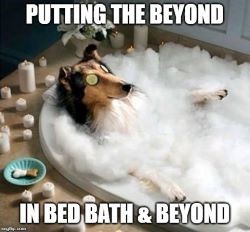 It’s hard being a brick-and-mortar retailer in this day and age. I’m just as culpable as everyone else. I’d much rather go online and order what I need — especially if I can get free shipping — rather than waste an entire day running from store to store to store completing my errands.

But there are a few out there — whose names don’t rhyme with “Pamazon” or “Dolmart” — that I think are worth a second look .

And Bed Bath & Beyond Inc. (NYSE: BBBY) makes that list for me.

Don’t get me wrong — the company is hurting. Margins have been sliding for the past 11 straight quarters, which haven’t been helped by the retailer’s wonderfully addictive blue-and-white 20% coupons.

The company is slated to report earnings on Wednesday, July 10, and sales for the previous quarter are expected to drop about 6% from the same period a year ago.

BBBY is taking steps to improve, starting with ditching former management and coming up with a new turnaround plan. Unfortunately, not enough time has passed for those changes to impact this earnings report.

But there are a few things that have caught my eye:

Expectations are in the basement for BBBY. Even a little good news from management, combined with its killer dividend yield, could get this stock moving higher again.

The Bad: When You Fly Too High 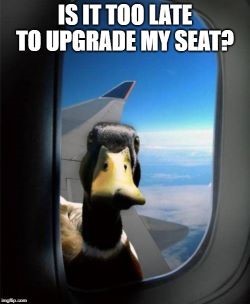 This one is probably more appropriately called “The Meh” rather than “The Bad,” because I’m simply not wowed or really tempted.

Delta Air Lines Inc. (NYSE: DAL) is set to report earnings on Thursday, July 11. And things are looking pretty snazzy for the company.

Travel has been brisk this year. For instance, Delta reported that it flew more than 2.1 million passengers without a single mainline cancellation from May 24 to May 27. In fact, a record 666,769 passengers availed themselves of Delta flights on May 24.

It also doesn’t hurt that crude oil prices have lingered at low levels recently. Delta has already trimmed its fuel cost projections. The airline expects adjusted fuel costs in the range of $2.07 to $2.12 per gallon, which is down from fuel costs of $2.17 a gallon for the same period a year ago.

And analysts love Delta. Yahoo Finance shows all 18 analysts following the company rate it a “strong buy” or a “buy.”

It looks very good. I won’t argue that. But my concern is, where’s the juice? Where’s the extra bit of power that’s going to jump-start that next leg higher?

Everyone already loves the company and expects great things, which has carried the shares right back to the $60 area. And that’s the same barrier that has rejected the shares for the past year.

Delta might have some gains ahead of it when it comes to this earnings report, but I think the stock is running low on fuel. We’re closer to the end of this upward flight than the beginning.

The Ugly: Don’t Say It 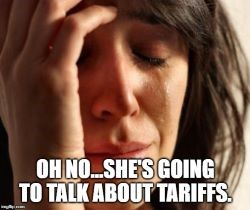 I know you’re tired of it. Trade talk. Tariff talk. The Fed. It’s all getting lumped together as annoying, and no one wants to hear it.

And when it comes to Nucor Corp. (NYSE: NUE), we shouldn’t be talking about the steel tariff.

Except that Nucor is a steel company. That old saying about babies and bathwater still holds true when it comes to trading, unfortunately.

Nucor has already cut its earnings guidance for the second quarter. The company is now expecting earnings to come in between $1.20 and $1.25 per share. This new estimate is down from $1.63 in the first quarter of 2019 and $2.13 in the year-ago quarter. Analysts were expecting earnings of $1.47.

I’m going to keep this one simple: When it comes to Nucor, it’s not the right time yet.

At its heart, it’s a good company. But it doesn’t matter that it uses modern electric arc mills that allow it to operate more cheaply than its peers. Or that it has more than $1.5 billion in cash on hand.

The fact is that Nucor’s peers are struggling due to weak prices and slowing demand. And Nucor is going to get tarred with that same brush. The selling might not be as heavy, but the selling isn’t over yet. For now, everyone is just going to point to the slowdown in earnings when it reports its results on Thursday, July 18.

Just wait. Nucor will bounce back, but you might as well wait and get it at a cheaper price.

In the meantime, don’t forget to check out all of Great Stuff’s greatest hits. Thanks to the magic of the internet, you can find each past issue of your favorite e-zine right here.