I’m on my way to an event in Amelia Island, Florida, just south of the Georgia border.

The event, which I look forward to every year, is called the Total Wealth Symposium.

I love going. One, because I see a lot of friends and subscribers to my investment newsletter, Total Wealth Insider.

Two, it’s a chance to switch roles for a few days and hear what they have to say about stocks and the market — instead of the other way around.

And lastly, it’s an opportunity to lay out some big ideas on where we can make money.

This year, I’m talking about profiting from the drone economy.

It’s here. It’s ripe for investment. And folks who get in now are in an ideal position to rake in big profits.

A recent report from the Federal Aviation Administration (FAA) gives us a glimpse at this opportunity.

For instance, I used to think the main growth in the drone industry was largely from hobbyists.

Many fly a hugely popular model called the DJI Mavic. You can purchase one at Walmart or on Amazon.

The FAA calls these users “modelers” and notes over 900,000 enthusiasts have registered about 1.25 million of their aircraft, as required by federal law.

For investors, though, the agency’s report is most interesting when it talks about commercial drone registrations. (The report calls them “non-model” aircraft.) 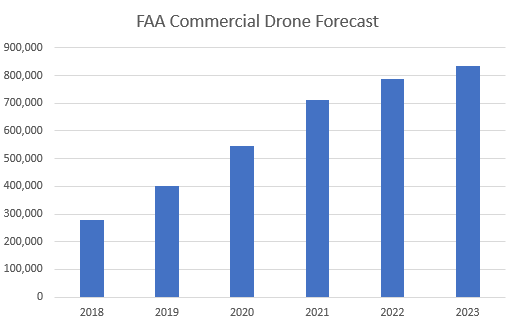 While the volume of hobbyist registrations slowed last year compared to 2016 and 2017, the FAA says the pace of commercial drone registrations has nearly tripled to almost 15,000 a month.

As the report notes, the commercial drone market “appears to be at an inflexion point of demonstrating powerful stages of growth. Unlike the [hobby drone] sector, we anticipate the growth rate in [the commercial] sector will continue to accelerate over the next few years.”

The FAA estimates there are already roughly 230,000 commercial drones in the U.S. — and the size of the fleet is growing at better than 44% a year.

By 2023, the agency expects to see more than 800,000 unmanned aircraft performing business-related missions.

Biggest Opportunity Yet to Come

Right now, those operations are largely related to inspections or security.

Power companies increasingly use drones to inspect miles of high-voltage power lines. Energy companies do the same for their pipeline networks.

But the biggest opportunity is just now arriving in the form of delivery drones.

I’m not going into the details here — I’m saving those for everyone who comes to the Total Wealth Symposium or watches it on the live-stream. (But I will be sharing some exclusives insights over on my Twitter feed during the event. Make sure to follow me there.)

But the FAA gives a strong hint in its report. The agency estimates there are only 13,000 true “professional grade” drones (average price: $25,000) in use right now. The rest are just “prosumer” models (average price: $2,500) repurposed for business use.

The FAA believes the number of true commercial drones will rise by roughly 1,000% over the next four years.

“If professional-grade [commercial drones] meet feasibility criteria for operations, safety … and enter into the logistics chain via delivering small packages, the growth in this sector will likely be phenomenal.”

If you’re an investor, a bureaucrat never wrote sweeter words than that. 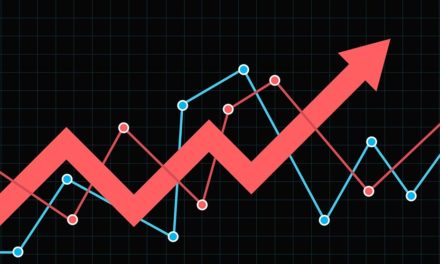 This Simple Trading Strategy Beat the Market for 200 Years 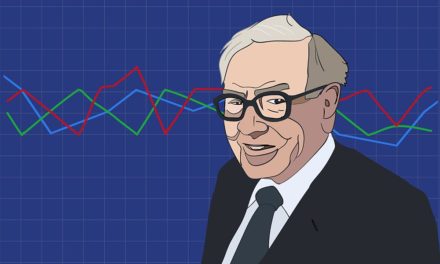