Unless you’re into wonky financial stuff, it was an easy news headline to miss last week…

“China Will Be Part of a Popular Stock Index,” said the New York Times. London’s Financial Times called it a “Defining Moment for Investors.”

Fair enough, I say, except buying that index now (or any other that includes large-cap Chinese stocks) is pretty much like buying a U.S.-based technology exchange-traded fund, with all its risks…

Don’t believe me? The Nasdaq’s rise is dominated by the popularity of the so-called FANG stocks — Facebook, Amazon and Apple, Netflix, and Google.

The rise of popular large-cap emerging market indexes such as EEM, up 50% in the past 18 months, or the iShares MSCI China Index ETF (Nasdaq: MCHI), up nearly 60% in the same time frame, has been dominated by a quartet of highly popular homegrown Chinese tech companies. 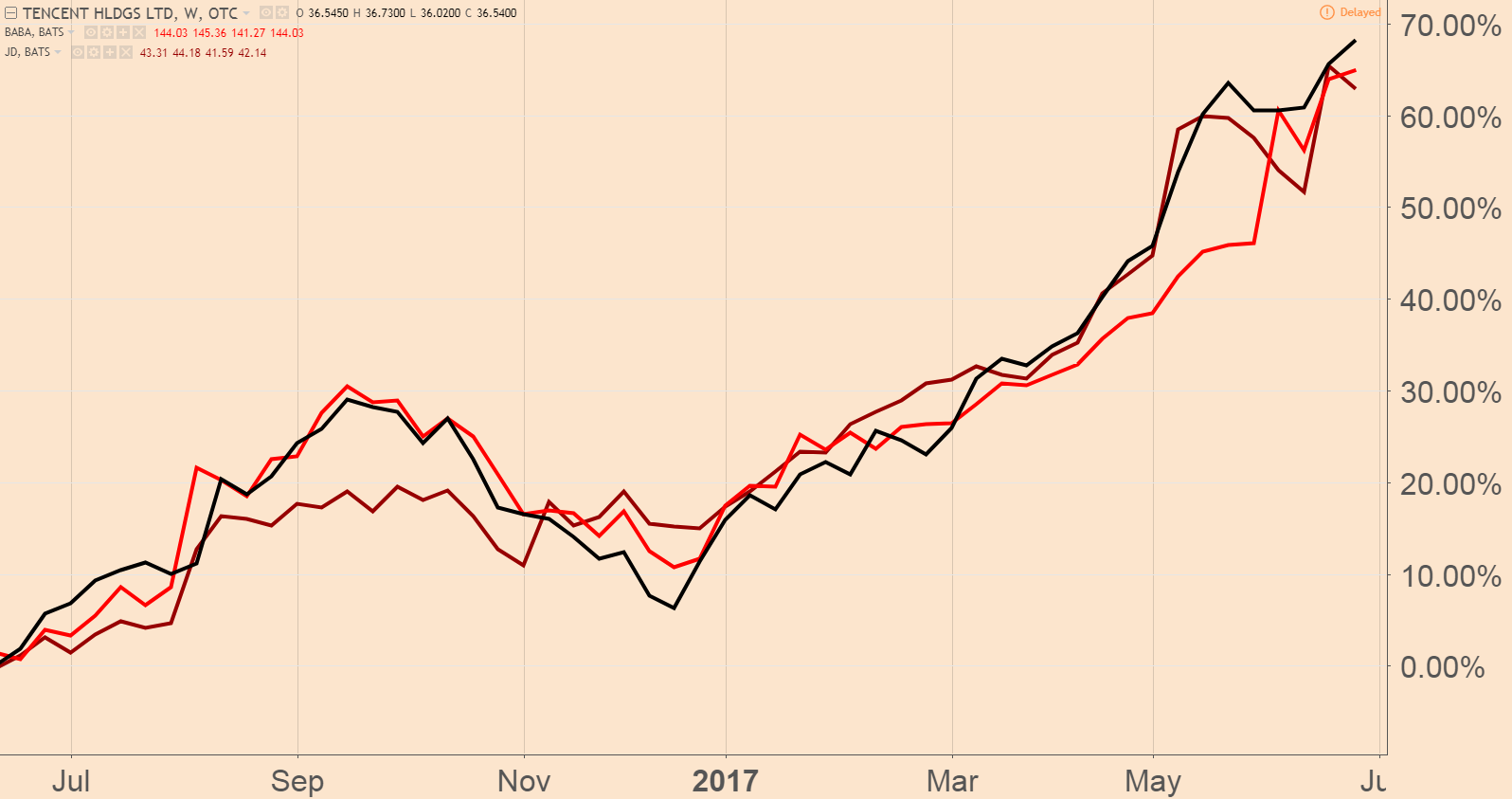 They’re getting pushed higher by the same powerful forces carrying the Nasdaq to its recent all-time highs.

But that’s a danger for any investor who’s concerned about large portfolio losses. Why? Most of us tend to think of overseas stocks as a venue to diversify our holdings; i.e., lower our risk.

Yet buying a large-cap emerging market ETF that includes these Four Horsemen means you’re just compounding the chances of taking a big loss when a correction or bear market comes. (I happen to think it’s a lot closer than most of us expect, but that’s another story.)

For instance, when looking at the MSCI China ETF’s portfolio, the Four Horsemen represent more than 30% of its entire portfolio value. The other 165 stocks take up the rest.

How many international ETFs hold each of these Four Horsemen?

According to ETF Channel…

Don’t get me wrong — these companies do represent, in many ways, the best of China’s 21st-century Internet capitalism. And MSCI is making the right decision in finally putting at least a relative handful of Chinese stocks in a widely followed benchmark such as the MSCI Emerging Markets Index.

But as one strategist told Bloomberg last week: “It’s risky when the whole market’s underpinned by a handful of [Chinese] large caps.”

Editor’s Note: When Chad Shoop and his team reviewed and tabulated the final backtest results of his new research service, they were stunned. Not only would it have zeroed in on gains as high as 108% … 115% … 127% … or even more … it would have taken just 21 days on average to capture each one. With these incredible results in hand, they decided to put their system to the ultimate real-life test by asking 100 ordinary people to try out their service. To find out what happened, click here now.

Why Invest in Europe? Because of This