Home » Technology » Cheap Batteries Will Be More Disruptive Than Smartphones

Cheap Batteries Will Be More Disruptive Than Smartphones 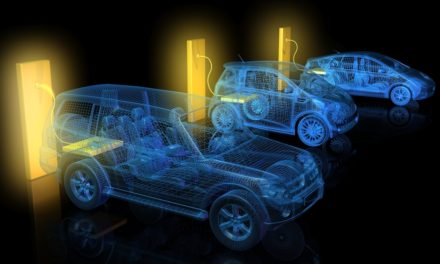 In the mid-2000s, I lived across the street from the Apple Store in New York City’s Soho neighborhood.

The 2007 debut of the first-generation iPhone.

A week before the first iPhone went on sale, Apple fans started queuing up on the sidewalk to be some of the first consumers to purchase the iPhone.

The iPod and the iMac were wildly popular, and now Apple’s new iPhone promised a sleek design that eliminated physical buttons in favor of a touch-screen interface.

But being one of the first to purchase an iPhone was no easy task. The line-sitters faced a brutal week of late-June New York City weather.

The days were uncomfortably hot and humid, and it stormed at night. The rain was torrential at times, and the Apple enthusiasts slept on the sidewalk, huddled under umbrellas.

By the week’s end, the scraggly-haired gentleman at the front of the line looked like a cooked lobster from excessive sun exposure.

And then, at 8 a.m. on Friday, June 29, 2007, the store’s doors opened, allowing the first patrons to buy their iPhones. It looked like the scene in Charlie and the Chocolate Factory when Willy Wonka finally lets the eager kids into the factory.

Apple employees lined up in the aisles and cheered as customers hoisted their purchases in the air like golden tickets.

For these revelers, it was worth the wait. The iPhone revolutionized the world.

It enabled the rise of digital businesses that disrupted how we travel (Uber and Lyft), how we purchase goods (Amazon) and how we communicate (Facebook and Instagram).

I recently read a stat that said the current iPhone is 110 million times faster than the mainframe computer that landed the Apollo 11 on the moon.

But the iPhone didn’t come about overnight. It took over 50 years of research to put a high-powered computer in the palm of your hand.

In the early 2000s, after decades of research, the chips needed to power smartphones were at a tipping point. They were finally cheap and small enough to mass-produce.

This brought about massive disruption and engendered trillions of dollars’ worth of investment.

And just like the semiconductor 10 years ago, there’s another technology at a tipping point after decades of research. It’s about to massively disrupt one of the world’s biggest markets and make informed investors fortunes…

Batteries at a Tipping Point

As a kid growing up in the 1980s, my portable electronics all required batteries.

Back then, we didn’t have rechargeable batteries, so I was constantly fretting over a dying Sony Walkman and Nintendo Game Boy.

As the world collectively agonized over battery life, a new technology was born. In the 1980s, researchers developed a lithium-ion battery that could be recharged.

But the technology was expensive, and the new batteries didn’t last for very long.

Fast forward to a few decades and billions of dollars of research later. The lithium-ion battery is now significantly cheaper, more powerful and everywhere. It powers my iPhone X, my Beats headphones and even the laptop I’m currently writing this on.

Kids these days don’t even know what it was like to stick your batteries in the freezer overnight in a feeble attempt to rejuvenate them.

The prices of lithium-ion batteries have fallen dramatically in the past decade.

Due to significant scientific breakthroughs that have allowed for cheaper, denser batteries, prices have fallen from $900 per kilowatt-hour in 2010 to under $200 per kWh in 2018. 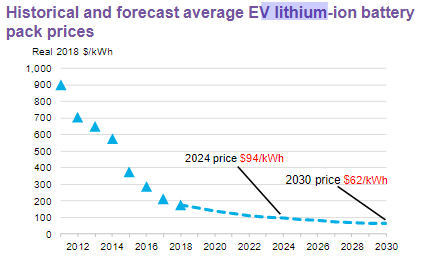 Cheaper batteries will usher in the electric vehicles of the future, which are expected to be cheaper than gas-guzzlers by the year 2023.

But that’s not the only use for cheaper batteries.

In the next decades, households and businesses will purchase batteries to store energy rather than rely on the energy grid.

There are a few companies leading this charge. I’m writing about one of them for next month’s Automatic Fortunes issue.

And you won’t have to spend a week on a New York City sidewalk to get that research.  You can simply join our monthly newsletter. 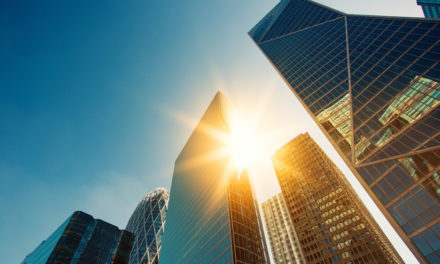 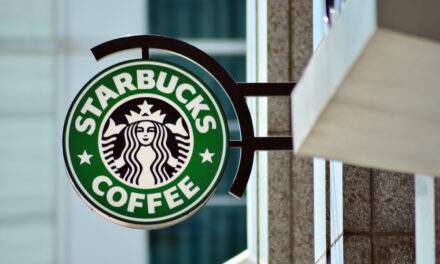 Starbucks Was the Perfect “Silicon Shakeout” Trade in 2022