Home » Investing » Trading Strategies » A Buy Signal for Everything

A Buy Signal for Everything

Magazine covers hold a special place in market history. In 1979, BusinessWeek ran a cover story on “the death of equities” that told us inflation killed the stock market.

But equities were far from dead in 1979. The stock market was just forming a bottom.

Stock prices fell about 15% after that magazine cover appeared. However, the birth of the next bull market was only three years away. 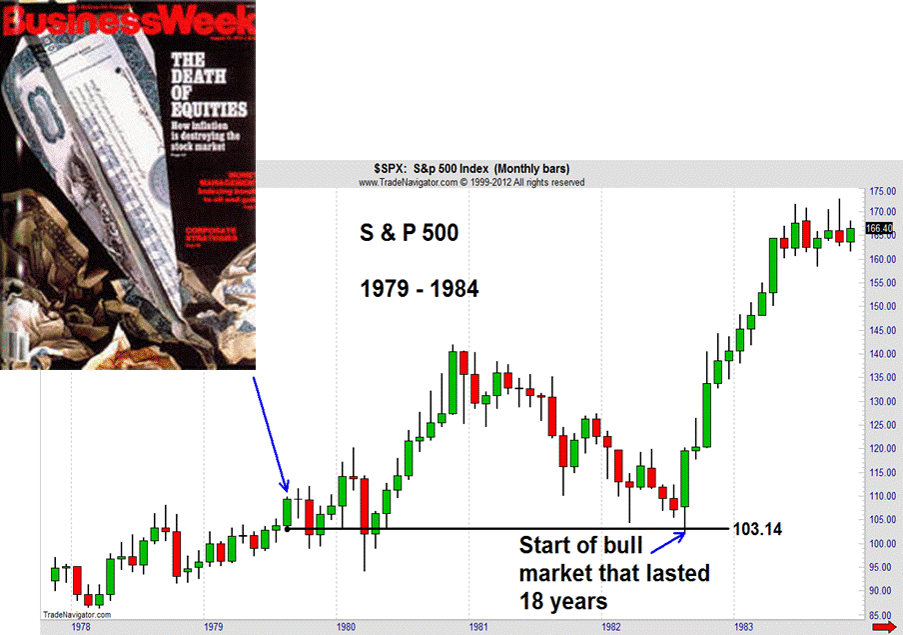 The bull market that ran from 1982 to 2000 would make millions of dollars for investors who ignored the headlines and magazine covers.

Based on that and other examples, analysts believe magazine covers are wrong most of the time. That makes the recent cover of The Economist a buy signal for everything. 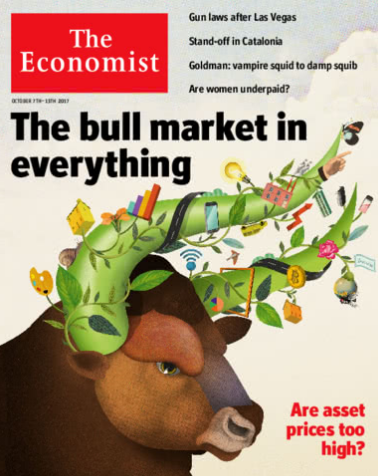 There’s a detailed theory to explain magazine covers. The thinking is that financial journalists tend to play it safe. They write things like “stocks are down because oil is up,” rather than going out on a limb.

Journalists reflect the wisdom of the crowd. So, the theory says that when magazines start putting market opinions on their covers, the direction of the trend is about to change.

The Economist is channeling common wisdom with this cover. Many investors believe asset prices are too high. Many believe the bull market is in its final days.

Looking at history, they’re probably wrong. I believe this current uptrend will continue. That’s what the story of the BusinessWeek cover tells us should happen.

Asset prices are too high. But they could go higher. The bull market should continue for months, delivering large gains to investors willing to ignore the conventional wisdom.

A Profitable Tell for Earnings Season