Home » Economy » U.S. Economy » The Bubble That Hasn’t Popped (Yet)

The Bubble That Hasn’t Popped (Yet)

If our stock market has an “Achilles’ heel,” then it comes in the form of ever-rising debt.

I’m generally bullish. I think most stocks are destined to head higher in the next handful of months.

But the record amounts Americans owe on their credit cards, car loans, student loans and mortgages mean the market’s rise is like a gallon of milk…

It comes with an expiration date.

But, as I’ll show you, there is a way to profit from the trend of rising consumer debt.

Last month, the number crunchers at WalletHub.com released their latest study on our credit card habits, using data from TransUnion, the Federal Reserve and the U.S. Census.

Here’s what they found…

Those are huge numbers. They’re sobering to think about. But let’s bring it down to a personal level…

How much does the average American family owe on their credit cards at the end of last year?

The scary part? The figure, according to the study’s creators, “is $138 higher than the level WalletHub has identified as being sustainable.”

OK, OK, maybe we’re not at a tipping point yet. It’s just one study. We Americans have an amazing ability to find yet more ways to extend and prolong our debt-fueling habits.

But the New York Federal Reserve Bank’s Center for Microeconomic Data paints a similar picture of record indebtedness in its latest quarterly study.

The biggest takeaway? Americans are more weighed down by household debt now than at the peak of the last boom a decade ago.

Of course, just because a lot of debt is owed doesn’t mean it’s going to wreck the economy. For instance, fewer Americans were falling behind on their mortgages at the end of last year, according to the Fed’s data. And “aggregate delinquency rates” (for all forms of household debt) improved in 2017’s Q4 as well.

But ultimately these things have limits — a lesson we already learned once before, as the previous decade’s Great Housing Bubble deflated into a bust.

And with the Fed intent on raising interest rates still further in the coming year, the cost of carrying all that household debt is only going to get more onerous for millions of Americans.

No one has a “debt collection exchange-traded fund (ETF)” just yet. But we’re already beginning to see a handful of debt collection stocks make steady gains.

For instance, PRA Group Inc. (Nasdaq: PRAA), which buys nonperforming loans from banks and other creditors, is up nearly 40% since September. The shares appear poised to regain their old all-time highs set back in 2014 and 2015. 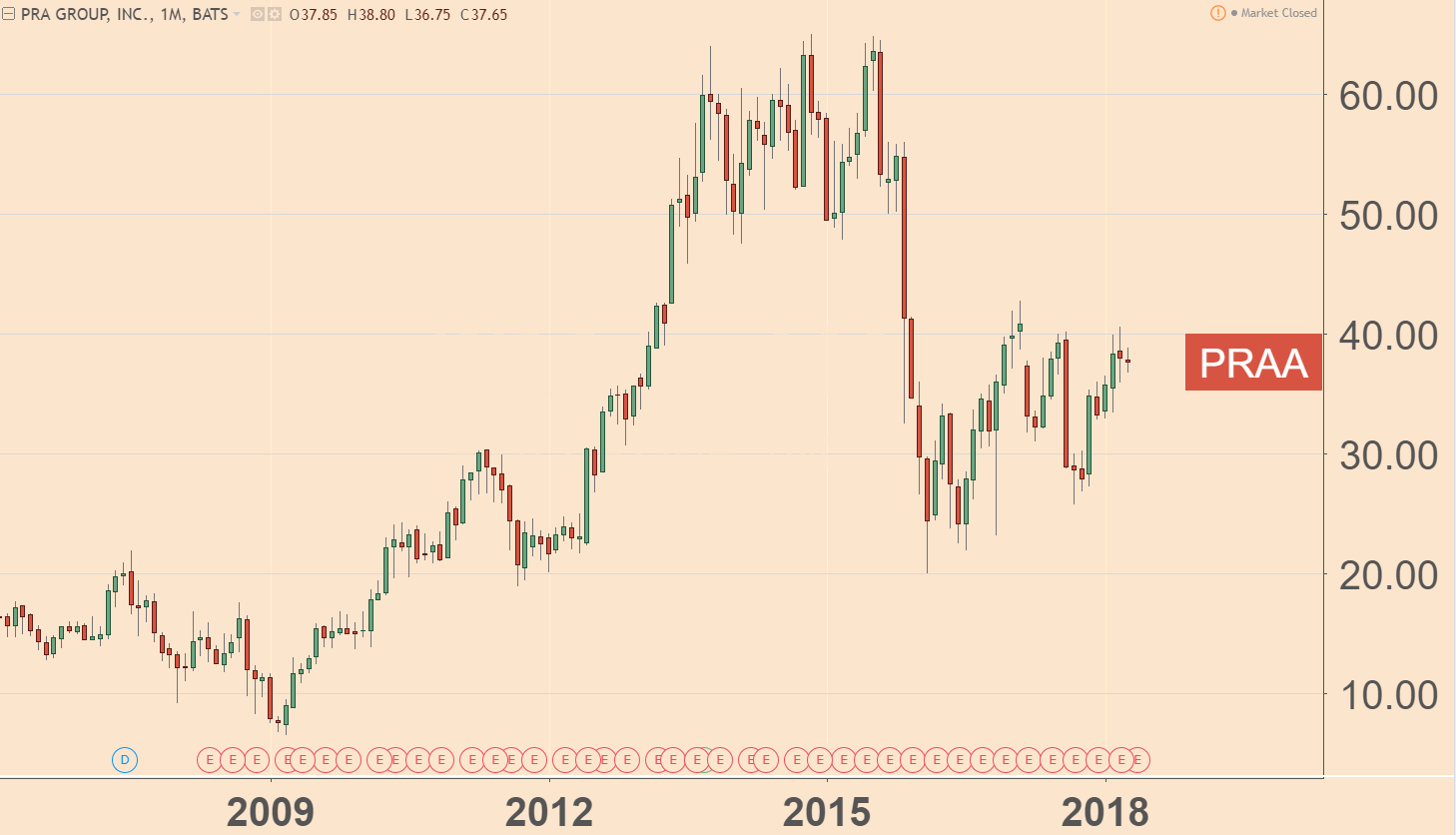 Another possibility is Regional Management Corp. (NYSE: RM). Its stock is up more than 50% in the past year, and close to hitting new all-time highs.

In other words, people who have run out of options — but still need to borrow cash.

It’s not an easy thing to contemplate. But in an era of (until recently) low-and-lower interest rates, the cost of borrowing was unsustainably cheap.

So it shouldn’t be any surprise that debt collection and “nontraditional loans” are two growth industries now that we’re on the other side of that magic bubble.

My Advice for Election 2018: Throw the Bums Out