W.C. Fields said: “Once, during Prohibition, I was forced to live for days on nothing but food and water.”

The Roaring ’20s were a period of amazing change. This change included the loss of a part of many people’s lives.

The 18th Amendment to the U.S. Constitution banned the manufacture and sale of “intoxicating liquors.”

And the Volstead Act closed every tavern, bar and saloon in the country.

The results were predictable.

Many, like Fields, didn’t support Prohibition. But it didn’t prevent them from drinking alcohol. They just had to get it from other sources.

Groups who could supply it in large quantities became important. And many people died from drinking unregulated booze.

People are people, after all. And markets are markets.

Today, we’re witnessing a phenomenon like the end of Prohibition…

Henry Bourne Joy’s 1925 essay “Prohibition Against Human Nature” asked: “Have the American people lost their balance wheel of common sense so that they can no longer understand human nature?”

If people want something, they’ll find a way to get it.

Mobsters understood it. Some historians say Prohibition put the “organized” in organized crime.

With legitimate bars and brewers out of business, the mob stepped in. They protected illegal brewers and distillers, served as security for speakeasies and paid off anyone they had to.

That was a lucrative trade. The mob generated a lot of cash. So much that they had to find ways to launder that money.

They hired lawyers and accountants to do that. And invested their gains.

Before Prohibition, criminal gangs solved problems with muscle. Once the booze stopped flowing, they became businessmen. They even cut deals with other gangs to ensure shipments got to their intended destinations.

Professor Howard Abadinsky is the author of Organized Crime.

“In the absence of Prohibition, we wouldn’t have had the kind of syndicated criminality that occurred. Prohibition was the catalyst,” he wrote. Mobsters like Chicago’s Al Capone became rich.

The War on Drugs

More recently, we’ve lived through a form of modern-day Prohibition: the war on drugs.

Many drugs have been used for thousands of years … in nearly every country … by all races and classes. However, in the 21st century, most countries outlaw the purchase or use of them.

I’m not here to tell you that’s right or wrong.

I want to discuss what human nature shows will happen in that situation.

And the economics of where we are today … using the U.S. as our proxy.

During the war on drugs, people who want to smoke marijuana are still able to get it. They just have to do so illegally.

The U.S. has spent hundreds of billions of dollars trying to put away the people who provide or use drugs.

Even though we arrested 1.6 million people for drug violations in 2017 … and house more than 2 million in jail … people still find a way to get their weed (and other drugs).

The same thing happened in the Roaring ’20s.

The growth of the illegal liquor trade made millions of Americans criminals. Mobsters couldn’t even supply everyone.

The legal system couldn’t keep up. Many defendants waited more than a year to be brought to trial.

Then and today … something had to give.

I don’t say this because I’m a marijuana advocate or I believe doing drugs is your inalienable right. But spending money fighting a war against human nature is expensive.

And we also know most politicians can’t resist new sources of revenue they can spend. Governments have billions in tax revenue to gain from legalization.

Colorado and Washington were the first states to make marijuana legal on a recreational basis in 2012.

It’s fully legal in 10 states and the District of Columbia.

Marijuana is legal for medical purposes in 38 states and Washington, D.C.

With this kind of momentum, politicians have begun and will continue to change any previous antidrug stances.

Marijuana will become legal in more and more states. And, I believe, on a federal level.

The U.S. may even follow their North American peers on this.

Canada is one of only two countries (the other’s Uruguay) that have fully legalized the consumption and sale of recreational cannabis.

And Mexico recently said its “prohibitionist strategy is unsustainable.”

In its National Development Plan for 2019 to 2024, Mexico’s president proposes negotiating with the U.S. and others to end drug prohibition. It wants to redirect resources currently invested in the war on drugs toward treatment programs.

Given this momentum, we as investors don’t want to ignore this.

One of the easiest ways to play the growth of marijuana is the Horizons Marijuana Life Sciences ETF (OTC: HMLSF or Toronto: HMMJ).

This exchange-traded fund (ETF) owns a basket of 59 public North American companies that are active in the marijuana industry.

The North American Marijuana Index the fund tracks includes companies with a business strategy focused on marijuana or hemp.

Public marijuana companies are relatively new, so it’s difficult to predict which will be the most successful. Because of this, it makes sense to buy a basket.

One of the fund’s holdings that’s performing well is U.K.-based GW Pharmaceuticals.

This past June, the U.S. Food and Drug Administration approved GW’s Epidiolex drug. It’s the first pharmaceutical derived from an active marijuana ingredient.

Epidiolex has been approved to treat seizures from two severe forms of epilepsy.

GW’s Sativex drug is prescribed in several countries outside the U.S. for spasticity related to multiple sclerosis. And it’s developing products for autism spectrum disorders, schizophrenia and glioma.

GW has been on a roll since the beginning of the year (up 88%), helping to fuel the ETF’s growth.

The thing is, the study of marijuana has been prohibited during the war on drugs. Today, we’re beginning to learn more about the benefits of cannabis. And we’re already starting to commercialize treatments that we couldn’t before.

This will be a game-changer for humans … and for human nature. 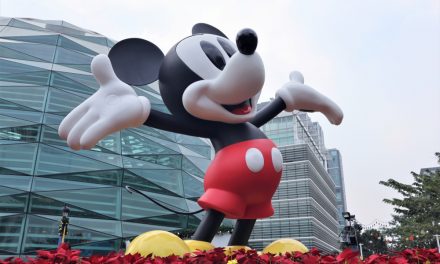 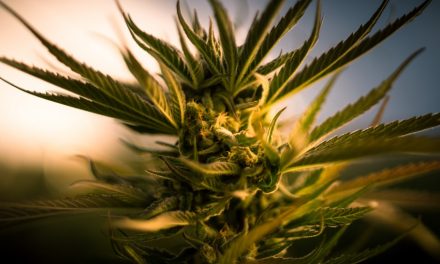