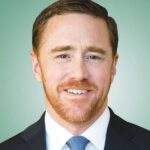 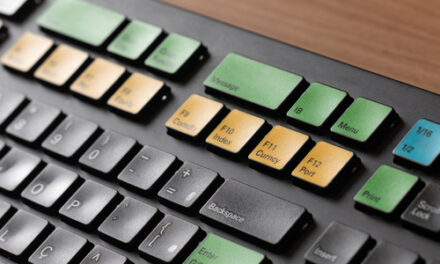 Charles’ Note: Today I’m pleased to introduce you to Amber Lancaster, one of our top investment experts and the right-hand analyst for Ian King.Amber has over 20 years of experience in the financial research world. That includes her time at Bloomberg as both a data analyst and a team leader. She’s also worked at premier financial research publications, such as Weiss Research and Bold Profits Publishing.I recently sat down with Amber so you can get to know her — and her investing style.Check out the full interview below…

Charles Sizemore: Welcome, Amber! To kick off this “getting to know you” interview, I thought readers might like to hear about your background.So please, tell us about yourself…Amber Lancaster: Thanks very much, Charles!Well, I was born and raised in New Jersey, but I now call Florida home.During my senior year of high school, I was honored to be named an Edward J. Bloustein Distinguished Scholar. This was an award granted to New Jersey high school students who ranked in the top three of their graduating class.At the time, award recipients received full scholarships to attend most colleges and universities in the state of New Jersey. So I was courted by many schools and chose one to attend. I graduated with a bachelor’s degree in economics.I later enrolled in graduate school here in Florida. I earned a Master of Business Administration degree with a concentration in finance.Charles: Quite an impressive early resume. So, you’re trained as an economist. But what drew you to investing?Amber: Can you believe it was a college biology class? Let me back up…I was a college sophomore sitting in an honors biology class. At this time, I wasn’t quite certain of my college major.I distinctly remember the professor saying: “For today’s lecture, we’re going to watch a debate between a biologist and an economist.”Once the debate began, I listened intently to the discussion. I was enraptured with every word the economist said.I thought: I really like what this economist is saying. They’re speaking my language!That evening I took out my college syllabus. I flipped to the back of the syllabus to the index and searched under “E” for economics.All I can say is the rest is history. Soon after, I became an economics major.But what brought me to investing was when I first got started in my career. Just before graduation, I interviewed for a data analyst position at Bloomberg L.P. I went to the interview in the morning and was hired by the afternoon.Working at Bloomberg is where I caught the stock market investing bug. During my career there, I was promoted to team leader in its fixed income department. My team and I were responsible for a broad range of research activities. And while doing all that research, I couldn’t help but apply it to my own brokerage account.Bloomberg set me up for life in the investing world. But these days, I’ve decided to spend my time helping Main Street investors rather than Wall Street…

Charles: I was just about to ask: What brought you to Banyan Hill?Amber: Well, while I was working at Bloomberg, my mom announced she was retiring as a social worker and moving to Florida. So I had to make a choice: stay in New Jersey or relocate to Florida.Well, I love my mom. My dad had passed earlier in my life, and she’s my very best friend. It was a no-brainer for me. Florida, here I come.My first job in Florida was with one the most prominent financial publishers in the U.S., Weiss Research. There I led a team of research analysts overseeing financial and investment research. We researched stocks and market themes throughout the 2000s. That included the 2008 financial crisis and the subsequent bull market. I’ve been steeped in all things investing through all types of market conditions.After many years, Weiss Research was acquired by Banyan Hill Publishing. I met with the CEO and was hired as a senior research manager. From there, I was named director of investment research.Charles: So what’s one key lesson you’ve learned as an investor that you’ll bring to Banyan Edge readers?Amber: One hard lesson I had to learn was based on the very first stocks I purchased in 1999.I called my broker and I wanted all-in on technology stocks. I felt at the time that there was a major shift happening in communications — and especially in how we bought our goods.In the mid-1990s, my mom and I purchased our first cellphones: Motorolas. It was a whole new world of communicating for us. We were convinced mobile phones were the future.No need to look for a telephone booth when out and about. Those days were over. I knew I wanted to be invested in this growing technology.So in 1999, I owned stocks in companies like Motorola, Amazon.com, eBay.com, eToys.com and theGlobe.com. But then, as you know, in March of 2000, it all came crashing down when the dot-com bubble burst.If I had known then what I know now, I wouldn’t have sold my shares in a panic. Yes, some of these dot-com stocks I owned were empty vessels of companies, like eToys and theGlobe. But others — like Amazon — were gold mines in the making.So my advice to Banyan Edge readers is to invest in future-forward companies that are not science experiments. Look for companies that make excellent products now and have sound business models that generate revenue.And most importantly: Invest in companies that have future forecasts of increasing growth and cash on hand. This will help keep them liquid and viable as they scale up production.Most of my time right now is devoted to uncovering companies like these with Ian King, as part of his Strategic Fortunes advisory.Charles: And when you’re not poring over the Bloomberg terminal and reading industry reports, looking for the next big investment idea and mega trend, what do you do in your spare time?Amber: I’m an avid traveler and cruiser. I’ve visited 48 of the 50 U.S. states, including Alaska and Hawaii. In addition to cruising the Caribbean and Pacific, I’ve crossed the Atlantic on a month-long cruise to Europe on the Queen Mary 2. I’ve also visited most of the countries in the Mediterranean.Travel is truly a privilege and a complement to life because there’s nothing like seeing a place in person. It widens your perspective on life. And it helps you realize there’s a great, big diverse world filled with wonderful people and locales.And if I’m not traveling, I’m singing. I’m a trained soprano classical vocalist. I sang with an opera company in New Jersey for five seasons in productions like Die Fledermaus, Faust and Un Ballo in Maschera. And I’m a regularly featured vocalist in oratorios and concerts in South Florida.When I’m not singing, I’m poring over all things cars because I’m huge gear-head. I’ve loved cars and auto racing since I was kid, starting with my first subscription to Motor Trend magazine.Charles: Fascinating… You’re a real renaissance woman, Amber!And just one more question, Amber. What’s your ultimate goal for Banyan Edge readers who take your investment guidance?Amber: That our readers can acquire not just financial gains, but also investing knowledge.Knowledge is power. And there’s no better feeling than being empowered to make sound investing decisions that benefit you and your loved ones’ financial future.Charles: Thanks for sharing that! Can you tell our readers how they can get in contact with you if they want to wish you a warm welcome or ask any questions?Amber: Yes, you can follow me on Twitter @ALancasterGuru. There I aim to post my takes on the latest stock news regarding future-forward investing.Charles: Sounds good. Thanks for taking some time to answer my questions today, Amber.

Charles here… Make sure to watch for Amber in The Banyan Edge. You won’t want to miss her sharp insights on the market.And also be sure to hear her thoughts in the Banyan Edge Podcast, first episode due out tomorrow afternoon!Keep Investing,