Home » Economy » Blockchain Could Change Everything About Food Safety

Blockchain Could Change Everything About Food Safety

The recent E. coli outbreak tied to romaine lettuce has now resulted in 149 illnesses in 29 states, according to the Centers for Disease Control and Prevention (CDC).

Some of the contaminated roughage came from Harrison Farms in Yuma, Arizona. However, the Food and Drug Administration (FDA) is still trying to locate where the majority of cases originated. The agency said it has “identified dozens of other fields as possible sources.”

If you skip the salad, you should also skip the eggs, as there’s been a salmonella outbreak that left 35 diners ill in nine states. This prompted an FDA recall of 206 million eggs in the last month.

In the U.S., nearly 28 million people are stricken by a foodborne illness annually, and the CDC estimates that 3,000 will die as a result.

Even if a foodborne illness doesn’t hit you in the stomach, it may hit you in the wallet. Forbes estimates that an outbreak may result in upward of a $2 million loss for a local dining establishment.

Moreover, stock investors are susceptible too. A 2015 E. coli outbreak at Chipotle Mexican Grill Inc. (NYSE: CMG) restaurants resulted in 55 illnesses in 11 states, and chopped 43%, or about $10 billion, off the popular fast-food chain’s market cap.

Queasy investors worried that Chipotle’s business model relied too much on locally sourced food, and with 1,900 restaurants, it became impossible to track what food came from where.

Other fast-food restaurants, such as McDonald’s and Wendy’s, were built on “factory farms,” which have easier-to-track supply chains.

The issue here is one of transparency and traceability. And IBM believes it has a blockchain-based solution for this problem that tracks the sourcing of anything and limits the spread of future outbreaks.

At least that was the case made by IBM consultants at this week’s Consensus conference in New York City, an annual event that drew a crowd of 8,500 blockchain enthusiasts from all over the world.

The blue-chip technology company is banking that blockchain, combined with sensor data and artificial intelligence, will be a disruptive force in every industry, from insurance to aviation.

IBM’s Hyperledger project is a permissioned blockchain that allows users to record and share the history of transactions. And by transaction, it could be as simple as a device or sensor recording the location of a truck filled with tomatoes, or whether or not your flight left as scheduled.

In this way, the history of everything becomes more traceable and transparent. Used car buyers would know whether or not they’re buying a lemon, and opaque securities such as mortgage bonds could be more easily tracked.

And when an outbreak occurs, the blockchain can assist food providers to quickly trace where the food originated and then fix the problem.

Unlocking the Power of Blockchain

In 2016, Walmart partnered with IBM to create software to implement blockchain technology to track its supply chain. The goal was to start at the farm and end at the consumer.

If only those contaminated eggs had been registered on a shared blockchain, government agencies and retailers would know where they originated and where they were sold, and then the contamination could have been quickly contained.

Yiannas noted that it took six days, 18 hours and 26 minutes to track a package of mangoes back to its source. But after Walmart used the blockchain software to keep tabs on the mangoes from a farm in Mexico to the U.S. over a 30-day period, it reduced the tracking time to a mere 2.2 seconds.

Over the 30-day period, the software captured 23 different tracking codes and thousands of sliced mangoes, an onerous feat simplified with IBM’s shared blockchain ledger. The mango pilot was a huge proof of concept for the food industry.

The ability to easily monitor this supply chain is one of the key reasons why IBM is bullish on its Hyperledger technology. The blue-chip giant hopes to allow businesses and consumers to unlock the power of blockchain and develop applications and solutions on its platform.

If this allows companies to keep better tabs on their food sources, perhaps foodborne illness outbreaks will become a thing of the past.

Editor’s Note: What we’re witnessing right now is merely the beginning of the most exciting rally in cryptocurrencies. In fact, the timing couldn’t be any more perfect. And crypto expert Ian King’s strategy will show you how to navigate the cryptocurrency market to accelerate your gains beyond what you’ve ever dreamed. To learn the secret to unlocking massive profits in the cryptocurrency market, click here. 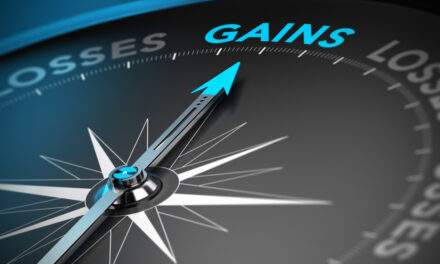 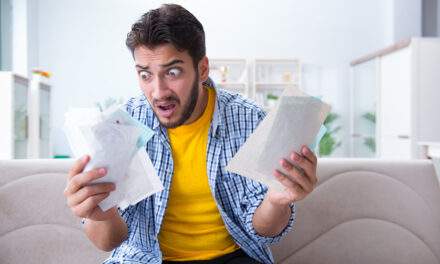