Every year, the Ford Motor Company disassembles thousands of brand-new, unsold vehicles and throws some of the parts away.

Chrysler does the same thing.

It’s a colossal waste of time, money and resources. But it’s how these U.S. automakers can cope with a tariff imposed by President Lyndon B. Johnson in 1963.

The same wasteful struggle between commerce and federal regulation produced the doubtful-looking 1980s Subaru Brat. Its two rear-facing seats weren’t designed for outdoor fun … they were there to avoid the tariff. 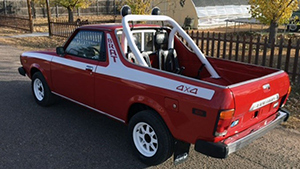 A tariff is a tax paid by a U.S. importer of a foreign-made product — even if the foreign producer is a subsidiary of a U.S. firm.

Tariffs must be carefully worded to strike only the targeted goods. If they are too broad, they cause chaos and uncertainty. What’s included, and what isn’t?

But that precision wording creates opportunities for “tariff engineering”: redesigning or tweaking products to avoid the tariff.

That requires thousands of tax-funded federal customs bureaucrats to inspect imports for such fiddling.

Many people who support the current trade war also claim to despise government interference in our commercial and personal freedoms.

A tariff regime designed to target specific products inevitably produces a vast increase in government power and interference in commerce. It also shapes the goods we purchase in hidden, inefficient ways.

Ever wondered why some broom handles are wooden, and others metal? Why fitness trackers include seemingly extraneous features? Or why many imported motor scooters are 49 cubic centimeters instead of 50?

The answer is often an attempt to avoid tariffs by slight design changes … or even product descriptions.

Ford manufactures popular small transport vans in Spain and Turkey for the U.S. market. They are designed to hold cargo, not people. But when they are made, they have a rear seat, seat belts and side windows.

When the vehicles arrive in the U.S., they are classified as passenger vehicles and have a 2.5% import tariff. But before they go to the sales lot, everything related to passengers is removed and discarded. The rear windows are replaced with painted metal panels.

Voilà … a passenger van subject to a 2.5% tariff becomes a cargo van that would have attracted a 25% tariff had it arrived in the U.S. in that configuration.

The cost of manufacturing, transporting, removing and replacing the passenger-related parts is passed on to the consumer. All the materials used, and the energy required to ship them across the globe, is wasted.

The 25% tariff on cargo vehicles came about when President Johnson retaliated against European tariffs on U.S. poultry in 1963. It’s still in place.

That tariff is why almost all pickup trucks in the U.S. are made here. They’re cargo vehicles.

But closed cargo vans, long common in Europe and Asia, have become popular here, too. They are perfect for small businesses. U.S. carmakers have long produced them abroad.

To use those same plants to make them for the U.S. market, they must pretend that they’re passenger vehicles when they arrive … hence the disposable seats.

That’s still cheaper than setting up domestic assembly lines for a product with a small U.S. market. It’s more efficient to manufacture them in Europe, where carmakers can take advantage of economies of scale … even with the unwanted seats and windows.

As you might imagine, with so many detailed rules involved and so much money to be saved by getting around them, the government must employ an army of inspectors to enforce tariffs.

These inspectors are like labor, health or environmental bureaucrats. They show up unannounced and demand to inspect products. They must sign off on incoming shipments. They can initiate regulatory cases and issue fines.

Like any bureaucrats, they look for trouble rather than waiting for it to happen. They make up more rules to enforce. That’s how they ensure a long career.

The two opposing forces then joust over the definitions of imported products and components. Is the cylinder bore of a Japanese-made motorcycle 699 or 700 cubic centimeters? Is a chemical imported in one formulation and then altered on arrival subject to tariff?

If they can’t agree, the lawyers get busy.

Be Careful What You Wish For

I’m not uniformly opposed to tariffs. The Chinese government’s attempts to steal U.S. intellectual property as a condition of entry to the Chinese market are unacceptable. Targeted sanctions that put an end to that are a good thing.

But tariffs are like any other way the government intervenes in private affairs. It inevitably increases the government’s scope, power and determination to justify its continued domination of society. They increase complexity, reduce economic efficiency and divert resources into bureaucracy and legal battles rather than jobs for ordinary Americans.

We decry the ways government attempts to intervene in social matters diminish our freedom. We should feel the same way about tariffs. 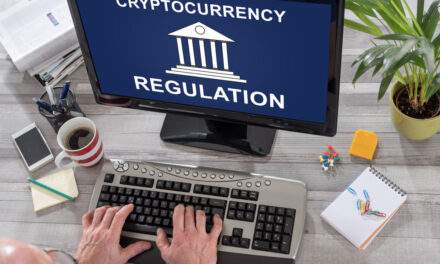 Guess Who Wants to Protect Your Cryptos?