I don’t know who gets the credit for saying: “If you can’t beat ‘em, join ‘em.” (Yogi Berra, Mark Twain or Ernest Hemingway seem like good random guesses…) But that just might be the new mission statement for a $250 billion swath of U.S. companies that appear ready to become America’s first “stealth” pot stocks.

After all, these firms tried everything else to get their “growth mojo” back, with…

Could a pivot into pot help? We’re about to find out.

Constellation Brands Inc. (NYSE: STZ) led the way last month. The maker of Corona Beer became the first of the group to buy its way into the marijuana sector.

It paid an estimated $191 million for a 10% ownership stake in Canadian medical marijuana company Canopy Growth Corp. (which trades in Canada under — what else? — the symbol WEED).

A few days later, Molson Coors Brewing Co. (NYSE: TAP) signaled to analysts it was also getting the munchies for potential pot investments: “We have a team of people working on that. We’re looking at potential impacts and/or the opportunities,” said CEO Mark Hunter.

I haven’t seen anything solid from Anheuser-Busch InBev (NYSE: BUD) on the subject yet. But the beer giant’s former marketing chief, Chris Burggraeve (now a major pot investor himself), told Bloomberg that weed today is where the whole craft beer phenomenon was in the 1990s, just before it exploded in popularity.

So you know some version of the same conversation is taking place around the kegs and hops barrels in St. Louis, where Anheuser-Busch is based.

Beer makers are under pressure from stockholders to do something, after all. 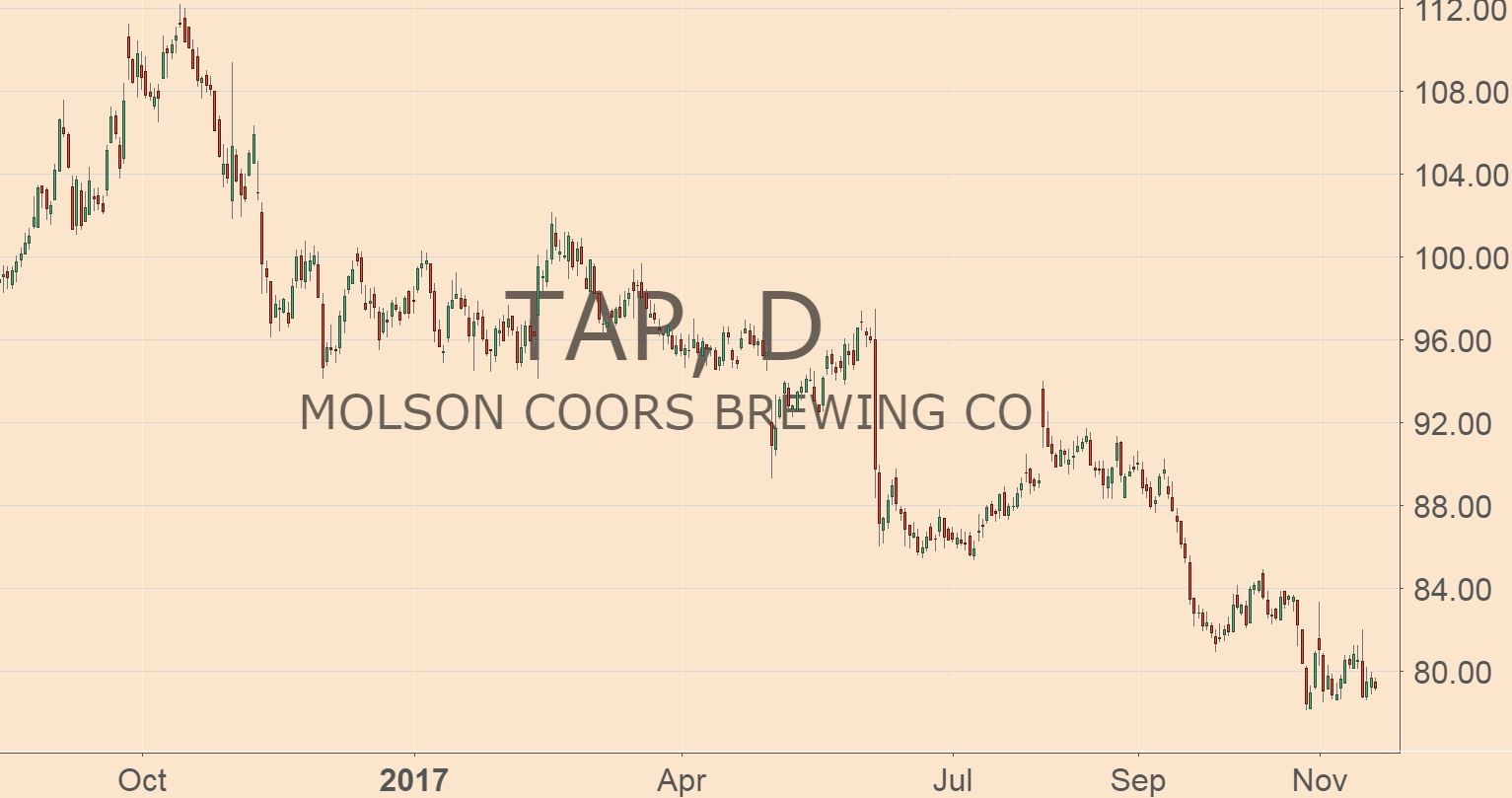 For the makers of Coors and Bud, the months of reckoning arrived last year. The stocks of both companies hit record peaks in September and October 2016, then rolled over.

One, because there were marijuana initiatives on nine state ballots, and it looked increasingly clear voters would approve. (All nine measures were ratified by voters in the November elections.)

Two, there’s a reputed link — although not everyone agrees — that when pot consumption goes up, beer drinking goes down. In a late 2016 report, analysts at Cowen & Co. made note of the handful of states at the time where pot was already legalized:

“With all three of these states now having fully implemented a [marijuana] retail infrastructure, the underperformance of beer in these markets has worsened over the course of 2016.”

It’s worth noting that there’s plenty of evidence to dispute the Cowen report. As Forbes noted recently, Colorado’s beer tax receipts didn’t go down — they actually rose 4.5% in 2016.

And it’s not as if Cowen doesn’t have an axe to grind — it provides investment banking services to Canada’s Canopy Growth.

But either way, beer companies appear eager to join the pot-investing party, preparing for a future day when cannabis might be legalized at the federal level (Canada will be considering national legalization in 2018) and the way is clear to introduce “cannabis-infused” beverages into the beer aisle of your local grocery or liquor store.