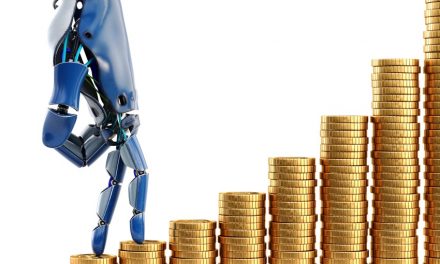 Editor’s Note: We published this issue in April 2019. Since then, artificial intelligence (AI) tools have evolved to recognize faces … even when they’re blurred out. And facial recognition software has become so common that it made headlines when technology companies stopped providing it to the government.

As we say here, companies that invest in AI today could see their earnings increase by 20% or more. That gives investors a huge opportunity. These are the early days of AI. The companies at the forefront of this trend will do very well.

In this issue, Charles Mizrahi breaks down one of the biggest advances in AI to date. And he shows you why it’s so important. — Anne Stevenson, Managing Editor, Winning Investor Daily

“You’re American, stick to chess. This is a Chinese game. It is too hard for you.”

That’s what Mr. Lee told me, in broken English, when I asked him to teach me how to play the game Go.

I’d never heard of Go until meeting Mr. Lee the summer after I graduated high school.

That year, my father needed help with his garment business. So he hired me as an extra hand.

That’s how I became friendly with Mr. Lee, a contractor who owned one of the largest sewing shops in the neighborhood.

After work, he’d sit at a table across from his shop steward and play Go.

I used to like watching the game on my way home from work, and I would study Mr. Lee as he contemplated his strategy between long drags of his cigarette.

I never did end up learning how to play.

Mr. Lee wasn’t joking when he said Go was a hard game.

Invented in ancient China, it’s a board game that’s over 2,500 years old.

Go takes two players, one of whom plays with black stones and the other with white ones. The object of the game is to get more stones on the board than your opponent.

While simple in theory, Go is played with very complex strategies.

In fact, it’s so difficult to play that computers struggled to beat it even after they’d mastered most board games.

The goal is to get computers to take what they learn playing games and use that experience to solve big, real-world problems.

In 2011, IBM’s Watson computer competed on the gameshow Jeopardy and won.

But computers were having no such luck with Go…

AI Teaches Itself How to Win at Chinese Game of Go

Go is much more complex than chess or Jeopardy. It requires a player to learn very subtle patterns in how to lay the stones on the board.

In fact, there are more possible moves playing Go than there are atoms in the universe. So it’s no wonder that even today’s leading supercomputers struggled to learn the game.

Two years later, AlphaGo competed against Ke Jie — the world’s highest-ranked Go player at the time — at the Future of Go Summit.

The two battled it out over three games, and each time AlphaGo dominated the world champ.

This was very big news.

You see, AlphaGo wasn’t just a system following a handful of preprogrammed rules. The computer actually used machine-learning techniques and taught itself how to win on its own.

This was a giant leap forward for AI and deep learning. It proved that computers could not only process large amounts of data, but also learn and respond to that data.

Put simply, AI has the ability to streamline much of the menial work we do today.

So it’s no wonder that some of the world’s leading companies are scrambling to implement AI into their businesses.

But that’s just the beginning…

Growth Bigger Than the U.S. Economy

My research shows that AI will revolutionize every industry and every facet of our lives.

McKinsey Global Institute, a leading think tank, estimates that any business that implements AI over the next few years could see its earnings rise 20% to 30%.

That would result in a $15.7 trillion boost to the global economy by making everything around us — from our highways to our governments, to our business and hospitals — run more efficiently.

In fact, close to $15.7 trillion will be added to the global economy over the next decade because of AI … and that’s just the tip of the iceberg.

Truth be told, every major company in the world is scrambling to use this technology, and every billionaire I know is rushing to invest in it.

So believe me when I say these are the early days of AI … and that the companies at the forefront of this trend will do very well.

I’ve been tracking the AI development for years now, and I recently identified the one company that’s going to be the leader of this coming tech revolution.

Not only is this company at the forefront of the AI trend, but companies such as Amazon have already started to partner with it.

I believe this investment opportunity will be huge. And I want you to be able to take advantage of it.

So, I put together a presentation detailing everything you need to know about the coming AI mega trend — and the one company set to dominate this market.

I encourage you to go watch it right away. Just click here to learn how you can profit from AI’s mega trend. Don’t worry — I’ll guide you through it. 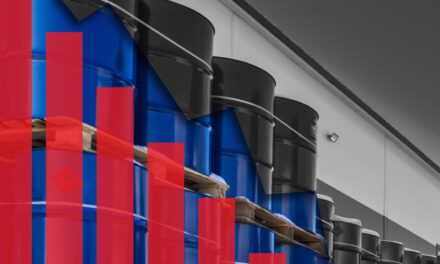 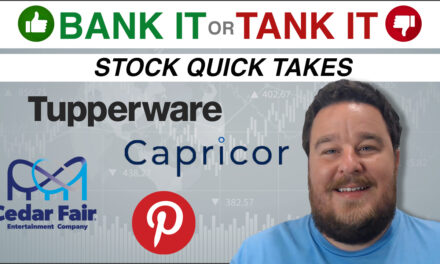