5 Trade War Stocks to Invest In

China is a big country.

It has 1.4 billion people, more even than India. At 3.7 million square miles, it’s the third-largest country in the world by land area. It shares borders with more countries (14) than any other nation.

Here’s something you don’t hear often: China is the world’s largest consumer of several critical things it doesn’t make on its own.

With all the nervous talk of a trade war between the Trump administration and China, it’s easy to lose sight of the fact that the latter doesn’t hold all the cards. In fact, its hand is a lot weaker than many people assume.

Knowing which cards the Middle Kingdom holds … and which it doesn’t … is your key to profit from any “trade war.”

China is a big player in the global economy. But it depends on that economy for its own prosperity. 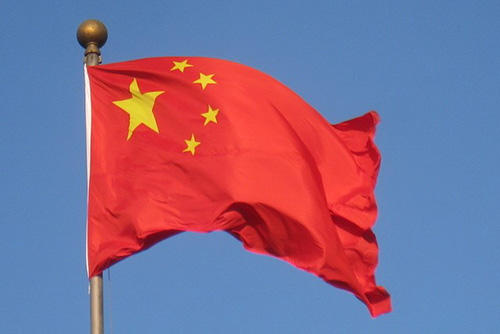 China is vulnerable in two ways.

First, economic growth, prosperity — and political stability — depend on a combination of exports and massive, debt-driven domestic investment.

The government has deliberately pushed trillions of dollars of loans to encourage investment in industrial plants and construction. Most of that lending isn’t based on the hard-nosed profit and loss calculations used by commercial enterprises. Investment decisions are also shaped by the need for job creation, regional equity and other noncommercial factors.

Consequently, total Chinese debt is over 300% of its GDP, three times that of the U.S. The quasi-public Industrial and Commercial Bank of China is the world’s biggest … and one of the world’s most vulnerable creditors.

Second, China is the world’s biggest exporter of computers, broadcasting equipment and telephones … but it’s the world’s biggest importer of the integrated circuits on which those products depend. Chinese integrated circuit manufacturing capacity is still relatively primitive compared to the big players like South Korea, Taiwan, Japan and the Southeast Asian nations.

A few weeks back, reports surfaced that China had quietly put forward a proposal to purchase more semiconductor chips from American manufacturers, at the expense of South Korea and Taiwan — if China and the United States can come to a broader trade agreement.

There are similar rumors about heavy construction equipment and diesel engines, both of which are critical to continue Chinese construction investment.

Like most other sectors, stocks of U.S. chipmakers and heavy equipment manufacturers have suffered since mid-February. But these companies have something many other U.S. firms don’t: Chinese buyers dependent on their products for their own prosperity.

That raises an interesting possibility: Buy such stocks at the present dip, knowing that even in the case of a trade war, they will retain their Chinese export positions. Let’s have a look at some of the likely candidates.

When Things Get Rough, Look for Diamonds

The companies I’ve mentioned here all produce things that Chinese manufacturers and construction companies need — regardless of any trade wars.

Chinese state banks can’t afford to see companies that owe them lots of money suffer for want of crucial inputs. The Chinese government does everything in its power to keep the economy growing, and its population happy.

So far, China’s retaliatory tariffs have focused on agricultural products calculated to hurt Trump supporters in the Midwest. By contrast, they’re trying to make quiet deals to secure their supply of essential American manufactured goods.

So if a trade war materializes, set aside those pork and soybean futures … and look to microchips and diesel.

Editor’s Note: Chartered Market Technician Chad Shoop’s Automatic Profits Alert research service is an investment tool so powerful and so consistently effective that it gives you the chance to turn every $10,000 you have into a $1.2 million windfall. And best of all, following Chad’s strategy only takes 15 minutes a month … giving you plenty of time to use your newfound money to live the life you desire and deserve. To see how Automatic Profits Alert will revolutionize your finances, click here now.

Why China Can’t Pull the Trigger on Soy Tariffs