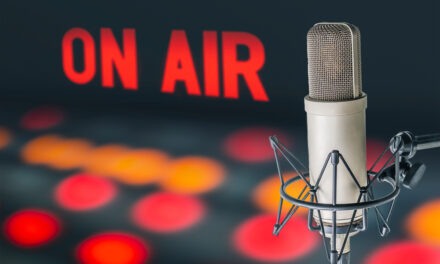 Charles has nearly four decades of Wall Street experience. Chad is a Chartered Market Technician — a credential fewer than 5,000 people around the world have earned.

And together, their insight gives you both long-term and instant opportunities in the markets.

So, we sat down with them a few months ago to talk about how they view the markets, how they met and a new project they’re working on together. We’re bringing that interview to you again today. — Annie Stevenson, Managing Editor, American Investor Today

Annie Stevenson: I appreciate you taking the time to do this, I know our subscribers are fascinated to hear from you.

I want to dive right into the good stuff … How do you keep finding ways to profit in the markets?

Charles Mizrahi: Each time you see me in a weekly update or read my newsletter, you don’t get to see the team behind me. Behind the scenes, I have over 50 staff members — data analysts, math wizards, market technicians and coders — who work alongside me to spot these opportunities.

And of course, one guy on my team that I want to call out is Chad.

Chad has been one of the key drivers of our company’s success over the last decade. He’s modest, quiet and, above all else, humble. But he’s intense and smart as the day is long.

He uses his computer models to find anomalies in stock prices over the short term. When you put him behind a computer, the guy quickly turns it into a cash register and starts taking money out of the market by the bucket full.

Chad Shoop: I like calling it a “cash register.” That’s what it is. I just find these places in the market where we can take advantage of mispricings and profit.

That’s what we’re both doing.

Annie: You’re both talking about mispricing. Can you explain what that means?

Chad: We see the market in the same way: Stocks really are just pieces of a business. If you know something about the business, you’ll have an inside track as to where the stock should be trading.

And when you realize that, you can look for mispricings — where the stock market is offering up a business at a bargain price — and take advantage of them. Once you figure that out, you start to see why the stock market is the greatest wealth-creation tool for Americans. That’s where Charles and me clicked.

Now, I take advantage of those mispricings over the short term with options.

Charles: And I use stocks to take advantage over the long term. I look for great businesses trading at bargain prices. After I recommend them, I just sit back. The market realizes their value, and we make profits over the years ahead. It’s that simple.

Annie: And how does that fit with what Chad does? He’s not “sitting back” for the long term.

Charles: Since Chad is looking for mispricings to correct themselves over the short term, he doesn’t need to wait years to make profits.

And that’s what caught my attention. After coming to Banyan Hill, Chad quickly became a junior analyst and started to shine, developing strategies that made money — big money.

And what caught my eye was a trading approach that he developed that found mispricing in stocks around a major event.

Normally, gains in the short term like this are not the norm. Far from it.

After all the talk, you have to have the walk to back it up.

Look, the way I see it, this is a strategy designed for a small part of your portfolio. You don’t need to devote more. Because Chad focuses on trades where heads, you win a lot, and tails, you don’t lose much. You can’t beat that kind of risk-reward ratio.

When Chad came into my office close to two years ago, there was something about him. I listened to him tell me about his strategy, looked over his data and analyzed his results.

Over the past four decades, I’ve seen dozens of guys like Chad. They talk a big game, show me stacks of data and tell me how they found the “big secret” of the stock market.

Most of them flame out pretty quickly. But Chad’s different. He didn’t talk a big game. He just said what he said just now: The results never lie.

So, I watched his results.

I paid attention to his trades and monitored his strategy. I even told my senior research analyst to keep a close eye on what Chad was doing. I liked what I saw. And after a series of great trades during a time when investors were hiding under their desk, my analyst texted me: “Boss, Chad’s the real deal.”

That’s all I needed to hear.

Annie: Was it the same for you, Chad?

Chad: Yeah, when I first met Charles, he had this track record that spoke volumes about his experience.

He was ranked as the No. 1 trader by Barron’s. And he managed money for some of the biggest investment banks in the country.

But the most important part was that he simplified all of that knowledge. All of his nearly 40-year experience on Wall Street he took to a level that everyday Americans could benefit from.

I was excited he was joining the team and eager to get to know him.

If you’ve ever heard Charles talk, you know he has a strong New York accent. He’s got that brash way of talking. It was the exact opposite of my laid-back attitude.

Annie: But it worked out.

Chad: Yeah, it didn’t matter for one second.

Because when we talk markets, it’s the same approach. His way of spotting mispricing is identical to what I do.

The only difference is, I use options to capitalize on short-term mispricings, while he focuses on stocks which can play out over months or years.

Annie: You’ve been teasing this for a while, but you’re finally working on a project together, aren’t you?

Chad: I’m excited to say that behind the scenes, we’ve been working on a way for our subscribers to get access to more of my research very soon. We can’t say too much just yet, but our publisher let us create a new presentation for our readers that is going to blow them away.

Annie: I think we have a link from the publisher that we can add to the interview online. In the meantime, we’re looking forward to sharing more of your research with our subscribers.

Chad, Charles, thank you for sitting down with me.

Charles: Annie, it was our pleasure.

Get on the list to see Chad and Charles’ presentation here.

They’ll be going live in the next few weeks, and you won’t want to miss it!