The 1918 Pandemic Reveals the Next Market Boom 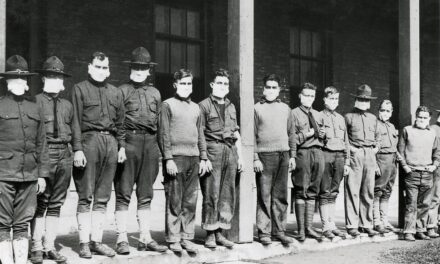 These are some descriptions of modern-day America. But they also paint a picture of major cities during the 1918 pandemic.

The Federal Reserve Bank of Chicago recently studied the effects of the flu pandemic that killed at least 50 million people worldwide.

In its report, titled: “What Happened to the U.S. Economy During the 1918 Influenza Pandemic? A View Through High-Frequency Data,” the Fed looks at various sectors such as manufacturing and retail.

Retail saw declines in sales at discount stores (called five- and ten-cent stores) and clothing stores (such as JCPenney), as people were reluctant to go out shopping during the pandemic.

But one group of retailers thrived during this difficult period: mail-order catalogs:

According to an article by Global Financial Data titled: “Sears: The Amazon of the Twentieth Century,” Sears’ market cap was only $15 million when it went public in 1906.

The 2020 pandemic has been devastating for many retail businesses. But it’s also been a huge opportunity for e-commerce — the modern-day equivalent of mail-order catalogs.

In 2017, online sales already made up 10.2% of global retail sales. And that number has increased dramatically during the pandemic.

In fact, when we asked Smart Profits Daily readers last month about their shopping habits, 36.4% said they only or mostly shop online:

That’s why global e-commerce is expected to explode into a $7.7 trillion industry by 2025.

After all, today’s e-commerce companies have the potential to grow their sales enormously, just as Sears and Montgomery Ward did more than 100 years ago.

And in just a few weeks, my colleague Ian King will have a special presentation on some of the biggest opportunities out there.

These are small companies that could dominate their industries in the years ahead, resulting in massive gains for early investors.