Home » American Investor Today » Why Pot Stocks Are Falling: Your Opportunity for a 50% Rally

Why Pot Stocks Are Falling: Your Opportunity for a 50% Rally 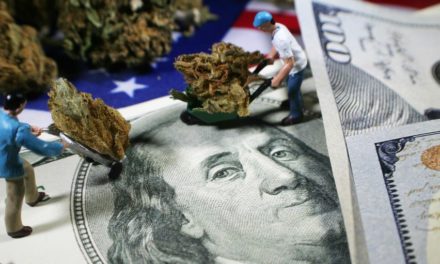 The birth of an industry is a difficult period. Early enthusiasm and excitement don’t last when the challenges of reality hit.

This is clear in the cannabis sector today. Pot stock are falling and shares sunk lower through the second quarter. A few bad names dragged down the entire sector.

But this gives us the chance to see a 50% rally in the best names.

And the U.S. Department of Agriculture sent a warning letter to Curaleaf over unsubstantiated medical claims. That killed the company’s CBD deal with major drugstore chain CVS Pharmacy.

Now, this news created a huge opportunity. Once in a lifetime, even. But the route ahead isn’t easy.

Here’s what you need to know to position yourself for success while pot stock are falling.

Speculative Investors Got Scared: Cannabis Shares Had a Sharp Decline

The cannabis sector is subject to wild swings in sentiment. This was on full display surrounding Canada’s legalization on October 17 last year.

In the run-up, ETFMG hit a high of $42.48. By the end of October, shares had dropped by 31%. Investors took profits and ran for the door.

Many hadn’t done their due diligence and wanted to take speculative money off the table.

You see, the sector looked poised for a rally before fear of a global economic slowdown hit the markets. And the trade war and rising interest rates posed a double threat to the world economy.

The already volatile sector fell a full 44% from its high in October. 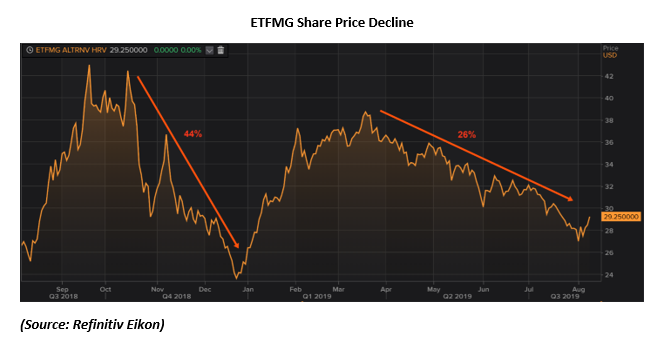 But the new-year rally lifted all stocks. The U.S. legalized hemp and CBD. The cannabis sector enjoyed a strong rally.

Legalization in Canada was a slow process. That hurt sales.

Ontario, home to almost half of Canada’s population, didn’t open a single dispensary until April. Today it has 15 operating shops, with another 50 set to open in the coming months.

In the U.S., states are tasked with setting their own rules and regulations as they legalize cannabis. That resulted in a patchwork of rules. This is an immense challenge for operators that are trying to sell in more than one state.

And the news surrounding CannTrust and CuraLeaf put the sector in the midst of a bear market.

A Turnaround in Shares Is the Path to Profitability

Canadian producer Aphria Inc. turned around its falling share price with a shocking earnings report. It boosted revenue by 50% to CA$95 million while cutting costs.

That makes it the largest cannabis producer to turn a profit.

The news spread through the sector — and shares rallied on the news.

For a broader market approach, consider a fund like the Cambria Cannabis ETF (BATS: TOKE). This is one of the newest cannabis ETFs to hit the market. And it boasts the lowest expense ratio at just 0.42%.

Aurora, Aphria and MediPharm Labs are some of the ETF’s holdings.

The fund trades on the CBOE BZX U.S. Equities Exchange, or BATS. For our purposes, trading a stock listed on BATS is the same as if it were listed on the NYSE. So, you don’t need to worry about the different stock exchange.

But not every company will be able to make the transition.

In Real Wealth Strategist, we are tracking the best names in the cannabis sector. We look for specialized companies that focus on boosting earnings and cutting costs.

P.S. My colleague Matt Badiali and I will be at this year’s Total Wealth Symposium in Amelia Island, Florida. I’ll be covering the profitable opportunities we’ve found in the growing marijuana sector. You don’t want to miss it — it’ll be worth your while.

Stock Market Sell-Off: What You Should Do Next 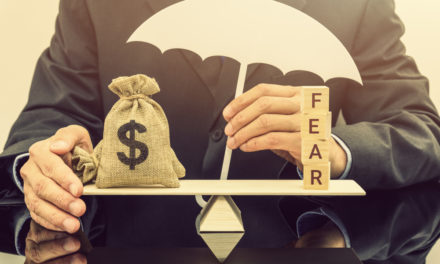