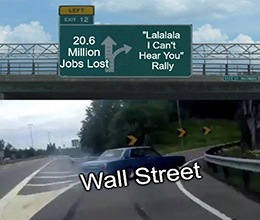 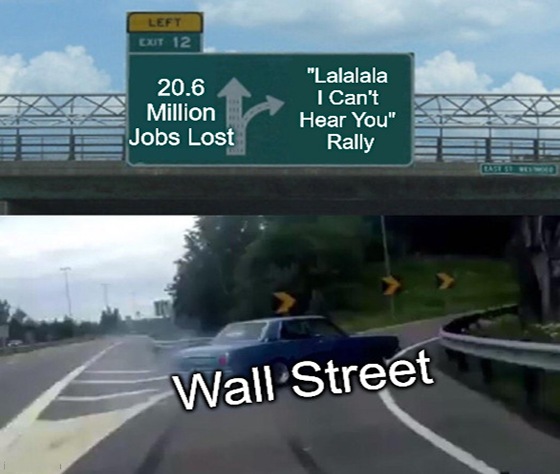 It’s official. The U.S. economy is in tatters … and Wall Street doesn’t seem to mind.

According to the Labor Department, the U.S. lost a record 20.5 million jobs in April. That’s roughly 25 times more lost jobs than in the worst month of the 2008 financial crisis.

Furthermore, the unemployment rate skyrocketed to 14.7% — the highest such reading since the Great Depression.

In short, the U.S. economy went from the lowest unemployment rate in 50 years to the worst in 50 years … in less than two months.

And what about that grand discussion that CNBC’s Jim Cramer said we would have today?

You know, how the report would be so bad that we’d debate “whether we’re in a serious recession or a depression?”

Yeah … that discussion ain’t happening, at least on Wall Street.

The market rallied in the face of today’s horrific jobs data. I think we can officially throw out any notion that Wall Street is in any way tied to the economy.

Great Stuff’s advice remains the same despite the market’s insanity: Hold gold, hold bonds and hold currencies with the majority of your investment capital.

After that, use what you can afford to lose to speculate on this insane market rally. There are opportunities to be had, but the market is in unprecedented territory right now. It’s a house of cards built on unfounded optimism that could tumble down at any moment.

However, you still have time to come out of this mess stronger than before. Experts like Matt Badiali have helped people just like you navigate irrational times and bear markets alike.

Click here to learn what he recommends you do before all else.

You have been warned. 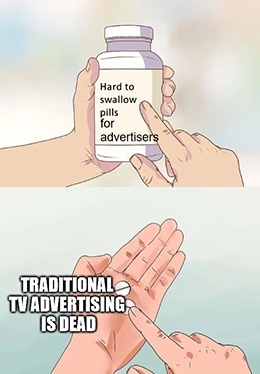 Roku Inc. (Nasdaq: ROKU) is up more than 40% since Great Stuff first recommended the shares roughly a year ago. Compared to the rest of the market, that’s a big win. But, if you missed the boat last year, don’t worry … the market has handed you an opportunity today!

Looking ahead, Roku said it expects to report “substantial” ad revenue growth for fiscal 2020. However, the company warned that it saw “higher-than-normal cancellations as overall advertising budgets have declined.”

Mr. Wall Street decided to focus on that tidbit of info to send ROKU plummeting, giving you an opportunity for profit.

You see, ad companies are having trouble adjusting to the new cord cutting paradigm. They’re used to spending on traditional TV ads, and they’re pulling back ads without major blockbuster events, such as the NCAA tournament.

Once ad agencies realize their audience has migrated to streaming, ROKU will be front and center for their ad dollars. To put it another way, print media advertising went through a similar ordeal back in 2008. That ad money moved online as newspapers and magazines were finally pushed out in favor of online publications.

ROKU is doing the same thing to traditional TV, and it will pay off big for investors. So, if you haven’t taken a look at buying in (or adding to your stake) over the past year, today’s as good a time as any to shoot your shot. 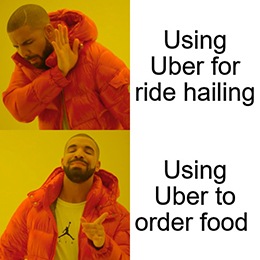 Uber Technologies Inc. (NYSE: UBER) had more than a few “sins” to get off its chest in the earnings confessional last night.

The first was that $2.9 billion loss, which breaks down into $1.70 per share on an adjusted basis. It more than doubled Wall Street’s expected loss of $0.84 per share.

The next sin was that revenue came up $30 million short of the consensus estimate. Finally, gross bookings fell 5% at Uber’s ride-sharing unit, coming in below expectations at $10.87 billion.

So why did Uber stock rally today? Because of Uber Eats. The food delivery unit saw revenue surge 52% to $4.68 billion, beating analysts’ targets. Additionally, investors were keen on Uber’s cost-cutting measures, which include job cuts.

“We will not shy away from making short-term financial sacrifices where we see clear long-term benefits,” said Uber CEO Dara Khosrowshahi. (Say his name three times fast, I dare you.)

Wait a minute … where have I heard this before? Ah, right: This line has been one of Dara’s faves, word for word, ever since Uber first went public.

Editor’s Note: Investing in innovative IPOs? That has Paul written all over it! Click here to see how Paul finds the perfect IPO. 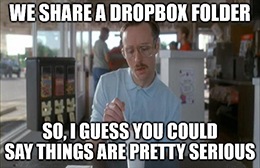 For the longest time, Box Inc. (NYSE: BOX) and Dropbox Inc. (Nasdaq: DBX) were the two reigning cloud-storage kings. Typically, office workers and freelancers alike rely on Box and Dropbox to access work files easily from at home, the office or — bad habit alert — on vacation.

With the stay-at-home market, remote workers can now conveniently access all their data and projects from the living room, the kitchen, the shed out back … my, this truly is the work-from-anywhere revolution.

So, Mr. Worldwide, what’s up with Dropbox?

Today, Dropbox dropped, while Box barely dropped. Dropbox’s drop shows us that, even when you outbox Box, you can still get boxed in.

Dropbox posted its first ever quarterly profit. Earnings came in at $0.17 per share, beating analysts’ consensus estimate for $0.14 per share. The company brought in $455 million for the quarter, just squeezing by the projection for $452.2 million.

Better still, it still expects to turn a profit for the full year!

And what does Dropbox get for its dashing results? A 2% aftermarket rally that today’s trading almost immediately erased.

Dropbox even provided second-quarter guidance at a time when guidance is rare. The thing is, it didn’t meet Wall Street’s wishful thinking projections.

CEO Drew Houston still gave some much-needed optimism, though: “Certainly, a huge percentage of the world is being forced into a remote work state for the first time, but I think the effects of it will persist well beyond when we typically go back into the office.” 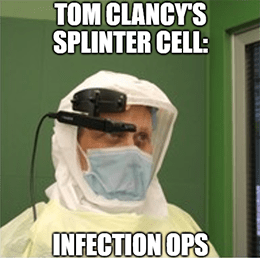 Now, with a mixed medley of earnings messes behind us, let’s have a quick tech talk.

Vuzix Corp. (Nasdaq: VUZI) is augmenting reality where reality was never augmented before.

Think of the geeky-looking privacy disaster that Google’s smart glasses turned out to be. But, instead of the bright scrolling news feed an inch from your eye (that no one asked for), Vuzix’s M400 Smart Glasses have joined the COVID-19 fight’s many front lines.

This week, news came out that health care workers can now use a version of Zoom specific for “telemedicine videoconferencing.” And here I thought the Jetsons had futuristic tech!

Even better, doctors and hospital workers are also using Vuzix’s glasses at Johns Hopkins Hospital’s intensive care ward to remotely carry out their rounds for quarantined COVID-19 patients. Doctors also said the glasses would help out with training and other hands-free patient monitoring.

VUZI shares are up big … relatively that is. Today’s 19% surge puts VUZI roughly 188% above its mid-March lows. You want to talk pre-crash levels? Psshh … before today, VUZI shares hadn’t traded past the $3 mark since the balmy days of July 2019.

And if you’ve never heard of Vuxiz before, I don’t blame you. Heck, Ian Dyer is the only other Banyan Hill analyst who I’ve seen cover the stock.

Vuzix is far from a household name, and it’s tiny. (How tiny is it?!) Today’s surge put the company’s entire market cap at just over $85 million.

A Great Stuff crowdfund could buy out the dang thing … I mean, in theory. Who wouldn’t want to own an augmented reality company? It’s sure more interesting than whatever else Snapchat is doing with augmented reality. Because the world really needs more puppy dog selfies…

That just about wraps things up for this week of Great Stuff.

How are you holding up out there, dear reader?

How has the Great Reopening affected (or not affected) your neck of the world? Are you keeping yourself occupied?

If you’ve got a hankering to spin your story, write to us anytime at GreatStuffToday@BanyanHill.com.

We always love hearing from you! 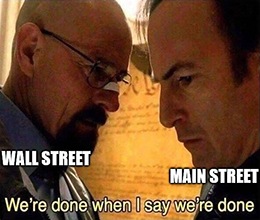 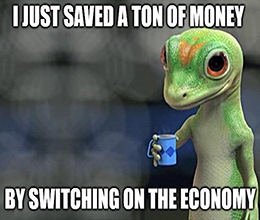