On Google: “I had plenty of ways to ask questions, or anything of the sort and educate myself. But I blew it.”

On Amazon: “I was too dumb to realize what was going to happen.”

Warren Buffett and his longtime investing sidekick, Charlie Munger, are smart-but-humble types. I’m not surprised at their well-deserved reputation for candor, honesty and razor-sharp investment insights.

But I am surprised that — after decades of avoiding tech stocks and downplaying their investment potential — two dogs of a certain age (I’m starting to get up there myself) can admit to learning a new trick or two about a sector they bashed for years.

Or perhaps they could have just listened to some experienced voices, such as Profits Unlimited Editor Paul Mampilly.

Paul has been at the tech investing game since the 1990s. He knows what great tech franchises — the kinds of stocks that go up 1,000% — look like. Paul also knows what crazy investment bubbles look like. He’s been around.

With Buffett and Munger, I get the sense that their tech appetites were whetted by their investments in Apple Inc. (Nasdaq: AAPL). On Tuesday, Berkshire Hathaway confirmed what Buffett had been hinting about in recent media interviews: He and his lieutenants doubled their Apple holdings in the first quarter to 129 million shares worth $18.6 billion.

The shares are up more than 30% since the start of the year. But then again, this is a sector famous for its dramatic ups — and equally dramatic downs. The year isn’t even half over yet.

As Paul Mampilly pointed out last summer, Wall Street has a “preference for accounting shenanigans and sleight of hand” — with Apple as a prime example.

P.S. The richest, smartest investors in America are loading up on tech stocks, and Paul Mampilly encourages you to do the same — immediately. It’s just a matter of time before the word gets out, and when that happens, it’ll be too late: You’ll be left settling for the scraps of the newly rich. Click here to learn the absolute best way to capitalize on this phenomenal opportunity. 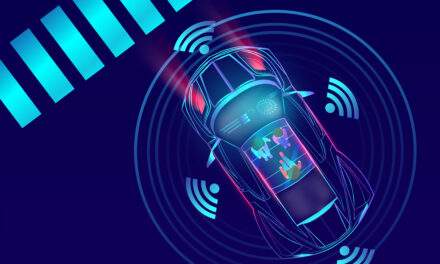 GM Is Doubling Down on Self-Driving Cars With LiDAR