Home » Great Stuff » The U.S.-China Trade Deal Bamboozle: There is No Trade Deal 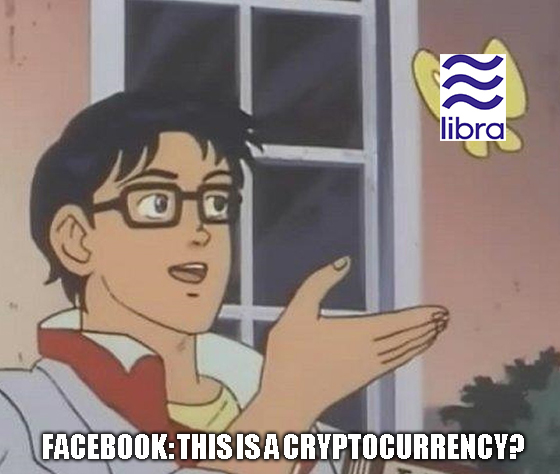 Something is bothering me, dear Great Stuff readers.

I feel you’ve been done a disservice by the financial media after Friday’s trade-deal love fest.

So, to make things painfully clear, let’s just put this on the table now: There is no trade deal.

I know, I know. You were told on Friday there was a partial deal between the U.S. and China. The details included China addressing intellectual property concerns and buying $40 billion to $50 billion in U.S. agricultural products. In exchange, the U.S. agreed to not hike tariffs again in December.

President Trump touted it as a “very substantial phase one deal” … a “tremendous deal” for U.S. farmers. In all honestly, this is just Trump being Trump.

But the financial media hyped the potential for a deal all day on Friday. The Dow even rallied nearly 500 points on the hype.

Today, we’re getting the post-hype hangover. The market is coming to the realization that no deal was actually signed. There is no formal agreement, only the potential framework for one.

Proof of that emerged over the weekend when China failed to talk up buying $40 billion to $50 billion in U.S. agricultural goods — something you’d think it would mention given the dollar amounts attached.

This morning, we had more proof when China said it would need another round of talks before signing any deal. In China’s words, significant progress was made, but there was no mention of a deal.

Back on the Trade War Cycle merry-go-round we go.

Last week’s hype is sure to die down considerably in the coming weeks.

If we continue to follow the Trade War Cycle, the market will realize today that very little progress was made. This will be followed by President Trump coming out with a renewed tough stance on U.S.-China trade relations, which will lead to a market sell-off on fears that a deal might not be reached.

The only real change in the cycle from Friday’s trade talks is that we shifted expectations away from a complete trade deal to hopes for a partial deal.

But this narrative shift changes little in how you should invest and manage your wealth.

Until a more concrete trade deal comes along, you only need to stay the course and take advantage of opportunities as they arise. Indeed, this is a very opportunistic market, as we saw on Friday.

To take advantage of those limited opportunities, you need someone like Banyan Hill expert Paul in your corner.

Now, I know quite a few of you are already familiar with Paul and his “Strong Hands” approach to investing. But Paul has one service with a proven trading system that uncovers stocks that are poised to rally 1,000%.

Just like the current market, this system promises a fast, profitable ride — and I’m excited for you to get in on it.

The Good: Just Buy It 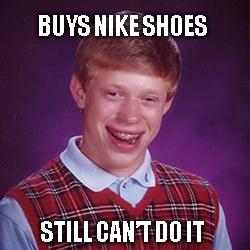 To paraphrase Spike Lee from the ’90s commercials, it’s the “accelerated democratization, money!”

The ratings firm also hiked its NKE price target 40% to $98 per share.

The upgrade comes even as Nike faces potential backlash in China from NBA fallout. Last week, an NBA executive tweeted out a pro-Hong Kong statement before deleting the tweet and apologizing.

But the damage was already done. And analysts worry that NBA endorsements, which go a long way toward driving Nike sales in China, could prompt consumers to buy local instead of Nike products.

BAML argued that “accelerated democratization” would offset a global slowdown in both high-performance wear and potential Chinese issues.

The Bad: It’s (Not) Electric 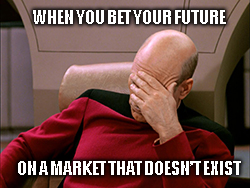 There’s no boogie woogie woogie for Harley-Davidson Inc. (NYSE: HOG). LiveWire, Harley’s electric bike, is not catching on like the hog maker had hoped.

Management tried to capitalize on millennial demand for a hip electric hog, but that market doesn’t appear to exist … like, at all. Most of the customers buying the LiveWire are existing Harley owners.

The millennial market, meanwhile, is not interested in motorcycles … electric or not. Instead, millennial trends indicate a lean toward ride-hailing services, such as Uber, and traditional electric vehicles (EVs), such as Tesla Inc.’s (Nasdaq: TSLA) Model 3.

What’s more, Harley hasn’t helped itself at all when it comes to the LiveWire. The bike sells for just shy of $30,000 — nearly as much as a Tesla Model 3. Harley also delivered the bikes about two months late, meaning that LiveWire is arriving in showrooms just in time for the winter slowdown in motorbike sales.

In short, the LiveWire is essentially dead on arrival. Harley now must come up with another way of stemming the decline in global motorcycle sales. With the iconic hog falling out of favor as a status symbol, Harley may be a lost cause. 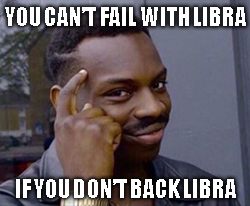 Yeah, I have some bad news about that. The big selling point for libra was the backing of several major financial firms, including Visa Inc. (NYSE: V) and Mastercard Inc. (NYSE: MA). This weekend, those key firms backed out of the Libra Association — the group slated to oversee the libra cryptocurrency.

The departures cast serious doubt on the future of Facebook’s libra plans. “I don’t think Facebook can do this by itself,” said Wedbush Securities analyst Michael Pachter. “Short of a big bank stepping in like JPMorgan, I don’t think this could ever happen.”

Facebook is still set to launch libra in June 2020. In response to the departures, Facebook’s David Marcus — the one in charge of the libra project — said: “You know you’re onto something when this much pressure builds up.”

Yeah, you’re onto something … a failed cryptocurrency.

I mean, they’re supposed to be currencies, right? Someone must be spending them.

Today’s Chart of the Week answers that question. And the most-used cryptocurrency just might surprise you: 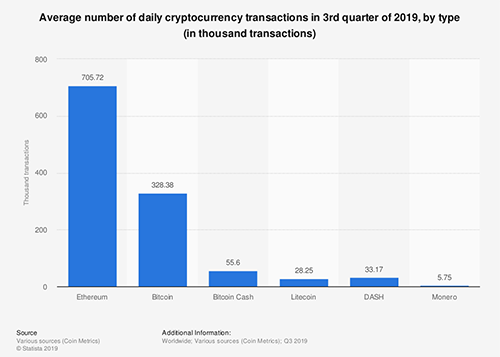 The much-hyped bitcoin is not the most-used crypto when it comes to transactions. That honor, in the third quarter at least, goes to ethereum, with more than 705,000 daily transactions during the quarter. That’s more than double bitcoin’s daily activity.

It just goes to show that you need real advice — and not media hype — when it comes to crypto investing. Personally, I always trust Banyan Hill expert Ian King.

In addition to timely and educated advice on investing in cryptocurrencies, Ian has a five-part video training series that will give you everything you need to master the crypto market!

Click here now for the best cryptocurrency investing advice on the market!

The race to compete with Tesla in the electric vehicle market is on!

Everyone from General Motors and Ford to Nissan and Volvo is getting in on the act. But making money on the electric vehicle mega trend is still a crapshoot. It could be some time before Tesla is actually profitable, and many of its startup competitors are already folding.

What’s an investor to do for surefire returns in the EV market?

Banyan Hill expert Matt Badiali has a surprising answer to just that question.

Yes, that stuff they make pennies with. Even though you’d rather find pocket lint in your favorite pair of jeans than pennies, investing in the copper angle on EVs just makes sense.

Copper is a key component that makes EVs hum. As Matt noted in a recent article on the topic: “The average EV motor needs more than a mile of copper wire.” In fact, the batteries in the Chevrolet Bolt need an additional 72 pounds of copper. That’s a lot of copper for just one EV!

For more on what makes copper investing the right angle to take on the Tesla trend, check out Matt’s latest article: “8 Carmakers Want in on Tesla’s Market Share — Copper Will Soar.”

Or, you know, go right to the source. Skip the middleman, sign up for Matt’s Real Wealth Strategist and get the insider information you need to bet on this massive copper breakout.