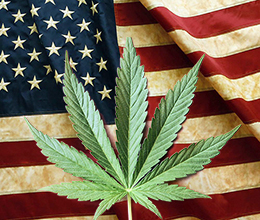 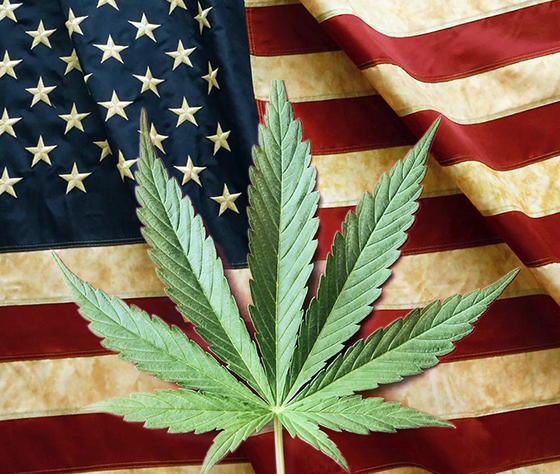 I’m feeling saucy today, so you’re getting a rant.

Yesterday, the Justice Department announced that it’s finally moving forward on something it promised to start doing years ago: approve marijuana growers for federally authorized research.

And it only took a lawsuit to make them move.

The Drug Enforcement Agency (DEA) said it would begin accepting applications for federal research status three years ago. It’s currently sitting on 33 applications, but hasn’t acted on any of them.

One applicant, the Scottsdale Research Institute in Arizona, finally had enough. In June, the institute filed with the U.S. Court of Appeals for the District of Columbia for a motion to order the DEA to begin processing applications. The court ruled that the DEA must respond by Wednesday, August 28.

“This is why we filed this lawsuit: to get this program moving after three years of stagnancy,” said Scottsdale Research Institute lawyer Matthew Zorn.

Right now, cannabis is legal in some form in 38 of the 50 states. That means that 76% of the country has legalized marijuana either fully or medically.

And how many federally approved marijuana growers are there?

One. Just one — the University of Mississippi of all places, one of the states where weed is completely illegal.

While the States are moving forward with legalization and medical research, the U.S. federal government is lagging behind. Its lack of vision and stubbornness to adapt to the times is not only costing us critical investment revenue in a booming industry — it’s costing us lives due to the lack of crucial health care research.

The days of Reefer Madness are gone. No one believes that anymore, nor should they.

The fact is, cannabis is going to be legal in the U.S. It’s inevitable.

The government can either pull itself together and get a research-based plan together to capitalize on this revolution … or it can drag its feet and let Canadian companies take over the market one state at a time, one country at a time.

Now, for those of you who don’t have your heads stuck in the sand like a certain country’s lawmakers, I have some advice.

If you’re looking for big returns in the cannabis market, you need to invest in the No. 1 marijuana stock of 2019. Click here to find out more.

Good: Taking My Time on My Ride 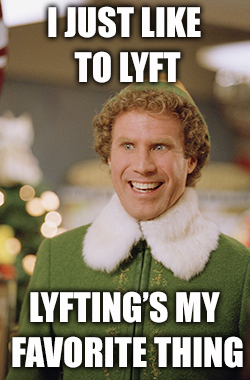 Lyft Inc. (Nasdaq: LYFT) will be profitable sooner than expected?

That’s the word from Guggenheim Securities.

The ratings firm issued a bullish report on Monday, claiming that ride-hailing firm Lyft would turn a profit by 2021 — two years earlier than expected.

Guggenheim’s reasoning is a bit sketchy, however. The firm raised its earnings estimates based on “assumed price increases, with limited impact on demand.”

I’m not sure what world Guggenheim lives in, but in this one, we obey the laws of supply and demand.

Granted, with Uber Technologies Inc. (NYSE: UBER) also looking to move away from steep discounts, Lyft could have some pricing power.

What’s more, Lyft clearly has a better handle on finances than Uber, which lost $5.2 billion in three months.

Guggenheim currenly has a $60 price target on LYFT.

Better: Could Have Been Worse … Much Worse 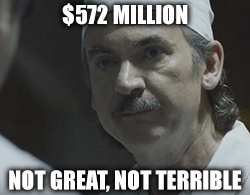 Yesterday, an Oklahoma judge ruled that the company must pay $572 million for its part in the state’s opioid crisis.

The Cleveland County district judge ruled that Johnson & Johnson’s “misleading marketing and promotion of opioids created a nuisance” and compromised the health of Oklahomans.

Today, I learned that helping create an opioid crisis is “creating a nuisance.”

So why are JNJ shares rallying? It could have been much worse. The Oklahoma state attorney general was asking for $17 billion. Analysts were expecting a judgement in the low single-digit billions.

By that measure, $572 million is, to paraphrase Anatoly Dyatlov from HBO’s Chernobyl, “not great, not terrible.” 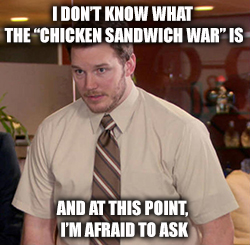 I don’t know if you’ve seen it yet or not, but the spicy chicken sandwich war on social media is a thing of beauty.

Chick-fil-A, Wendy’s Co. (Nasdaq: WEN) and Popeyes have been duking it out on Twitter this month.

It started with an innocent enough “…y’all good?” from Popeyes, taking aim at Chik-fil-A. And it escalated into a back and forth between Popeyes and Wendy’s.

But the joke’s on Wendy’s, however, as Popeyes is clearly winning the war.

But real investors know that when two sides go to war, you bet on the arms dealer.

The real winner in this spicy chicken sandwich war is Tyson Foods Inc. (NYSE: TSN), which supplies both Popeyes and Chick-fil-A.

I know the exact date to start worrying. And I’m wondering why no one else is paying attention.

This isn’t a secret date I discovered. The story is in the news. I have known about this date since July.

That’s when Iran announced it will start enriching uranium.

The country can make uranium pure enough to build nuclear weapons. It announced it will start on September 5.

Between the quote and the title, you have a pretty good feel for where Michael is coming from. The Iranians will develop (or attempt to develop) nukes. The U.S. and its allies will try to stop them.

If you think it’s far fetched … you don’t remember October 1987. But I won’t spoil all of Michael’s fun here. Go read the article.

Great Stuff: I Believe I Can Fly

I have some good news and some bad news this week, Great Stuff readers.

The good news is that I’m flying down to sunny South Florida to meet with the Great Stuff team and the rest of the wonderful people at Banyan Hill. Why is me flying to South Florida good for you?

Because, silly, we’re going to explore ways to make Great Stuff even greater … if that’s even possible. Don’t worry: You will still get your daily dose of Great Stuff … it’ll be just a bit shorter than usual. My arms will be tired from the trip, naturally. (My daughter hates that joke.)

The bad news is that there will be no Great Stuff stock pick this week. It wouldn’t feel right with less time for due diligence on my part. With the market whipsawing about like an out-of-control firehose, I really want to make sure I get it right for you.

So, no pick this week, but you’ll get one next week. It’s for your own good, capiche?

I’ll be fully back in the saddle this Friday. 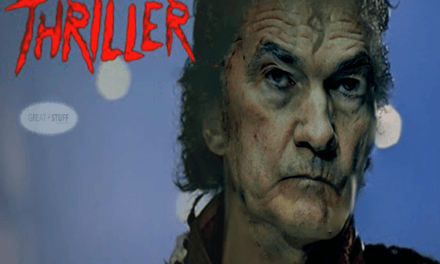