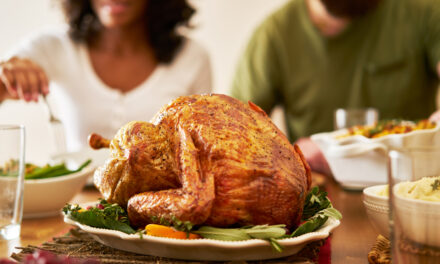 Like most Americans, I’m busy gearing up for Thanksgiving. As the chief cook of the Bauman household, I’ve got a lot of work ahead of me.

One thing I like about Thanksgiving is the opportunity it presents for stimulating conversation.

I’m not talking about heated political debates. Over the years, I’ve figured out a clever way to avoid this entirely.

No, I don’t disinvite people I disagree with.

I simply prime myself with a couple of interesting, but little-known facts. I wait for the right moment, then drop the bomb … gently, of course.

And just to make sure there’s no blowback, I focus on issues where everyone will agree. Republican or Democrat, it doesn’t matter.

So, in service of your Thanksgiving table, allow me to offer 2021’s Bauman’s Diversionary Topic™…

The Enormous but Hidden Culprit Behind Inflation and Supply Shortages

When it comes to public policy, it’s hard to recognize the truth. We can thank self-interested politicians and media talking heads for that.

Case in point? Inflation and shortages.

We hear that President Biden is personally responsible for rising prices. We’re told that Washington should send in the troops to unload ships faster. Otherwise, we’ll be without cranberry sauce and Christmas presents.

Both of these ideas are absurd.

It’s the whipsaw effect of huge cutbacks in production in late spring and early summer last year. Everyone thought the global economy was about to shut down … and everyone was wrong.

But when it comes to supply chains, one of the biggest issues is something most people know nothing about.

The size of cargo ships.

The chart below shows the evolution of cargo ships from the mid-50s. Capacity is in “TEUs,” a standardized measure of the number of containers a ship can carry.

After World War II, most container ships were repurposed merchant vessels that could carry only about 2,500 TEUs.

But from the 1980s until the mid-2010s, container ships grew steadily larger … until they reached the maximum capacity of the Panama Canal. They maxed out at about 12,500 TEUs. 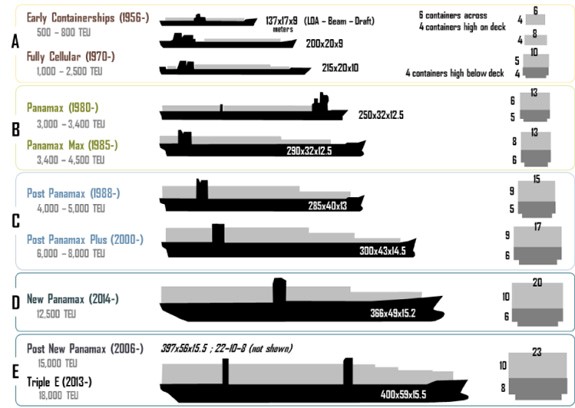 Starting in 2006, however, global shipping companies began to commission behemoths that could carry twice that. Because they focus on transpacific and transatlantic trade, they don’t need to fit through the Panama Canal.

There’s just one problem: Most of the world’s ports can’t handle a ship of this size … much less three or four of them at once.

And even if they can, when the Ever Ace or one of its sisters arrives, everybody else has to wait in line until it’s been unloaded. And that can take days.

Of course, port congestion isn’t the only problem.

You surely remember the case of the Ever Given, which got stuck in the Suez Canal last year. It’s so big, with so much surface area, that a sudden blast of desert wind overwhelmed the helmsman.

It shut down global trade for weeks … and made an Egyptian backhoe operator into a celebrity: 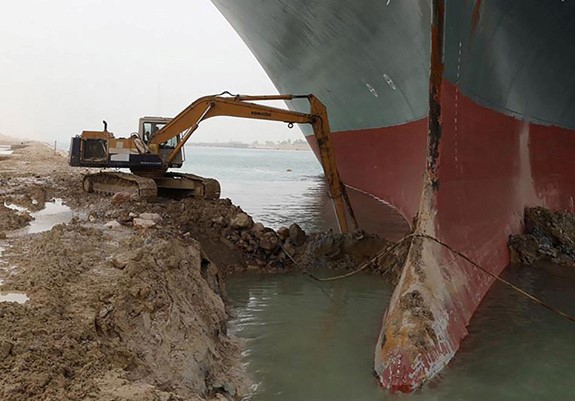 Here’s where things get really interesting.

The global shipping industry has become increasingly concentrated since the 1990s. In 1998, the top 10 shipping firms had about 40% of the total market. The top four had about 18%. Now they have 82% and 58% respectively: 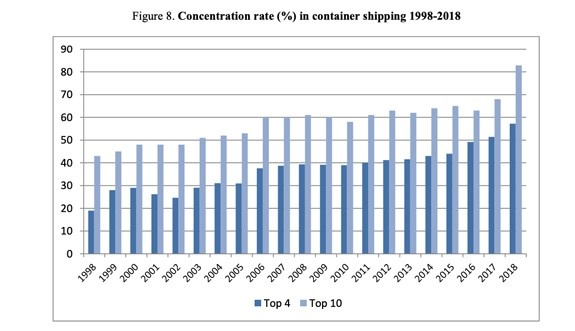 Note the enormous spike in concentration starting in 2016 … just when some of the biggest mega ships were commissioned (hint: it’s not a coincidence). Three shipping cartels control 80% of the global market: 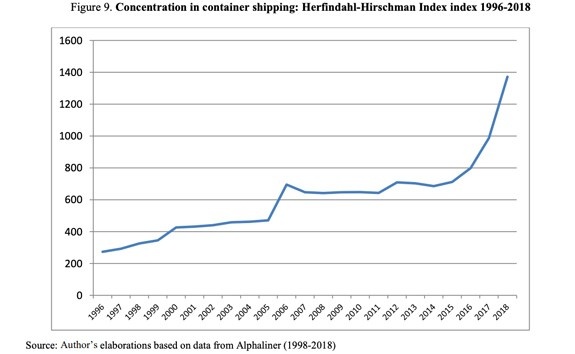 It makes perfect sense — to shippers, if not to the rest of us.

The global shipping industry has an incentive to prevent new shippers.

Without competition, they can set prices at will.

And that’s exactly what they do. Here’s what happened to container shipping rates at the beginning of the year. A lot of the inflation everybody hates is due to these rising rates: 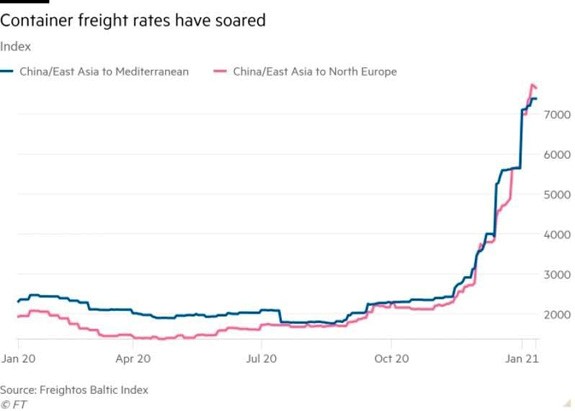 Mega ships help keep things this way. They cost so much money that no new competitors can possibly afford them.

Now that those ships have become the norm, the global shipping cartel is forcing ports all over the world to expand to accommodate them. That’s why the recent infrastructure bill includes $17 billion of your tax dollars for port upgrading.

Of course, once ports are designed for mega ships, it won’t be cost-effective to service smaller vessels. That will make it even harder for new companies to compete.

As the great student of monopoly Matt Stoller puts it:

“We’ve moved from a grid with lots of different size ships owned by different lines that could dock in lots of ports, to one dominated by hundreds of mega ships that can only go to certain ports, all controlled by a de facto small cartel.”

The Ever Ace and the Ever Given are instruments in an anti-competitive shipping industry scheme to direct more and more of the world’s economic output into their own bank accounts.

Be a Thanksgiving Conversation Star

Global shipping would be cheaper, more efficient and safer if ships were the same size as they were back in the mid-2010s, at about 14,000 TEUs.

Second — and here’s the real kicker — having more but smaller ships would allow ports to unload container ships much faster.

These days, when a mega ship arrives in port, operations have to focus on that ship four days at a time. Smaller vessels must wait in queue offshore. Anyone whose shipment happens to be on one of the smaller ships just has to wait. That also affects truckers and warehouse companies contracted to those smaller shipments.

As always, we can thank the unholy alliance of Congress and big money for the situation.

In one fell swoop, all regulations and controls over consolidation, price fixing, and anti-competitive behavior were eliminated … all in the name of “efficiency.”

And so here we are.

Try not to choke on your cranberry sauce as you explain this to your dining companions! 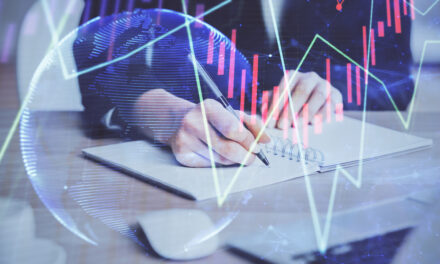 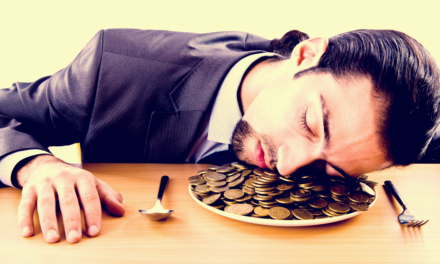 Find Balance in Stocks, Not Your Stomach