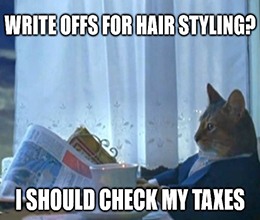 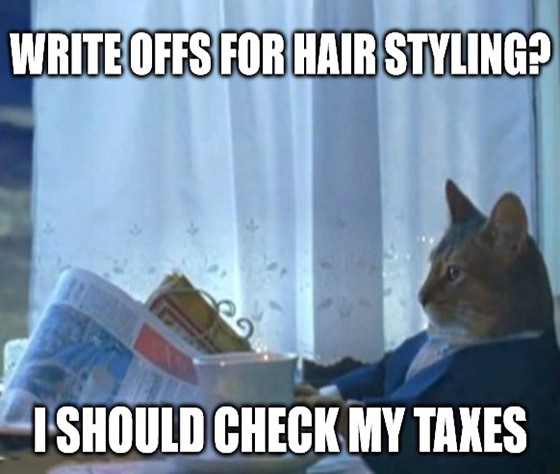 Yes, we’re talking taxes today. No, it’s not tax season. But I’d argue that if you truly want to keep as much of your hard-earned cash as possible, every season is tax season.

Now, you can’t avoid taxes completely … death and taxes, you know? But you can choose between The Beatles and Stevie Ray Vaughan when complaining about them. (I’m rolling some SRV today, how about you?)

You can also delay, mitigate and redirect the money involved — just ask President Trump. By now I’m sure you’ve all read the “bombshell” reports on President Trump’s tax returns. If not, the story is easy enough to Google. I won’t link to a particular story here because, as soon as I do, some readers start screaming Bias!

But that article used an ellipsis in the wrong place! It’s clearly a conspiracy!

Whatever… I’m not looking to repeat the “sportsball” incident in the GreatStuffToday@BanyanHill.com inbox anytime soon. But I digress…

But we’re not talking fair. We’re talking legal. And while the jury is still out on whether or not Trump’s tax avoidance is legal, there are plenty of perfectly legal ways for you to significantly minimize your tax burden.

Now, I am not a tax expert, not by a long shot. But I happen to know a guy…

When the tax laws changed back in 2018, Ted Bauman was hot on the case. In his article “Avoid These Costly Tax Mistakes While There’s Still Time,” Ted outlined all the critical changes to the new tax code. From tax brackets to capital gains to deduction eliminations, Ted covered it all.

If you stumbled through filing the past two years and didn’t get back what you expected, you need to read that article … like yesterday.

Finally, if you really want to play hardball and keep as much of your hard-earned money as possible — and why wouldn’t you? — you need Ted in your corner. Ted can show you many of the same legal strategies and tactics that Trump and his ilk employ to cut their tax burdens. It could literally save you thousands. And no, we’re not talking about writing off your hairstylist appointments.

To find out how you can join the elite at tax time (legally), you need to click here now!

If you thought that Tesla Inc. (Nasdaq: TSLA) was the only true play in electric vehicles, Deutsche Bank has some words for you.

Are consumers prepping for economic hard times? Or are McCormick & Co. Inc.’s (NYSE: MKC) spices just that popular? The company beat fiscal third-quarter earnings estimates by a penny per share, with revenue rising 8% year over year.

And here I thought I craved Indian food! Walmart Inc. (NYSE: WMT) is in talks to shell out up to $25 billion for a stake in India’s Tata retail app. The so-called retail “super app” will offer everything from health care services to groceries to insurance. (One of these things is clearly not like the others.)

Walmart wants in on one of the world’s fastest-growing markets, and it’s willing to shell out big bucks for the opportunity. Meanwhile, Tata gets the backing of a major global brand out of the deal.

To infinity and Beyond Meat Inc. (Nasdaq: BYND), demand for plant-based alternatives is soaring this year. Nielsen just reported a 25% jump in demand for meat alternatives in the month ending August 22.

To meet this non-meat demand, Beyond tripled its distribution with Walmart, and Beyond patties will now reach more than 2,400 Walmart locations. BYND shares surged on the news, soaring more than 10%.

If early testing is any indication, Intel Corp. (Nasdaq: INTC) is about to have egg on its face once again. Benchmark testing for Advanced Micro Devices Inc.’s (Nasdaq: AMD) new Ryzen 7 5800X processor have leaked on Twitter, and the results are impressive.

So, if you wondered why AMD shares were nearly 3% higher today, wonder no more.

OK, we made it through today’s tax discussion without our inbox becoming a political dumpster fire. (Hopefully?)

Let’s test the apolitical high wire with our Chart of the Week.

Check out this ranking of the hardest-hitting news investigations based on their respective social media share-a-thons: 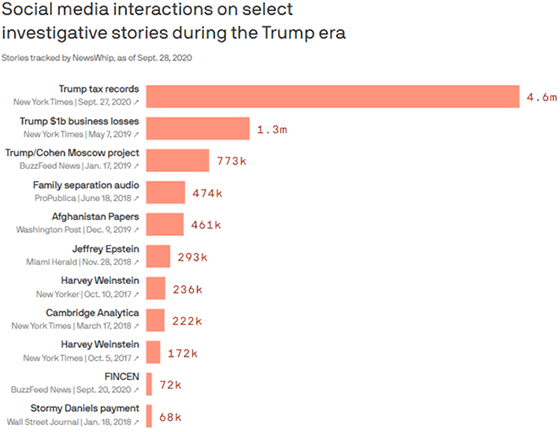 Now, I hear a few of you out there: Pssh, who even reads news on social media anymore?

You’d be surprised. I’m surprised, to be honest.

Here’s what’s interesting about this week’s chart: NewsWhip tracked how each story gained traction through likes, comments and shares across the wide social media realm. Namely, this isn’t just Facebook. This is the whole social media gambit.

The margin by which the Trump tax story blows away the next two most-interacted stories shows not only the pent-up demand for any election-steering info … but also the fast-pace shift of what people even care about. Case in point: Check out FINCEN way down on that list.

You mentioned FinCEN last week … bank fraud or something? Money laundering? Am I getting closer?

Yes! The Treasury Department’s Financial Crimes Enforcement Network (FinCEN). It just rolls off the tongue, doesn’t it? $2 trillion worth of suspicious transactions by JPMorgan Chase, HDBC, Deutsche Bank … well, over 63 times as many social interactions came out of the Trump tax story by comparison.

The bottom line: No stories stick anymore in this “most treacherous season.” And nothing — not even a million COVID-19 deaths — could shake some sense or reality into the market. Will Trump’s taxes?

Let us know what you think: GreatStuffToday@BanyanHill.com.

Great Stuff: Declare the Pennies on Your Eyes

All right rabble-rousers, you’ve held out for your time to rouse rabble, but wait no more.

While you’re writing out your email for this week’s edition of Reader Feedback — ahem, GreatStuffToday@BanyanHill.com cough cough — why not hit us with some of your favorite witticisms and lyricisms?

Better yet, is there a song or band you’d like to see us riff alongside?

As much fodder as we have for Led Zeppelin and Pink Floyd days … we know y’all have some diverse tastes out there. And we want to hear it! From bluegrass to black metal, give us an excuse to weave your favorite songs among the market news.

Join the listening party at GreatStuffToday@BanyanHill.com!

Oh yeah, and that whole “investing” thing too — if you’ve got questions, we’ve got answers or at least a snappy comeback. Interested? So are we, so get to scrabbling before our Reader Feedback shout-out on Thursday. 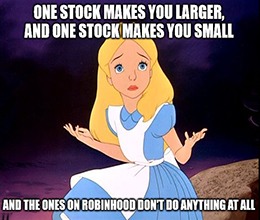 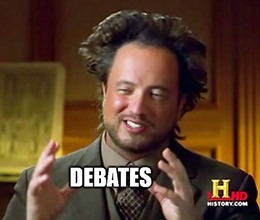