“STUF” – 4 Millennial Stocks that Could Make You Rich 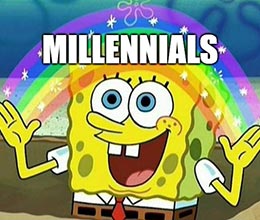 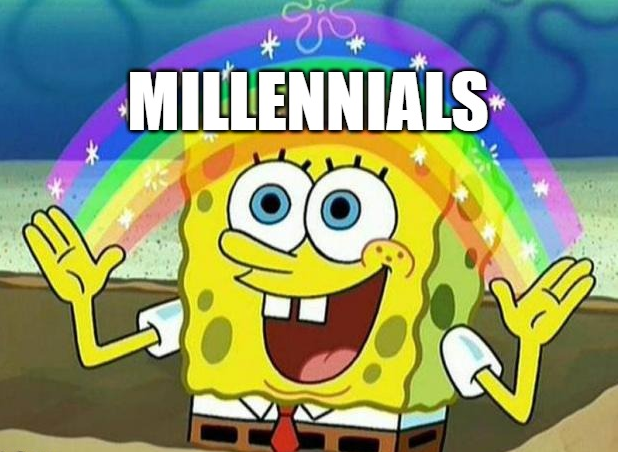 It’s a good thing I didn’t make that pinky promise yesterday to be back with your regularly scheduled programming today.

I’ve ping-ponged between family members since the moment I landed in Kentucky for that family emergency. Between that and traveling, I just haven’t been able to keep track of the market’s shenanigans.

Thanks to everyone who sent me a note, by the way. I’m only hijacking this publication for a week while Joe is celebrating his 20th wedding anniversary, but you guys still care.

So sorry to learn of your family emergency, Jocelyn. Thoughts and prayers with you and your family.

Thanks, Robert! Warms the heart. For everyone else who reached out this week with your take on the market (I’m looking at you, Mike, Rick and Dale), a big thanks as well. I’m shooting your notes over to Joe so he’s sure to see them.

While I haven’t kept up with the past two days’ worth of news releases, I did see this super eye-catching article published by Banyan Hill’s resident millennial expert, Paul Mampilly, on Tuesday.

After all, it had some great “STUF” in it. (I’ve been waiting to make that joke all day, and you’ll see why.)

For those who don’t know, Paul is bullish on millennials. And when you think about it, why wouldn’t he be?

With millennials overtaking baby boomers as the largest generation in America, these once-overlooked 20- and 30-somethings will soon become the top drivers of our economy.

Paul’s been saying as much since he joined Banyan Hill back in 2016, so when his article hit my inbox Tuesday afternoon, I wasn’t surprised to see a pro-millennial think piece.

But here’s what did shock me: Paul told readers about four different millennial stock recommendations he gave away free in his latest YouTube video.

Yes, you read that correctly.

Paul actually gave away the names of four stocks that he actively tracks. Free.

I’m no value expert, but even I can recognize a bargain when I see one.

Paul even coined a new term for these companies that plays off of Jim Cramer’s infamous FANG acronym.

I’m not going to tell you what STUF stands for — that would be cheating. But I will save you the trouble of finding Paul’s latest YouTube video yourself by posting it here:

Paul believes that people who invest in STUF early could end up filthy rich. I’m talking the equivalent of buying Google in the ’90s, or Amazon in the early 2000s.

You won’t want to miss this gravy train, so I encourage you to go watch his video right away and then load up on shares of these four companies.

For more details on tracking these millennial stocks — and other mega trends on Paul’s radar — this is the end of the line, though. You’ll have to hook yourself up with Paul’s direct analysis. You can find out exactly how to do that here.

And while you’re at it, make sure to give Paul’s YouTube channel a follow. Who knows what crazy STUF he’ll release next.

That’s going to wrap it up for me this week. I thank you for your patience while I deal with this family emergency, and look forward to reading Joe’s expert market analysis when he’s back in the office next week. 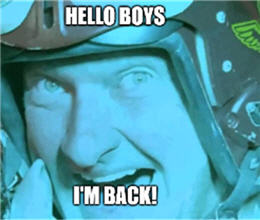