Home » Investing » Stocks » The Stock Market Is Going Against the Grain

The Stock Market Is Going Against the Grain 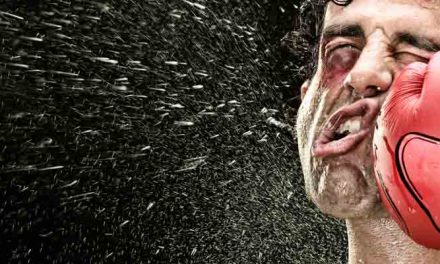 Back then, Wall Street’s bond traders, aka “The Masters of the Universe,” pulled the purse strings on the nation’s economy.

When they weren’t whipping around billion-dollar bond trades or slamming phones on brokers, these venerated risk-takers were chauffeured around New York City in Lincoln Town Cars and sitting courtside at Knicks games.

(I was fortunate to have a front-row seat to those days as a 21-year-old assistant trader on the mortgage-bond trading desk at Salomon Brothers.)

The bond traders were revered not just because they were pulling in tens of millions per year. It was also because politicians still cared (or at least pretended to care) about such yesteryear concepts as fiscal deficits, government debt and inflation.

When traders sent interest rates higher, the government would respond by raising taxes or cutting spending to keep these dreaded bond vigilantes at bay.

The last thing anyone wanted was an economy-killing bond-market rout.

But those days are long gone. The financial crisis left the former emperors with no clothes.

The one-time Masters of the Universe disappeared into a black hole of high-frequency algorithms and automated platforms.

And the bond market has been lulled to sleep with globally orchestrated central bank bond-buying programs. The U.S. 10-year government bond yield is within 10 basis points of the yield on this date in 2009.

But there’s a new sheriff in town. And if Carville still believes in reincarnation, he would be wise to give this financial index a grave look.

The stock market, namely the S&P 500 Index, has replaced the bond market as the hegemon index.

Throughout most of President Donald Trump’s tenure, the stock market served as an unofficial barometer of both economic and political performance.

Forget about the biased polls and the economic projections, they said. The stock market is the ultimate arbiter of truth.

In today’s world of instant feedback and gratification, the stock market is inescapable.

Gone are the days when we checked our financial health with the following day’s Wall Street Journal, or perhaps in a monthly account statement.

One doesn’t need to look far. The current state of financial health is broadcasted on every cable news show, on smartphone apps and in the waiting room at your doctor’s office.

And when the market is going up, everything is great. The economy is humming along, people are happier, everyone is getting richer and retirements are coming sooner.

Moreover, nonexistent volatility befuddled even the most hardened traders. The stock market broke a 20-year record of 394 sessions without a 5% drawdown.

In hindsight, the absence of volatility was the calm before the storm.

Of course, 2018 was the reverse of the previous year. We launched a trade war with our “frenemies” in China, and this stifled the rally in the early months.

And in the later months of the year, Federal Reserve Chairman Jerome Powell signaled a more aggressive stance on interest rates and balance sheet runoff.

In early December, he assured (or, really, terrified) investors by saying that the Fed’s balance sheet runoff was on autopilot.

That is, the Fed was willing to let its $4 trillion or so in bonds mature without purchasing a replacement.

And the market did not like this one bit.

By the close of trading on Christmas Eve, the S&P 500’s peak-to-trough decline registered just a fingernail under a 20% drop.

And this was no orderly sell-off. The market registered 2% down days and 2% up days on the way down. (Of course, there were more down days than up days).

When the market stages a once-in-a-decade drop like we saw in December, it challenges everyone’s beliefs. Or as boxing legend Mike Tyson once said: “Everyone has a plan until they get punched in the mouth.”

As $5 trillion of paper wealth was erased from the market, both investors and leaders capitulated.

Suddenly, Trump, aka “Tariff Man,” was tweeting: “Talks with China are going well!” and that “Big progress was (being) made!”

The president hoped his tweets had the power to jawbone stocks higher.

And even Powell changed his tune. While three rate increases in 2019 once seemed like a certainty, it now looks like the Fed will be on hold for the entire year.

At one point in late December, fed funds futures indicated a higher probability that the Fed would actually cut rates!

The Fed’s rhetoric changed as well. Powell went from saying “autopilot” to “flexibility and patience.”

The market punched everyone in the face, and everyone’s plans changed.

It’s been 27 days and 800,000 furloughed workers — the longest government shutdown in history.

For all the concern about lost economic growth, unpaid Transportation Security Administration workers and food unchecked by the Food and Drug Administration, the market has rallied 7% since the beginning of the shutdown.

Perhaps the December sell-off overshot. They always tend to.

Or perhaps the market woke up to the fact that the Fed changed its tune.

Or perhaps there has been a real breakthrough in trade negotiations with China.

One thing is for certain: The government shutdown rally will last until the market decides it’s time to end it.