Per the U.S. Energy Information Administration, a gallon of regular gasoline in the U.S. costs $0.05 more this week than last. It’s up $0.33 from a year ago.

It makes sense. The West Texas Intermediate (WTI) oil price is up 37% over the past 12 months.

Most of us have to buy gas, so there’s nothing we can do about the higher gas prices. But there is a way to offset them.

I suggest you invest in a business that benefits from these higher gas prices.

The one I have in mind just hit its lowest price ever. Recent operational issues have quashed its ability to enjoy the benefits of oil price largesse.

But the issues will soon be history. And that should allow you to offset the costs to fill up your tank with the payouts you receive from this investment…

Real Exposure to the Gas Pump

Shell Midstream Partners (NYSE: SHLX) will safely pay us at least a 6% yield while we wait for its price to move back up. And we could see another 70% in capital gains over the next two years for this master limited partnership (MLP).

It has real exposure to the gas pump. For example, it owns a pipeline that connects several Louisiana refineries to pipelines that deliver the gasoline elsewhere. It also owns stakes in some of those pipelines.

Shell Midstream also transports crude oil from the Gulf of Mexico to the U.S. for refining into gasoline.

Royal Dutch Shell is one of the world’s largest energy companies. It created Shell Midstream and backs it today.

Today, it owns interests in 15 pipelines. They transport energy in the eastern half of the U.S., and the Gulf of Mexico.

And it’s busy, especially in the Gulf:

And this is despite several headwinds.

Years of Growth Ahead: Shell Midstream

Shell Midstream had some issues in the Gulf of Mexico in the fourth quarter. A production platform connected to its Auger pipeline caught on fire. And oil fields that feed its Odyssey pipeline have had operational issues.

Hurricane Harvey cut income by at least $15 million due to outages and repairs, too.

Auger’s running again. The platforms contributing most of its daily throughput are, too. The company expects Odyssey will run normally by the second quarter.

All those issues are nearly history.

Analysts polled by Bloomberg expect 2018 sales to grow to $607 million. The next year they should be more than $800 million. That’s a nearly 90% increase in two years.

Importantly, Shell Midstream shares well with its investors. Here are its announced payouts since it went public:

It has increased its payments to investors every quarter … and I expect that will continue.

To be clear, MLPs like Shell Midstream follow special tax rules that are different from common stocks. I recommend readers contact their tax adviser before establishing a position in this or any other MLP.

After several months of struggle, Shell Midstream shares are cheap. I don’t believe you have to hurry to buy, though.

I would recommend you wait until shares enter an uptrend to take a position. I would like to see them move to at least $22.50 before buying.

Then, pat yourself on the back. You are on the way to making money and reducing expenses … at the same time. 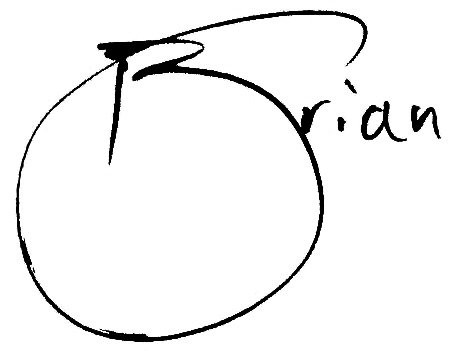 Editor’s Note: The list of the “latest, greatest hacks of all time” keeps growing and growing. It’s a massive threat facing the world today. In fact, cybercrime is costing businesses more than $400 billion in damages each year. That means a tidal wave of money is coming down the pike for companies at the forefront of cybersecurity … and investors who get in early enough are going to quickly become incredibly rich. To find out why we might even see a cumulative $1 trillion — yes, that’s $1 trillion with a “T” — spent to thwart hackers, click here now.

This Chart Calls for a Crash. But It’s Not That Simple…

This Rare Pattern Shows Where Stocks Could Stall