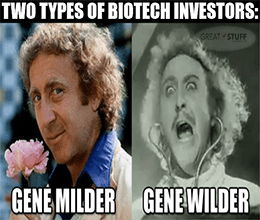 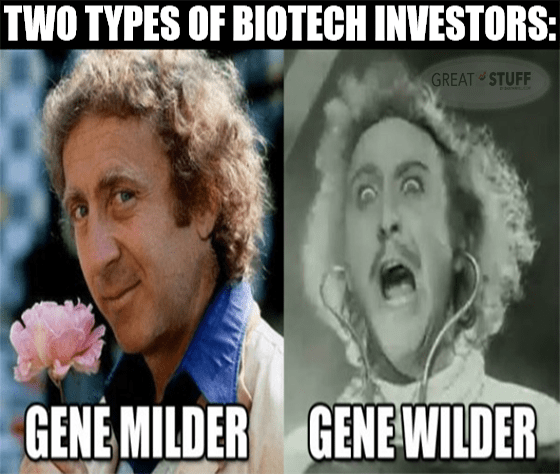 Do You Know The Way To Sanofi?

Great Ones, the future of health care isn’t in the future … it’s already here. And we can thank COVID-19 for its early arrival.

I’m talking about mRNA technology. You know … messenger ribonucleic acid? Did y’all just not take biology in high school? Here’s a quick refresher. TL;DR: mRNA is kinda like one of the software systems that life runs on.

And no, you Bon Jovi wannabes, this isn’t bad medicine. In fact, mRNA technology is what you need. Woah oh oh…

Translate Bio adds an mRNA technology platform and strong capabilities to our research, further advancing our ability to explore the promise of this technology to develop both best-in-class vaccines and therapeutics.

A fully owned platform allows us to develop additional opportunities in the fast-evolving mRNA space. We will also be able to accelerate our existing partnered programs already under development. Our goal is to unlock the potential of mRNA in other strategic areas such as immunology, oncology and rare diseases in addition to vaccines.

Sanofi’s COVID-19 vaccine is still in phase 3 clinical testing … so it kinda missed the boat this time around. Well, given the Delta variant’s resurgence, maybe it didn’t miss the entire boat.

Regardless, Sanofi isn’t taking any chances in the future. Buying Translate Bio brings dedicated mRNA technology in-house for Sanofi, allowing the company to essentially future-proof its drug and treatment pipeline.

This is a massive shift for Sanofi, whose CEO once called mRNA technology’s potential impact on vaccine development “overblown.” Overblown, indeed. mRNA is not only effective for developing new vaccines — it can also be used to treat specific cancers, immune deficiencies and especially rare diseases.

Someone must’ve put together an mRNA PowerPoint filled with dollar signs for Paul Hudson to change his mind that quickly. And they aren’t wrong…

Moderna has surged more than 1,600% since the pandemic began in February last year. BioNTech shares are up nearly 900%. Drug giants across the industry are kicking themselves for not snapping up these companies earlier. In fact, I could see Pfizer (NYSE: PFE) making a play for BioNTech — its COVID-19 vaccine partner — eventually.

The Sanofi/Translate Bio buyout is just the beginning of a new consolidation trend in the pharmaceutical/biotech sector. mRNA is the new hotness … and if you thought that nine months was too fast to make a vaccine for COVID-19, just wait and see how fast mRNA treatments come out down the road once this technology becomes more mainstream.

Now, if you’re wondering who the next takeover target might be … my bet is on Inovio Pharmaceuticals (Nasdaq: INO).

The company has established and proven DNA and mRNA testing and development facilities. It has collaborated with AstraZeneca, ApolloBio, Beijing Advaccine Biotechnology and the Bill & Melinda Gates Foundation on everything from HIV to Ebola to COVID-19.

And Inovio’s market cap is only about $1.79 billion. That’s a steal considering Translate Bio just went for nearly double that.

Now, this is just, like, my opinion … man. But, if I were you, Great Ones, I’d keep a close eye on Inovio and other up-and-coming mRNA and DNA biotech companies. Translate Bio isn’t the first to be snapped up by Big Pharma, and it won’t be the last.

That said, if you want more actionable research on gene-editing companies … we’ve got you covered.

What you’re looking for is called “Imperium.” And according to experts, Imperium is set to go from virtually unknown … to having 2 billion users in the next four years, launching a stock market gravy train almost nobody sees coming. 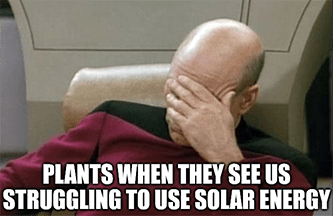 We are family — all my solar companies and me! Yes, I know that song is now stuck in your head. I have no regrets…

And neither does SolarEdge Technologies (Nasdaq: SEDG). SEDG surged more than 20% early this morning after the company posted better-than-expected quarterly results.

Amid all this hype about hydrogen power and electric vehicles, I think we kinda forgot about the broader energy market. But SolarEdge hasn’t — its solar power equipment business is rocking into the night. (Rockin’ into the night … oooh, rocking!)

SolarEdge also lifted its third-quarter revenue forecast to a range of $520 million to $540 million, catching analysts by surprise once again. So much so that Susquehanna Financial Analyst Biju Perincheril upgraded the stock from neutral to positive and boosted his price target from $89 to $120.

SolarEdge is also handling the supply chain constraints with the ease of a seasoned veteran. And, hello … what do we have here? A quote from CEO Zvi Lando: “We are successfully navigating through the challenging supply chain environment while continuing to support our customers’ growth and expansion with new and existing products.”

Clearly, you shouldn’t chase SEDG during this post-earnings rally. But the company’s strength is enough to put this one on your radar for a better entry point for a long position.

The Bad: Full Of Hot Corsair 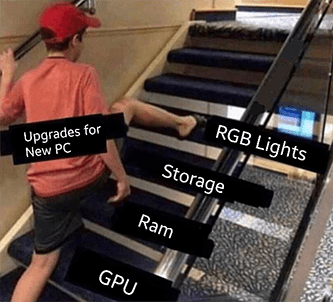 On the other side of the supply chain coin lies Corsair Gaming (Nasdaq: CRSR). The company makes everything from RAM sticks and power supplies to computer mice and rainbow RGB lighting out the wazoo.

Basically, if you want an LED-laden desktop kaleidoscope that also plays Counter-Strike … Corsair is your hookup. But when it comes to Corsair’s latest earnings, the company did not pass with flying colors.

The blame, as always, goes to supply logistic constraints … and analysts’ overzealous expectations.

Corsair’s growth was on fire … it just didn’t land where Wall Street expected. Revenue was up 24% year over year but still missed estimates by a $2.3 million hair. Earnings hit $0.36 per share, but Wall Street wanted $0.39 per share. So close, so far, so Corsair.

Guidance was Corsair’s only saving grace, and even then, there wasn’t much grace to save… Corsair expects full-year sales to land between $1.9 billion and $2.1 billion, and analysts are tied to the high end of that range at $2.07 billion.

So, what’s next for the purveyor of PC peripherals — other than greasing its supply chain wheels?

The vast masses of office workers (homebound or otherwise) are fine with their plain-Jane generic gray mouse from Logitech (Nasdaq: LOGI). No frills, no nothing. And that’s where Corsair’s reliance on gamer-oriented gear falls short … even though gaming mice are incredibly useful for office work.

Microsoft Word is no match for my 18 thumb-button macros!

Corsair’s ever-persisting problem has always been Logitech straddling the line between work and play.  Corsair doesn’t want to straddle the line — it’s all gaming, all the time. Which is fine … except during earnings season. It also doesn’t help that Logitech just beat earnings expectations across the board with stellar guidance…

The gaming market is monstrous and is only growing. But while there’s more than enough meat there for both Logitech and Corsair to eat, Wall Street wants Corsair to be Logitech when it’s just … not. CRSR sank about 7% today. 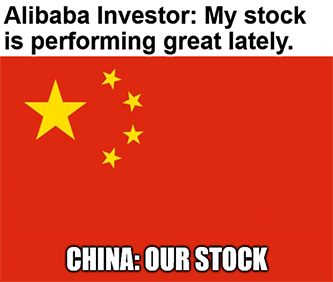 Once upon a time — way back in the olden times before COVID-19 was even a twinkle in China’s eye — I predicted that Alibaba Group (NYSE: BABA) would hit $250.

In fact, BABA hit an all-time high of $320 in November 2020. But BABA is now down more than 38% from those lofty heights, and I’m concerned it may be quite a while before it hits those highs again.

Growth is finally slowing for the Chinese e-commerce giant. Alibaba just reported third-quarter earnings of $2.57 per share on revenue of $31.87 billion. Despite revenue rising 34% year over year, it came up short of Wall Street’s target for $32.4 billion.

What’s more, instead of pouring more money into growth and expansion, Alibaba increased its stock buyback program from $10 billion to $15 billion. This isn’t a bad move, per se, but it isn’t something you expect from a growth company. Stock buybacks are very much a blue-chip value move.

That said, slowing growth isn’t necessarily a bad thing for Alibaba. The company had to grow up and play with the big boys at some point. But the point is, Alibaba is no longer a high-growth stock, and as such, it no longer deserves the growth multiples that Wall Street previously factored in.

Wall Street realized this today and sent BABA down more than 2%.

Now, slowing growth is one thing, but the real thorn in Alibaba’s side is, well, China…

China’s Tencent Holdings said on Tuesday it would further curb minors’ access to its flagship video game, hours after its shares were battered by a state media article that described online games as “spiritual opium.” — Reuters

These dang kids with their *shuffles cards* spiritual opium!

I’ve been a gamer for nearly forty years. I thought I had seen nearly every flimsy “video games bad!” argument that people could come up with. I was wrong. Yay, oh happy day. Here’s the lowdown:

China’s Economic Information Daily reports that online video games like Tencent’s “Honor of Kings” are too addictive for kids — and that companies need to reign in their alluring digital narcotics. Obviously.

Mind you: This is not China’s “official” news outlet, just a secondary site that’s affiliated with the Chinese Communist Party’s (CCP) official mouthpiece. But when it comes to spreading tech crackdown fears in China, calling video games “spiritual opium” might as well have come straight from Xi Jinping’s mouth. 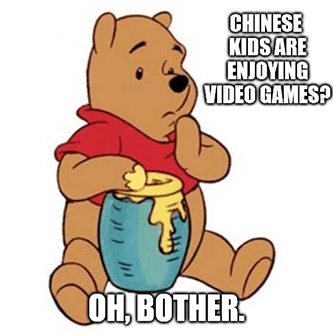 Nothing gets published in China without CCP approval. Nothing.

You down with the CCP? Yeah, you know me … comrade.

If you’ve followed literally any news source that’s not under CCP control, you know that China lives in perpetual terror of anything — particularly forms of communication — growing beyond their absolute control.

That extends to clamping down on video games like Tencent’s — anything that could capture a young, impressionable mind’s attention. Won’t you think of the children?!

Economic Information Daily quickly took down the article in question, removed any opium references and put it back online as if nothing ever happened. As if the Internet forgets … anything. Just ask Barbara Streisand, or Beyoncé … or even China’s Xi Jinping, for that matter. (Oh, bother.)

Unfortunately, the damage was already done, and Tencent dropped about 8% on the news despite the editorial “revision.”

That said, the China fears here run deeper — the CCP’s tech crackdown crawls closer every day. And it’s a good reminder to Wall Street that any investment in a Chinese company walks a razor-fine line with the CCP’s temperamental — and ever-changing — regulatory risk.

We’ve just seen one surprise after another from a country that’s staying tight-lipped about actual rule implementation until after its threats are public. And Wall Street really doesn’t like that uncertainty.

When it comes to China’s crackdowns, just like “Alice’s Restaurant” massacre, there wasn’t even no part untouched…

What do you think, Great Ones? Are you still investing in Chinese stocks? Which ones? (No judgment here, by the way — I seriously want to know your thoughts on the CCP’s crackdown.)

Let me know in the ol’ inbox-a-roo what you’re up to this week. GreatStuffToday@BanyanHill.com is where you can let your words fly like the wind and join in the Great Stuff. And in the meantime, here’s where else you can find us: 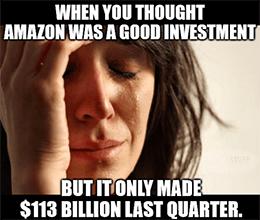 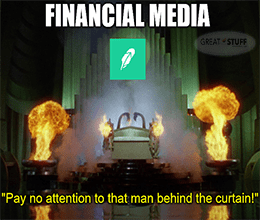