Not a day passes by where I don’t think about his advice.

It was given to me by Henry Meininger, one of my mentors when I just got to Wall Street.

I had just put out a shingle for my money management firm. And it wasn’t too long after we opened our doors that I realized I needed help.

I was looking to learn from anyone who had the patience to teach me the ropes of the advisory business.

I was referred to a marketing consultant who dressed impeccably and spoke English with a German accent: Henry, who had just turned 65 years old.

Henry’s life story was fascinating. He was born into a Jewish family in a little town in Hildesheim, Germany.

But in December 1939, when he was 14, his family was forced to send him to a foster family in the U.S. to get him out of Nazi Germany.

After graduating high school, Henry was drafted into the U.S. Army and shipped off to Europe in 1945.

When the war ended, Henry went looking for his parents. On a tip from an old neighbor, he was directed to the Theresienstadt concentration camp. It was there he found both his parents … alive.

One day in my office, over a cup of tea, I asked Henry if he could give me only one piece of advice, what would it be?

Cutting Through the BS

Henry said: “Figure out how to discern BS from reality quickly, and you’ll be one step ahead of everyone else.”

Over the past 40 years, Henry’s advice has kept me one step ahead. I especially call upon it when researching companies.

There are always media headlines, forecaster “predictions” and Wall Street noise out there. If you listen to them, it’s easy to waste your time over BS.

That’s why I make it a huge point to stick to the facts when it comes to my approach to stocks. By focusing on what a company is doing and where it’s headed, I can filter out all the other stuff.

Subscribers to my Lifetime Profits service know this very well.

I always tell them how Wall Street hates complexity. Analysts don’t want to roll up their sleeves, go through the numbers, see who’s running the company, look at boardroom shakeups and all that…

It’s much easier for them to press a computer button and run a screen of all the stocks selling below a certain price with momentum. And they dress up their analysis with a lot of BS that doesn’t mean a hoot.

This means Wall Street often overlooks some of the best opportunities in the market. These are special situations that take too much time and effort for analysts to research.

But their loss is our gain in Lifetime Profits, which is specifically focused on special-situation stocks.

And now, you have an opportunity to cut through the BS and benefit from these stocks, too…

What You Can Do Today

It’s a small-cap company with hidden assets that’s not followed widely by analysts. And it’s run by a founder/CEO who’s a rock star at creating shareholder value.

As a small cap, analysts have decided it’s not worth their time. So, if you listen to the BS from Wall Street or the financial media, you would easily pass over this company right now. But I know where to look and how to cut through the noise.

And you don’t want to miss out on the profits this company could hand you. That’s why I want to make sure you have the opportunity to join my Lifetime Profits readers in being able to take advantage of it.

Find out how you could gain access to tomorrow’s recommendation right here. 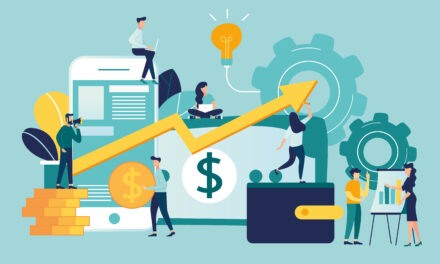 Don’t Wait for Dow 100K — Get the Next $Trillion Stock