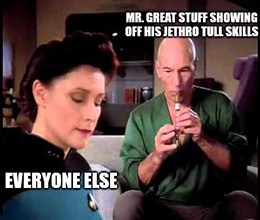 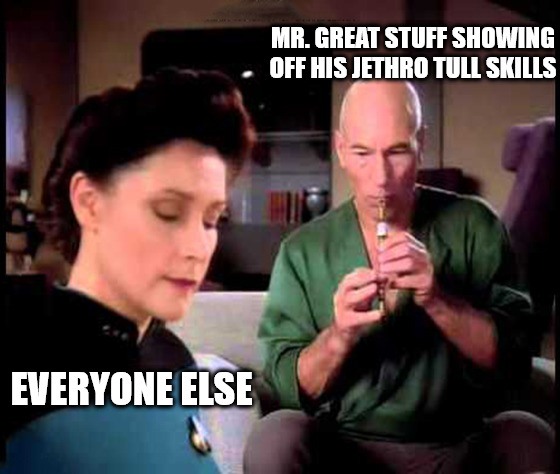 Friday Four Play: The “For Whom the Bell Tulls” Edition

In the shuffling madness of the stock market’s breath runs the all-time speculator headlong to his death.

We can feel the bear claws scraping, returns breaking on our brows. But Jerome Powell stole the handle … and pain, it won’t stop going. No way to slow down.

Yes, dear reader, the market skated away on the thin ice of a new day. President Trump and the First Lady were both diagnosed with COVID-19, and the U.S. economy added fewer-than-expected jobs in September.

The latter undermines Wall Street’s rosy economic recovery narrative, while the former breeds uncertainty. And the headlines … woah, the headlines:

Upheaval and chaos? Seriously, CNN? This is why nobody likes you — on either side of the aisle.

Certainly, Wall Street had a moment today, though it was far from “upheaval” and “chaos.” Stocks were awash in red with the uncertainty surrounding the president’s diagnosis weighing heavily on risk-related assets and growth stocks.

I believe this news alone had more impact than the U.S.’s slowing jobs growth. And we owe that sliver of market stability to Federal Reserve Chairman Jerome Powell.

Sans Powell’s “unlimited stimulus,” who knows how bearishly the market would have reacted today…

Now, I keep ragging on Powell, but quite a few investors would be a poor man, a beggar man, a thief if we didn’t have this rich man in our hands. Still, that’s little consolation for Main Street. I wouldn’t be surprised if many Main Streeters aren’t already sitting on a park bench, eyeing stock returns with bad intent.

This much is clear after the past week’s deluge of weak economic data: Main Street needs help. Powell and Treasury Secretary Steven Mnuchin have both pushed for Congress to do more. For its part, the House just passed a $2.2 trillion recovery package, but it did so knowing that there’s little hope of it passing in the Senate. More of the same, I guess… (Insert flute solo here?)

If you’re following Great Stuff’s advice, your portfolio probably feels about as thick as a brick right now with all the gold, Treasurys and safe haven holdings. But there are ways to make money while you batten down the hatches and open Gideon’s Bible to page one.

For instance, Mike Carr — our resident rocket surgeon and volatility specialist — just notched his seventh straight win in One Trade. One ticker symbol, once a week — that’s all you need to target a 100% gain or more (in just two days on average, at that).

Click here to see how … and stop skating away! 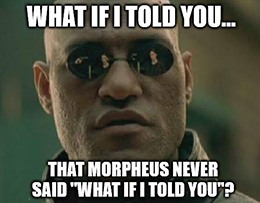 Did you know that Morpheus never actually said: “What if I told you…” in The Matrix? That always bothered me about this meme.

Anyway, if we brought up Morpheus and The Matrix, it must be time for Nio Inc. (NYSE: NIO). We have a slew of electric vehicle (EV) delivery data today, and Nio is “the one” leading the pack.

The Chinese EV maker saw September deliveries skyrocket 133.2% year over year to 4,708 units. For the quarter, Nio delivered 12,206 EVs, up 154.3% from the prior year. The figure blew past both Wall Street’s and Nio’s own delivery expectations.

In a market where Tesla’s Battery Day fell flat and Nikola is still looking for a sugar daddy, Nio is dodging bullets like it really is the chosen one.

If you want Great Stuff’s take on NIO as an investment, here it is: We like the company and the stock’s potential. However, like many speculative plays right now in this volatile market, the risk is just a tad too high.

If you don’t already own NIO, add it to your list of stocks to buy once market volatility has settled down (or we have another major correction). You’ll be glad you did.

No. 2: Tesla Tools Around 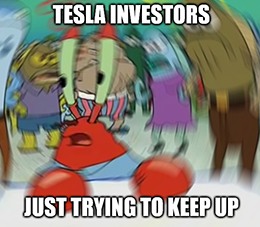 Some things are simply eternal.

Tesla never quite living up to Tesla bulls’ expectations…

We’re back to back on the deliveries front today, as the electric emperor offered up its own third-quarter production stats.

The company delivered 139,300 vehicles last quarter, 89% of which were Model 3 and Model Y. No watered-down pandemic figures here either: Deliveries surged 43% year over year. What’d you think Elon’s “Open ‘er up!” Twitter fits were all about anyway?

Recently, Tesla bulls played hacky sack with their delivery estimates, bouncing from 130,000 to 143,000 vehicles. But it’s too late. The masses have spoken. It’s not enough — I need more! Nothing seems to satisfy.

See, even when Tesla delivers, it doesn’t, and TSLA plunged 6% deeper within the borderline.

That’s it? That’s all the Tesla news?

For now, at least, until its third-quarter earnings come out. Then we get the real meat of the matter —what it took for the company to keep its record breaking rolling on. Consider this just a Tesla teaser — for better or worse.

Though, if you’re tired of temptation and just want to sink your teeth into the EV market’s guts and glory, you don’t have to wait for the Muskman to cometh. See how one “super battery” company is on track to dominate new energy — right here.

No. 3: Speaking of Sugar Daddies… 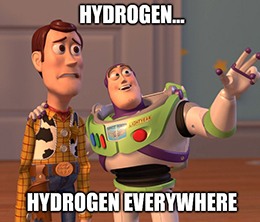 Remember how analysts and investors were concerned that GM would just bail on Nikola altogether? Yeah, that ain’t happening. GM is too far in at this point, and the $11 trillion hydrogen market is just too tempting.

Originally, GM agreed to acquire an 11% stake in Nikola as part of an all-stock-and-consideration deal last month. That consideration? To manufacture Nikola’s hydrogen-powered Badger pickup.

However, NKLA plummeted in value following the Hindenburg disaster, leaving GM with less valuation in hand.

Analysts believe that GM could pursue two routes: Push for more equity in Nikola than the planned 11% or ask for NKLA warrants to guarantee a greater level of ownership in the company if Nikola raises more cash.

Either way, GM still appears to be moving full steam ahead in this partnership — Hindenburg and former CEO Trevor Milton be damned.

No. 4: This One’s Optimistic 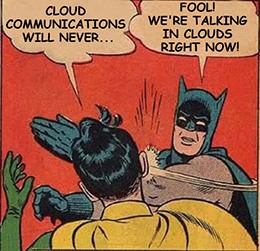 Like sunshine in a bag, Twilio Inc.’s (NYSE: TWLO) feeling glad this week, lookin’ positive at this future that’s comin’ on.

When it comes to cloud-communication stocks, Twilio’s the essence — the basics. Like a panoramic view, Twilio makes it all manageable … if you’re a software developer, at least.

The cloud master connects old-school telecoms and phone systems with the rest of the internet-based world … kind of like helping my father-in-law avoid fake email in Gmail. (Which I totally love doing! Keep scrolling, Bob.)

Yesterday, Twilio announced that it now expects more revenue in the third quarter than the $401 million to $406 million range it originally anticipated back in August. The company also announced that it “expects at least 30% organic annual revenue growth in each of the next four years.”

But how far can a rosy outlook get you? You want a stock rally? You want a new all-time high? Live in a big mansion? Party in France?

Yes, actually. TWLO is livin’ fancy after a 14% surge over the past two days. But don’t stop now, just be the champion. Now get to work, Twilio!

Great Stuff: Gorillaz in the Mist 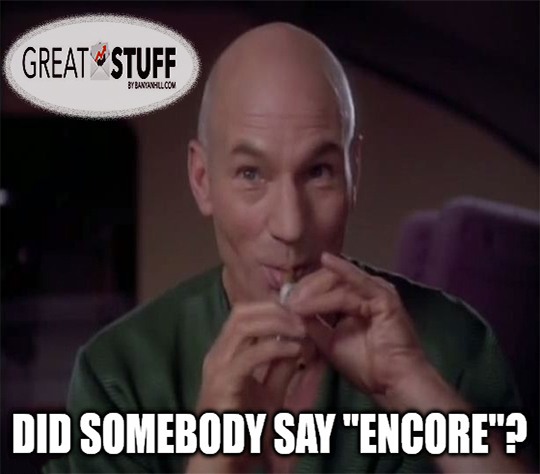 I don’t know about you, but this week had me shellshocked. Just nonstop news coverage, night and day. It’s like every single day we have to talk about that dang fella now … and I probably missed a few of his meme-worthy Tweets just writing this.

But don’t worry: We’ll probably talk about Elon Musk again next week too.

I hope to (virtually) see you then! While you wind down from the week, why not drop us a line at GreatStuffToday@BanyanHill.com?

Stock questions, underrated stories, irksome news and wholesome reviews — you name it, we’d read it. And you may just see your email in next week’s issue of Reader Feedback! 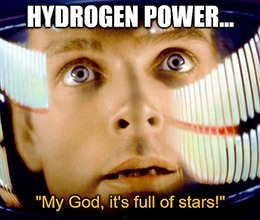 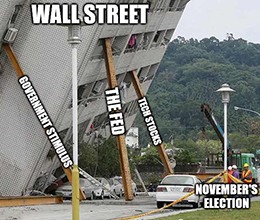