Home » American Investor Today » Palladium: More Precious Than Gold Today — but the End Is Near 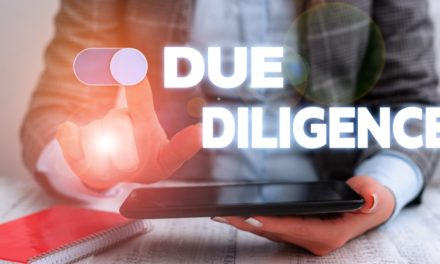 While gold gets all the attention today, there is another metal in a ferocious bull market: palladium.

The silvery metal is now worth over $1,800 per ounce. That’s 19% higher than gold’s per-ounce price.

I first wrote about this two years ago when the palladium price became higher than platinum.

If you bought the two stock recommendations, you are now up 53% and 82%. Not too shabby.

And while the bull market is still in place, as you can see on the chart below, it may be time to take profits. 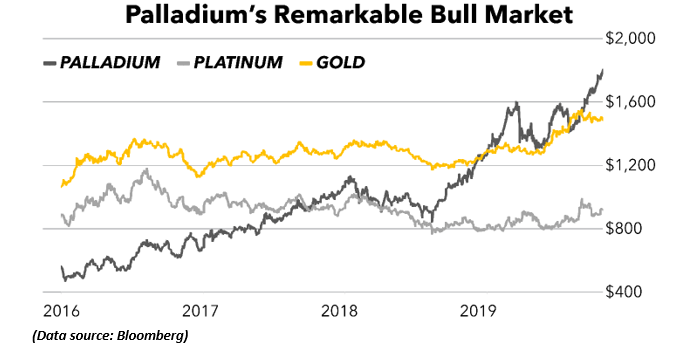 Palladium’s Rally Is Taking a Downturn

The palladium rally began with China’s demand for cleaner cars. That increased as the diesel exhaust cheating scandal broke out.

When tested, the cars’ motors ran lightly, reducing emissions. However, when on the road, they ran normally, producing normal emissions.

German authorities charged six Volkswagen executives with fraud. It cost the company more than $30 billion in car recalls and fines.

This matters because platinum is used primarily in diesel cars, but palladium is in gasoline cars.

And the higher demand for gasoline-powered cars increased the need for palladium to the point where there isn’t enough to meet demand.

That’s why the price soared.

Palladium has been in deficit for the past seven years and we are forecasting a deficit in 2020 and 2021. The market is structurally undersupplied. It is a testament to how tight the market is — despite growth on the supply side and slowing on demand side, there is still an underlying appetite to buy palladium.

This means that palladium’s rally should continue. However, there are other factors that could cut into palladium’s market.

Today, palladium’s rally looks strong. But there is a potential problem: cheap platinum.

Of the three precious metals on the chart above — gold, platinum and palladium — only platinum is closer to its four-year low price than its high.

And platinum has all the same benefits as palladium … for half the price. That means we could begin to see substitution for palladium.

That’s a normal occurrence with industrial metals. Palladium’s been a substitute for more expensive platinum in the past.

Slowing demand for gasoline-powered cars, a prohibitively high cost and an available substitute in platinum could derail palladium in 2020.

Keep an eye on your palladium stocks. Tighten your stops and don’t be afraid to take profits if this trend does turn down. Your commodity portfolio will thank you.

P.S. In my Real Wealth Strategist newsletter, our focus is on three investment goals: cyclical natural resources, cannabis and income. We’ve profited from all three, locking in gains of 112%, 149%, 64% and 99%. Click here to learn more! 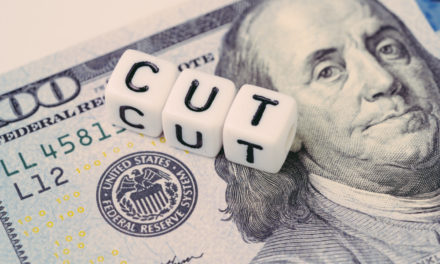