Options Arena: Put These Stocks on Your Hit List 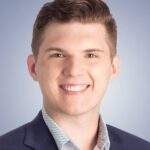 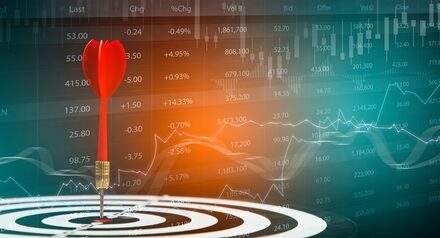 The S&P 500 is down about 17% from the highs. The Nasdaq 100 has lost a quarter of its value.And that’s about as pretty as the picture gets. Tons of mainstay tech names are down magnitudes more. Tesla, -37%. Facebook, -49%. Netlix, -74%.There’s no denying it, this looks a lot like a bear market. You might think we hit bottom on Friday, or that we’re in for another year of pain.But if you’re a trader, your biases should lie in the bearish camp right now.It’s too late to short the top — not that shorting the top is something 99.9% of investors are even remotely capable of.But plenty of sectors are still vulnerable…So I asked our True Options Masters this week…If you had to go all-in on one Big Short, to rival Michael Burry’s famous bet against the U.S. stock market in 2007, what would you choose?As we’ve come to expect, we got a great spread of ideas from the crew.So if you’re sitting comfy with a bearish bias, put these names on your hit list. They might just make the pain of the last 6 months feel like a distant memory…

This Trade Will Look Obvious in Hindsight

The great shorts all traded a story. We have Soros breaking the Bank of England when he saw that the country couldn’t maintain the status quo. The Big Short in the housing crisis was a bet that subprime mortgages were being given to poor credit risks.In hindsight, these trades were obvious. And I see a similar story unfolding today…It’s Taiwan, which faces economic and security challenges.The country’s National Development Council uses a five-color rating system to describe the economy. That indicator shows the economy is slowing. Officials note that the Ukrainian war and lockdowns in China will affect growth.At the same time, Taiwan’s security is threatened by China. U.S. officials believe China is actively attempting to build a military capable of taking over Taiwan. This means policymakers will need to increase defense spending, which won’t contribute to economic growth as much as some alternatives could.That’s the macro story. The trade is puts on iShares MSCI Taiwan ETF (EWT). January 2024 $55 puts are about $6. A reasonable price target for EWT is $44. 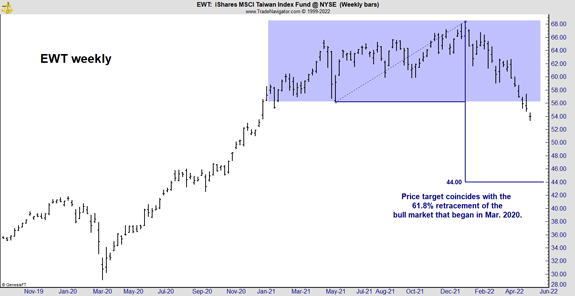 It’s likely the ETF will overshoot to the downside. But at $44, the puts will be worth at least $11, and more if the decline occurs quickly. That’s a potential gain of 83% on a story that will look obvious in hindsight.

Amber: This Industry Is Primed to Fall 50%

There are a lot of great short opportunities right now. My favorite is transportation companies. These are companies that adapted to operating in a high-cost environment. The problem is their current operating environment can’t last.Economists like to say the cure for high prices is high prices. High prices will force changes in consumer behavior. This will lead to less demand for high-priced items, and prices will fall.We’re already seeing this as families cut back and focus on necessities. The latest CPI data shows that the pace of inflation started to slow this month.While consumers can change, companies can’t always cut back. Trucking companies are forced to pay higher wages, even if the labor shortage eases. When price growth slows, wages are sticky and will remain elevated. That will squeeze profit margins.Profit margins are also under pressure from regulations. Environmental rules benefit all of us, but someone has to pay. Truckers, railroads, and shippers are among the companies that bear high costs for regulations. They often pay with borrowed money. As interest rates rise, this also hurts profits.All these pressures point to a 50% decline for the industry. It’s already under way, but more downside lies ahead. Puts on SPDR S&P Transportation ETF (XTN) are a way to profit from that. There are only a few months of options trading. October puts have the longest time to expiration. The $76 put is expensive, because other traders agree with me that this sector is set to crumble.It will take a 9% decline to deliver a gain, but we’re likely to see a loss of at least twice that size. These puts should more than double before they expire.

Chad: Double Your Money With This Bearish Crypto Spread

This is a tough one, but it’s got to come down to cryptos for me.I’d bet on bitcoin and Ethereum falling another 50% from their current prices. That’d bring their drop to 70% to 80% with this pullback.As far any crypto outside of bitcoin and Ethereum, I’m betting those will fall to zero.I think the only way to play this is with ProShares Bitcoin Strategy ETF (BITO). I’d look for it to fall under $8 over the next year or so.But I don’t like shorting. And since option premiums are so high, I’d look at a bearish spread with puts or calls. This could double your money if BITO falls under just $13 by January 2024.

Chris: These Household Names Are the Next Victims

Our Managing Editor, Mike Merson, sent us this prompt on Tuesday, and acknowledged his asking of it probably marked the end of the sell-off.I’m writing this on Friday, and the Nasdaq is up 3% today.I’m going to trade up for the next two weeks then look for momentum to start turning. Then, I’m going to bank on another sell-off.Fundamentally, I don’t see any reason for the market to keep going higher. That excites me. Because other investors are EXTREMELY emotional right now. So they panic sell … and then panic buy.We can see how ferocious that makes price action. And it proves something: you can make a lot more money in a bear market rally than you can a bull one.(A bear market rally is simply a large bullish move within a longer-term bear market.)I think the next victims will be the market leaders that showed us a tell on Wednesday when they closed lower. These are: Microsoft, Apple, Tesla, and bitcoin.All four breeched new lows at Wednesday’s close before the market turned up on Thursday. New lows are bearish. And the market knows it. In the next sell-off, these go way lower.

Shameless plug: Mike Carr is going to be showing you an amazing way to profit from bear market rallies later this month. It’s called the “Greed Gauge.” It’s like the VIX but better. Way better. Stay tuned.

We hope this got the creative juices flowing for you…Because even in a bear market, there are opportunities to profit. You just have to find the right trades — or let our Masters find them for you!Have a wonderful rest of your weekend, and keep your eye out for a special edition of Big Money Monday tomorrow morning… 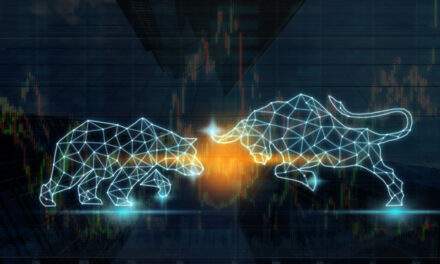 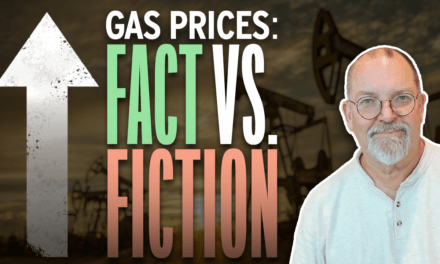