The Big Change in Oil That No One Is Talking About

Most people never give a second thought to the shipping industry. But there is a change coming soon that will have a ripple effect onto every market in the world.

This shift will be the most dramatic in over 100 years, maybe even more so than when ships switched from coal to oil.

The International Maritime Organization (IMO) is the United Nations agency that regulates shipping. It announced plans to limit the sulfur concentration of ship fuel from 3.5% to 0.5%.

On the surface this does not sound too big. Perhaps that’s why this story isn’t attracting the attention it deserves. But the effects of this shift will hit everything from gasoline prices to health insurance costs.

Ships run on a type of fuel known as bunker fuel, or fuel oil. It is one of the lowest grades of refined oil. It is a thick, heavy fuel with high concentrations of sulfur, up to 3.5%.

Bunker fuel is one of the main contributors of sulfur pollution. The sulfur released is harmful to human health. It also contributes to acid rain and air pollution.

The new sanctions could mean cleaner air the world over, but they will have knock-on effects in almost every industry.

The most immediate impact will be on refiners. The new low-sulfur fuel, known as gasoil, needs more refining and different grades of oil.

The graph below shows the dramatic shift from fuel oil to gasoil set to take place: 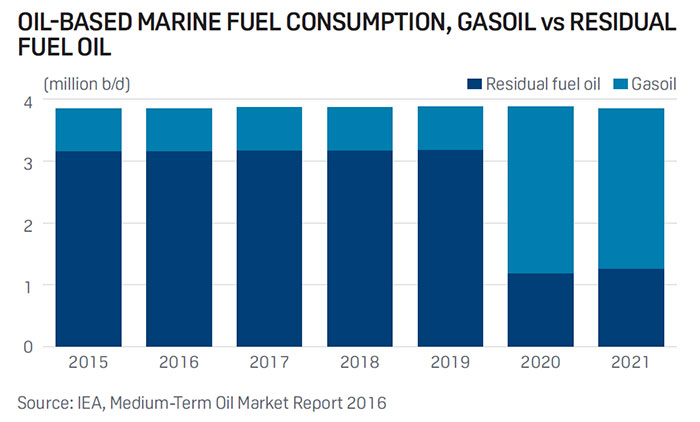 Older refiners will fall on hard times, while modern refineries may see a boom in profits.

Gasoil is lighter than bunker fuel and will compete for the same grades of oil used for gasoline. The price of light sweet oil is likely to increase along with gasoline prices.

Heavy sour crude will trade at a discount compared to its historic premium over other grades.

Increased oil and refining costs will mean shippers must pay more than ever for fuel. The Organization of Economic Co-operation and Development estimates that cargo ships alone will spend an additional $5 billion to $30 billion a year in fuel.

This cost is too high for the shipping industry to absorb. Costs will move downstream, with consumers getting stuck with the bill.

This change isn’t slated to take effect until 2020. That gives the markets time to prepare and adjust.

At Real Wealth Strategist, we are following this story closely. When the time is right, subscribers will get our best picks to profit from this monumental change. 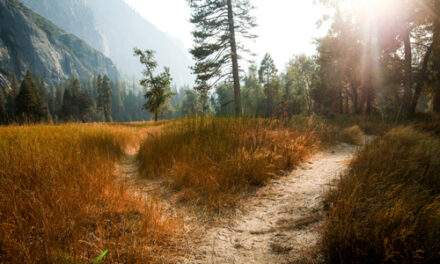