The Oil Service Sector Is Set for a Huge Rebound 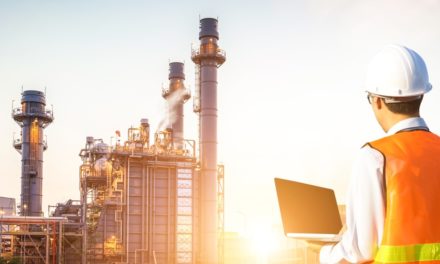 The fat-tire plane descended toward a grass runway. The noise was so loud inside, even my industrial ear protection couldn’t keep it out. I had snagged a seat near the back of the plane, where I could look out the window.

Jungle stretched as far as I could see, broken only by the sweep of a dark river.

This one was setting a mark recognized by the Guinness World Records.

The well site was a hive of activity. It reminded me of nearly every major well I’d visited in the U.S. The major companies that service wells in the States work all over the world, so I saw the same companies in Papua New Guinea.

But we were far from home … far from everything. It took an hour by airplane from the capital city of Port Moresby, and then another 20 minutes by helicopter from the grass-strip airfield, to reach the well. We were so far out in the jungle that a little thrill of fear swept up my spine.

There is no walking home from this if anything goes wrong, I thought.

The Recent Run-Up in Oil Left Out Service Providers

I found this again when I visited Iraq a few years later. If you want the best service, you call the big service companies.

These are the companies that are indispensable to the world’s oil industry … and they are priced as if the world will cut oil demand.

Oil prices aren’t cheap today. They bottomed in December 2018 around $44.50 per barrel. They rallied into April to peak just over $66 per barrel. That’s a nearly 50% gain.

Oil prices slid lower recently. But there are “big-picture” concerns for the industry. Tanker sabotage in the Middle East, escalating tensions between Iran and Saudi Arabia, and U.S. sanctions on Venezuela and Iran all point to supply reduction.

The oil industry should be ramping up. That’s why it’s shocking that the big service companies are hitting multiyear lows.

Oil service stocks are at their lowest prices since 2003. To put that in perspective, we like to use price-to-book value. That’s a measure that shows the premium or discount of the company’s market value to the price of replacing all of its physical equipment.

Big oil service companies tend to put a lot of capital into physical equipment like drill rigs, cable, tools, et cetera. When the market hates the companies, they will trade at or near replacement cost. That’s where we are today.

That’s way too cheap. And as we always say, every bear market plants the seeds for a bull market to follow. This looks like an opportunity…

Paal Kibsgaard, CEO of major oil service company Schlumberger, agrees. His company’s shares are now as cheap as they were in 2009.

He summed up the situation in a presentation in March. A major reason shares are down, he explained, is global oil investment. Since 2014, it fell 40%.

In the past five years, the price of oil fell from over $100 per barrel to a low of $30 per barrel in 2016. But even the recovery in oil prices hasn’t spurred major investments. The price per barrel now sits around $60.

The international oil industry (outside of the Middle East and Russia) spent the last four years focused on the wrong thing. In his opinion, there was massive underinvestment.

Underinvestment Is Creating the Opportunity for a Huge Windfall

Oil doesn’t just flow out of the ground. It requires a lot of care and maintenance. That costs money. So, “underinvestment” means companies either didn’t spend the money to keep the spigots open, or they didn’t look for new oil wells.

Either way, that leads to less supply. And we can’t expect the U.S. shale supply to keep going up. There’s only so much we can produce and move. The peak is near.

That means the world is going to need these giant oil service companies again soon. When that happens, investors who had the foresight to own service stocks will make a killing.

We’re not quite there yet, but this is a sector we’re keeping a close eye on in my Real Wealth Strategist newsletter. I’ll send my readers an instant alert when it’s time to buy my top oil service stock. 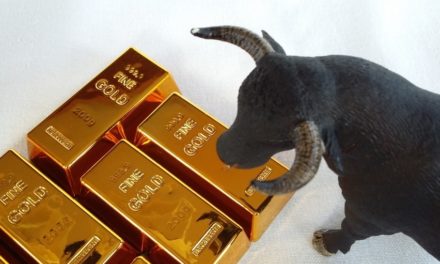