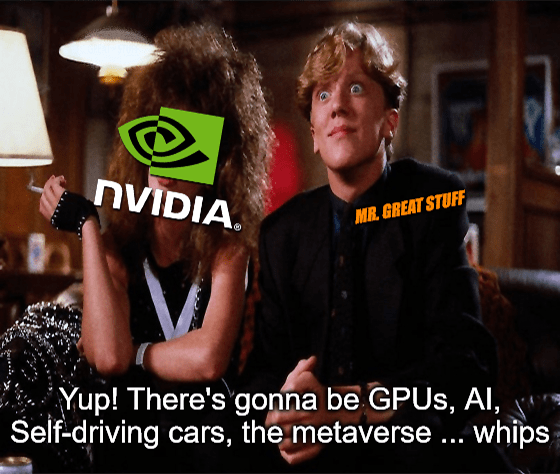 From my heart and from my hand, why don’t investors understand Nvidia (Nasdaq: NVDA)?

Is that … is that “Weird Science”? Really?

Weird, I know. You got something against Oingo Boingo, Great Ones?

Also, Weird Science (the movie) is how all of us … erm, middle school boys? … hoped, no, prayed that AI would turn out in the future. None of us wanted the Superman III version of AI that we talked about last week, that’s for sure.

Because Nvidia just pulled an Ally Sheedy from The Breakfast Club — i.e., it walked into the GPU Technology Conference yesterday and dumped its technology purse all over the podium.

The sheer amount of news was more than a little staggering, and I can’t cover all of it here. If you want Nvidia’s full Monty, click here.

Eeew! Nobody wants that.

So here’s a quick rundown of all the things Nvidia announced at the conference yesterday:

Wow! What a product listing!

In addition to all of that, Nvidia also announced that Lowe’s (NYSE: LOW) is making 600 photorealistic 3D product files available to Omniverse for free — you know, so you can DIY your virtual digs. Also, Nvidia said that Germany’s Deutsche Bahn rail network is using Omniverse to develop future railway systems.

I mean, if you know a company with its fingers in more markets than Nvidia, I’d really like to know.

Nvidia: The Elephant In The Room

All that said, let’s address the elephant in the room: NVDA stock is down big this year. All technology stocks are. The broad market decline doesn’t bother me all that much about holding NVDA stock. This is the market correcting itself, and NVDA stock will recover in spades.

What worries me about Nvidia is the crypto market.

Nvidia’s graphics processors are a mainstay for crypto miners. But those miners aren’t buying right now because crypto is tanking. This is such a minor part of Nvidia’s long-term strategy that I’m inclined to ignore fluctuations in crypto mining purchases.

Unfortunately, crypto miners are still a considerable part of Nvidia’s revenue. And therein lies the rub. We’re looking at several quarters of uncertainty for Nvidia, given the crypto situation, declining PC sales and overall macroeconomic hell.

Once all this nonsense clears, however, Nvidia is poised to rocket higher.

So if you’re already holding NVDA stock — and if you’ve been a good little Great One, you are — keep holding NVDA stock. If you don’t own NVDA yet … you might want to wait a bit and pick an entry price point that fits your investment strategy and risk tolerance.

You could buy now if you have the stomach for broad market ups and downs, or you could wait and see if you can get a much better price. But I can’t make that decision for you, Great Ones.

Whatever you do, NVDA is one of the most future-proof investments on the market. You need to get in there one way or another.

That said, if tech stocks are giving you the willies right now, and you’re looking for something a lil’ bit more conservative … we’ve got you covered there too.

Let my colleague Charles Sizemore show you how you can conquer this market volatility with five of his favorite high-yielding dividend stocks.

He’ll send you the entire list for FREE! And I mean it … no strings attached. Plus, Charles will also send you his brand-new book, Income Forever.

Click here to get all the details now … before this free offer expires! 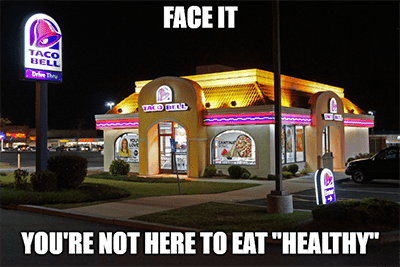 Oh, and did I say “steak”? I meant “fake semi-steak” … considering Taco Bell is partnering up with Beyond Meat (Nasdaq: BYND) to bring this cursed creation into existence. The duo plan to use “vital wheat gluten and faba bean protein” to “replicate” the taste and texture of real carne asada.

I wonder if they’ll serve a nice chianti with their faba bean protein? Never mind…

Now, I don’t know about you, but knowing Beyond Meat … “replicate” is a rather grandiose term to describe whatever the meatless wunderkind is about to dish out.

You know how we mentioned Beyond’s other ventures with Yum Brands — faux sausage pizza at Pizza Hut, etc. — and then never mentioned them again? Yeah. I have a feeling this carne asada a-saga is gonna follow suit.

But then again … it’s Taco Bell. Are you really gonna notice?

Hey, at least Beyond Meat has some other news to cover up yesterday’s … umm … “nose incident.” 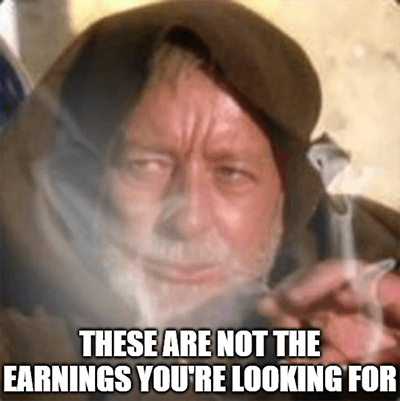 …is one way to describe cannabis company Aurora’s (NYSE: ACB) latest earnings report. I personally would say that Aurora is making the most of what it can in a convoluted, discombobulated cannabis market, but that’s just me.

On the surface, consumers’ cannabis demand waned last quarter (well … at least the consumption that Aurora knows about). The company’s revenue fell from C$54.8 million last quarter to C$50.2 million this quarter. Medical revenue was up 4%, but consumer cannabis revenue was down 35%.

Earnings though … oof. Aurora took a C$505.1 impairment charge “related to the write-down of goodwill, intangible assets and property, plant and equipment” this quarter, meaning its losses widened to a whole C$618.8 million.

This doesn’t mean all is lost for ACB investors, however: Cantor Fitzgerald still maintains its Overweight rating on the stock, despite lowering its price target to just $3. Analyst Pablo Zuanic stated:

Aurora is arguably among the best positioned companies (of only a handful) to benefit as Germany grows its medical market and legalizes rec, and as other European markets also follow.

You know how U.S. cannabis companies are in a holding pattern waiting for Federal legalization? How products can’t cross state lines, leading to in-state monopolies and the need for vertical integration that only ends up hurting the consumer?

Yeah … that’s what Aurora’s dealing with, but on an international scale. Aurora is in a good spot, but the industry itself is a mess. Once those markets fully open up, phew, boy, it’s game on for Aurora and its fellow cannabis companies.

Are You For Cereal Right Now? 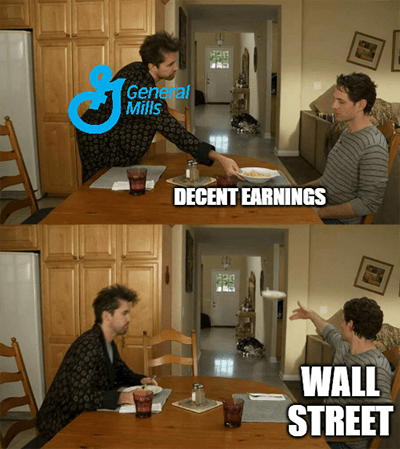 The maker of everything from Chex Mix to Betty Crocker mixes just reported earnings that spat in the face of negative consumer confidence — patooey! — as people snack and munch more than ever. (You can thank Aurora for that probably.)

Earnings per share reached $1.11 and beat analysts’ estimates of $1 with room to spare. Revenue “only” grew 3.9% to $4.72 billion — that’s a lot of Häagen-Dazs ice cream, by the way — and matched Wall Street’s own sales expectations.

Better yet, North American sales grew 21% and helped offset the effects of international sales sinking 30%. You know … because of the whole tense geopolitical situation that’s affecting the global food supply? It’s almost like I told you things would get worse internationally but stay relatively even-keeled stateside. Huh.

A StitchFix In Time 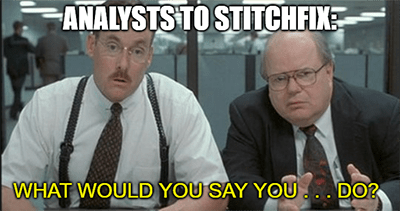 Saves nobody, apparently … and especially not StitchFix (Nasdaq: SFIX) investors.

For a company that offers unique wardrobe advice — like, as its entire business — StitchFix’s business model sure “does not fit,” according to analysts.

The proof is in the earnings pudding: StitchFix’s earnings came in at a loss of $0.89 per share, much wider than the $0.63 per share that analysts wanted. Revenue was also shoddy at $481.9 million, missing the company’s own guidance for $488.7 million.

You can imagine how unimpressed analysts were by the same ol’ “macroeconomic pressures” excuse. In fact, here are a few comments from the Wall Street peanut gallery:

We believe that much of SFIX’s issues are tied to a smaller than expected subscription [total addressable market], competitive pressures, as well as execution issues. — Piper Sandler Analyst Edward Yruma.

You catch all that? Basically, your business model is bad, and you should feel bad.

For whatever reason — seriously, make up your own explanations at home — SFIX stock was up over 8% today. 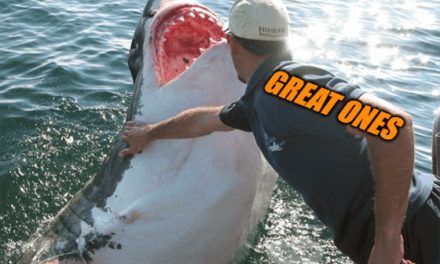 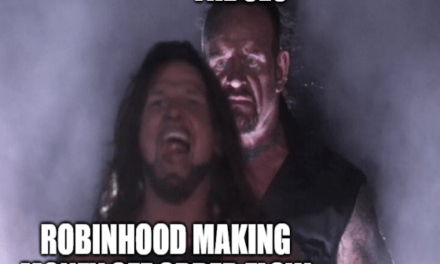