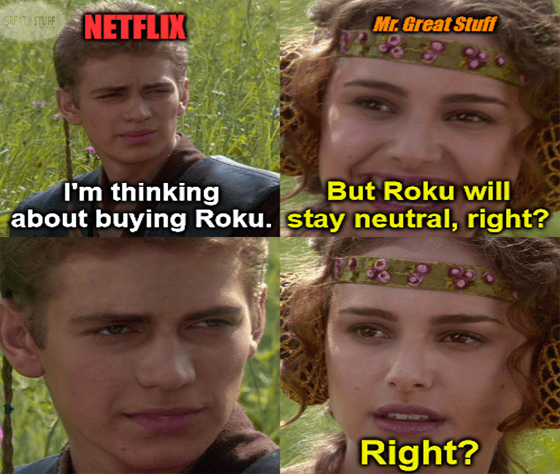 According to a Business Insider report, Netflix (Nasdaq: NFLX) might possibly have offered a potential takeover bid for Roku.

It’s one of those “My best friend’s sister’s boyfriend’s brother’s girlfriend heard from this guy who knows this kid who’s going out with a girl who saw Netflix offer to buy Roku at 31 Flavors last night. I guess it’s pretty serious” kind of things.

Business Insider, citing the infamous “people familiar with the matter,” says that Roku recently “closed the window” for employees to sell their vested interests in the company. Furthermore, the report says that Roku insiders are focusing on a potential Netflix takeover bid.

Again, I’d like to stress that this deal isn’t set in stone. Heck, it hasn’t even been officially announced or acknowledged by either Netflix or Roku. But we all know how Wall Street loves speculation.

So let’s stop. Speculate and listen. Mr. Great Stuff’s back with a brand new discussion.

Now, I know that I’ve hammered on Netflix for the last several months … ragging on the company for its crackdown on password sharing and shifting ads-in-content policies.

I’ve also hit Netflix over the head for reaching market saturation — a major detractor for a company in a growth industry.

Basically, Netflix has practically no room for growth in the U.S. and several other countries, since practically everyone who wants a Netflix subscription already has one. In the old cable TV model, this was called “subscriber churn.”

In order to keep growing, Netflix needs to figure out another way to earn money and add subscribers who don’t like the subscription model. But building all that new infrastructure out is costly … and Netflix already spends, like, $33 billion a year on content.

This is where Roku comes in.

As some of you may already know, Roku was founded by CEO Anthony Wood back in 2002. In 2007, Netflix co-CEO Reed Hastings named Wood Netflix Vice President, and Wood tried to convince Netflix to use Roku as its official streaming player.

Netflix declined. So Wood went on to leverage Netflix on Roku to build the most dominate streaming device on the market.

Essentially, without Netflix, Roku wouldn’t have taken off as big as it did … and I’d argue that the reverse is true as well.

Netflix needed Roku in the early days when everyone received their movies by mail in little red envelopes. But that need dropped off significantly when Netflix took off like a shot in a streaming market basically devoid of competition.

Now, Netflix is once again in dire need of exactly what Roku has to offer. Not only is Roku the market leader in streaming devices, it’s also an advertising juggernaut that launched its own ad-supported streaming service: The Roku Channel.

Meanwhile, Roku doesn’t necessarily need Netflix right now … it has a multitude of streaming services by other companies already on the Roku platform.

However, Roku will probably eventually want to build out its own paid streaming service. And while that will be easier for Roku to pull off than it would be for Netflix to move into advertising and an ad-supported streaming service, it won’t be cheap — especially when you consider that all streaming services now depend heavily on original content. 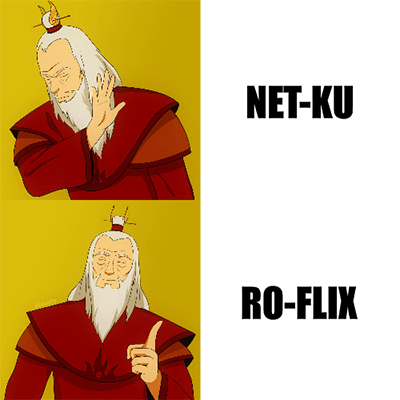 Roku doesn’t have $33 billion a year to spend on new, riveting content specifically for the Roku platform … the same as Netflix doesn’t have billions to set up ad services. The two actually complement each other really well. The “potential maybe” deal appears to be good for both companies.

I have a feeling that if the “people familiar with the matter” are correct, this deal is all but done. All that’s left to haggle over is Roku’s price tag. And that’s gonna be a big deal for Netflix.

I can’t see Netflix shelling out cash or taking on more debt. It’s already spending tens of billions on content. What I see happening is an all-stock deal for Roku. Assuming the price is right, this deal will likely be announced within the next month or so.

My only hang-up regarding a Netflix/Roku tie-up is Roku’s agnosticism. In other words, if Netflix buys Roku, how does that affect Prime TV, YouTube TV, Apple TV, Paramount+, HBO Max and all the other streaming services already on Roku?

We’ve already seen Roku struggle with carriage and licensing fees with all of these streaming services. Will those talks get more heated if Netflix runs the Roku platform? Will Netflix’s direct control of Roku make potential buyers shy away from its streaming devices?

That remains to be seen. But it would be a travesty to Roku’s current customers if a Netflix acquisition ruins the freedom to stream that Roku’s platform currently offers.

Aside from that one concern, I like everything about this from an investing standpoint. As for our Great Stuff Picks’ holding in ROKU stock, I’ll update you on that when and if we get more information on this blockbuster deal.

Crypto Buy Alert: Invest in This Coin Before…

Thing is … Ian just issued a new “buy alert.” He’s calling this one “the greatest investment in history.” And he adds: “All my data is clear. It will be 20X bigger than bitcoin.”

Click here to see how you can buy this coin with as little as $20. 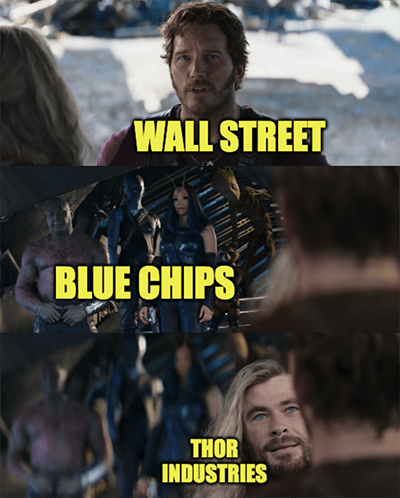 Let me say that again for the people in the back: Thor delivered a double beat despite all those macroeconomic headwinds everyone keeps hammering on about.

When you think about it, this fits with our previous theory that consumers who generally shop for luxury goods — including secondary vehicles that, let’s face it, probably sit in a driveway most of the year — still aren’t feeling the full force of middle America’s cost crunch. (Bully for you lot.)

Now, Thor did caution that demand could slow in the second half of the year — depending on how the economy shakes out. But that didn’t stop investors from celebrating and pushing THO stock 3% higher today.

Animal Crackers In My Soup 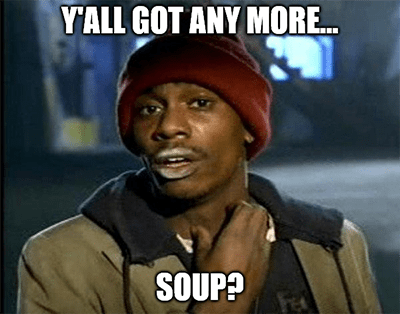 Here’s some food for thought: If you’re worried about a recession, Campbell Soup (NYSE: CPB) could be a good place to park your cash.

Hear me out before you throw your soup spoon at me.

For one, Campbell isn’t one of these cyclical companies that gets destroyed during down periods. It sells products that people need in order to survive — and that they’ll pay up for even when times get tough. (RVs, not so much … sorry, Thor.)

For two, did you happen to catch Campbell’s latest sales forecast? After delivering an adjusted quarterly profit of $0.70 per share, the Soup Nazi now expects organic net sales to rise between 1% and 2% — compared to analysts’ previous estimates of a 1% decline to a 1% rise.

When asked if Campbell had room to raise the price ceiling on its goods or whether it had topped out already, CEO Mark Clouse said: “The idea that there is no room for any more pricing, I don’t think that’s particularly accurate or realistic.”

So there you have it. Campbell still has pricing power on some of the country’s most essential food products — and people have shown they’re willing to pay for said products even as costs increase.

Can you say inflationary hedge? Of course you can.

The Spirit Is Willing

Spirit Airlines (NYSE: SAVE) is struggling to decide which direction it should fly now that it has two potential buyers in JetBlue (Nasdaq: JBLU) and Frontier Group (Nasdaq: ULCC) — so much so that it’s postponing its special shareholder meeting discussing the merger for another month.

The decision closely follows JetBlue’s latest ploy to up the bid for the budget airline, which now sits at $31.50 a share — higher than the $30 per share it had previously proposed.

Clearly, JetBlue’s offer was good enough that it made Spirit’s board do a double take … which could spell disaster for Frontier’s weaksauce proposal to pay $250 million for Spirit’s fleet “if the merger between the two [other] airlines failed to go through.”

I don’t know about you, but it doesn’t sound like Frontier’s fighting very hard to snatch Spirit away from its rival. And if shareholders think they have a longer runway of growth ahead of them by joining JetBlue, logic says they’re gonna go where there’s more money to be made.

Something tells me this isn’t Spirit’s final Frontier … if you know what I mean.

Everything Is Proceeding As I Have Foreseen 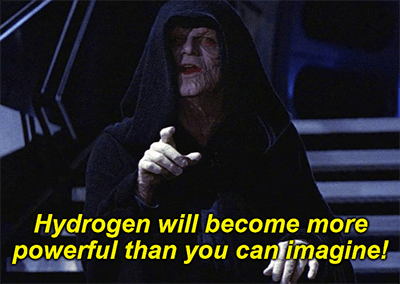 Green hydrogen … you know, the stuff some of you said didn’t even exist?

Well, it does exist. In fact, green hydrogen is now in such high demand that Plug Power is building a new 100-megawatt plant in Belgium to produce this stuff.

Once complete, the 28-acre facility will be able to churn out 12,500 tons of the green gaseous goo — completed with Plug’s own electrolyzer and liquefaction technology.

I know some of those words…

Fancy science stuff aside, Plug will now be in a better position to serve early adopters of hydrogen fuel cell technology … including Walmart (NYSE: WMT), which inked a deal with Plug Power in early April.

Following news of this new plant — and with the market in a veritable tailspin of terror over ongoing economic concerns — there’s really never been a better time to add PLUG stock to your portfolio.

But if you’re already fully plugged in on PLUG, check out what else just happened in the new energy market: One former Tesla employee just released a brand-new innovation promising to make every electric vehicle (EV) out there instantly obsolete.

And it goes beyond just EVs: His new technology is rolling out to power 50 million homes and businesses, setting up a new market 10X bigger than EVs — and you can buy in right away.

What’s better than a Wednesday to sit back and chillax with some Netflix?

You thought you could get by without sharing your take on the tantalizing possibility of a tie-up?

This one especially goes out to you ROKU investors, all y’all who have stuck with the streamer alongside Great Stuff Picks: Do you think Netflix should buy Roku? Or is Roku better off flying solo?

Looking for last week’s poll? You’re in the right place!

Last Wednesday, we were talking up EVs — and the charging stations powering said EVs.

Oh, c’mon, when are we not talking about EVs?

You raise a valid point! Since so many of you and your fellow Great Ones are knee-deep in the EV investing game (I don’t wanna picture that), we wanted to know one thing: If the availability of charging stations wasn’t a concern, would you buy an EV?

Let’s see if that’s the deciding factor for y’all. About 39.4% of you said yes, you’d switch to drivin’ EVs in a heartbeat! That is … if chargers were as readily available as their gas station counterparts.

Another 32.3% of your fellow Great Ones are waiting on hydrogen power before making the jump. I still count y’all on the EV side … for the sake of argument. So for 71.7% of you, it’s just a matter of time (and availability) before you buy an EV — electric, hydrogen or otherwise.

That said, 28.3% are sticking with gas and not givin’ it up. There’s no judgment here … but I’m only half-surprised y’all were in the minority on this one.

As always, if today’s poll answers didn’t cut it for you … or you have more to say on the topic … email us at GreatStuffToday@BanyanHill.com. Rant away, Great Ones. I’m looking forward to it.

Meanwhile, you can also keep up with all the Great Stuff action you might have missed right here: 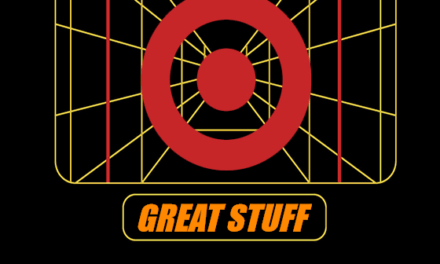 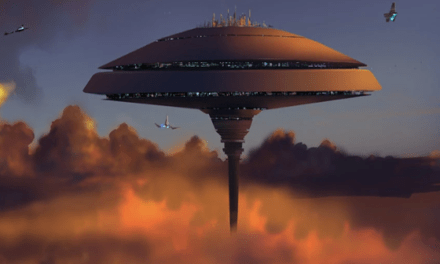