Millennials Love Meme Stocks. Here’s How to Spot the Next Big Mover 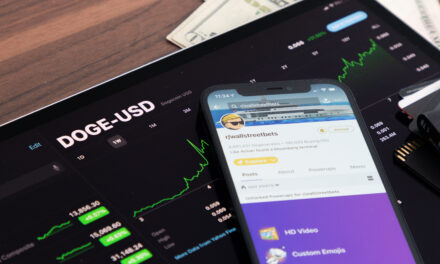 Yesterday I was randomly checking my Robinhood account when I noticed my GameStop (NYSE: GME) calls were up over 800%.

This wasn’t the first time I’ve made a nice return on one of the meme stocks. Earlier this year I bought three AMC call option contracts for $1,170 and sold them for $7,870.

And in January, I put an ungodly amount of money into dogecoin after it crossed a penny… and sold when it hit $0.07.

Mike Carr has told me there’s absolutely no way to predict these moves with traditional metrics. And he’s right.

First, I need to draw a distinction.

Mike and Chad are both systems traders. I’m a discretionary trader.

The conflict between these two camps is the stuff of great films and novels, like the Montagues and the Capulets, Jedi and the Sith, and Alien vs. Predator.

Systems traders contend that discretionary traders have no idea what they’re doing. We just swing the bat and hope to get lucky.

Meanwhile, discretionary traders counter that systems traders are too stuck in their ways. They have rules and they stick to them, but this keeps them stuck in a box and unable to adapt to the market’s trends.

Truthfully? Both are right.

When I took Mike’s Fundamentals of Technical Analysis class at the New York Institute of Finance, he said each trader needs to find which approach suits them. It all comes down to your individual psychology.

And this is where I bring it home.

This “Indicator” Can Help You Trade Millennial Stocks

When I trade meme stocks, there is only one metric I care about: human behavior.

I only care about the other people trading them.

So let’s think about the people trading these kinds of stocks… Millennials.

For the first time, millennials have disposal income they can invest in the stock market. They’re further along in their careers. The stimulus checks over the past year have helped many of them eliminate debts. And the stock market’s huge drop last year was seen by a majority of them as a fire sale.

We’ve also lived through three monumental crashes in 20 years, so we’re not going to invest in the market the same way as our parents.

And in our arrogance, we like to do everything ourselves.

So, we buy things we know — not what any suit would recommend.

And what do we know?

Video games! I was extremely shy growing up. But I loved a good story and doing things with my hands. I think I first discovered my love of stories from the great epic hero journeys in video games like The Legend of Zelda.

I know I’m not alone, either. According to Statista, the overwhelming majority of video game players in the U.S. are in the 18 to 34 age range — where the millennial generation roughly sits.

Movies! Film is one of my great loves. I personally prefer a well-made romantic comedy and high-quality drama to the trendy comic book movies, but to each their own.

You could argue that most people, young and old, love movies. But few generations have had such instant access to movies as millennials, with the advent of streaming sites like Netflix.

Memes! Memes are a huge part of millennial culture. Memes as we know them today were wrought out of the early internet culture of the mid-2000s, exactly the time most millennials were coming of age.

Most millennials are also painfully aware that it is much harder to succeed in this world than it was 50 years ago. So how do we cope? With laughter! The more ironic the joke, the better. And memes are the epitome of sardonic irony.

What are the easiest ways to invest in these things?

When meme stock fever hits, these are the first investments I look at, for all the reasons I just mentioned.

A chaotic group of disorganized people is throwing money into these things because 1) it’s funny and 2) they don’t know what else to buy. They only buy things they know.

They organize on internet forums like Reddit, and they pile in before Wall Street can even think of how to respond.

Your One-Click Method of Investing in Millennial Power

If you don’t care to invest in these, I don’t blame you.

If you’re a self-described systems trader like Mike and Chad, you shouldn’t.

But if any part of you is fascinated by these market developments as I am, there’s a way to get low-risk exposure while enjoying the ride.

On May 24, Tuttle Capital Management launched a new exchange-traded fund (ETF) dedicated entirely to meme investments. It’s the FOMO ETF (BATS: FOMO) and it trades on the Chicago Board Options Exchange (CBOE).

Named after the popular acronym FOMO or “fear of missing out,” you can buy it through any popular brokerage account (though it’s still too new and thinly traded to buy options on it).

While it doesn’t hold GME, it does hold AMC and a smattering of blockchain companies as a stand-in for dogecoin.

Not to mention a bunch of non-Tesla EV companies… And some pandemic-related names like Zoom and Moderna.

I bought a few shares yesterday. I don’t expect to make any money on it. I just want to see what will happen… 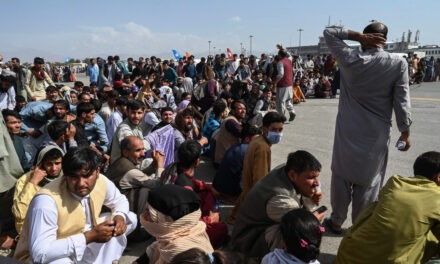 What This Former Pentagon Insider Thinks About Afghanistan 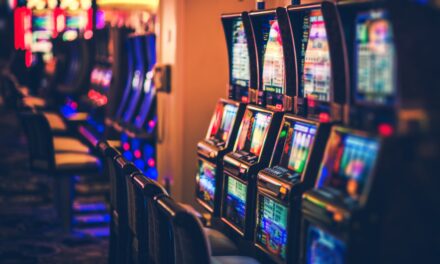 This Volatile “Roller Coaster” Stock Is an Option Trader’s Dream